Robert Bicknell, founder of British brand Flawless Jewellery, believes that to make premium standard jewellery, you need to keep everything close to home. His specialised team find a gemstone, draw inspiration from it, design and produce a piece, and then never replicate it. His pieces are truly one-of-a-kind. We chat to Robert about his journey from growing up in a deprived area in South-east London to presenting his jewellery to the Queen. 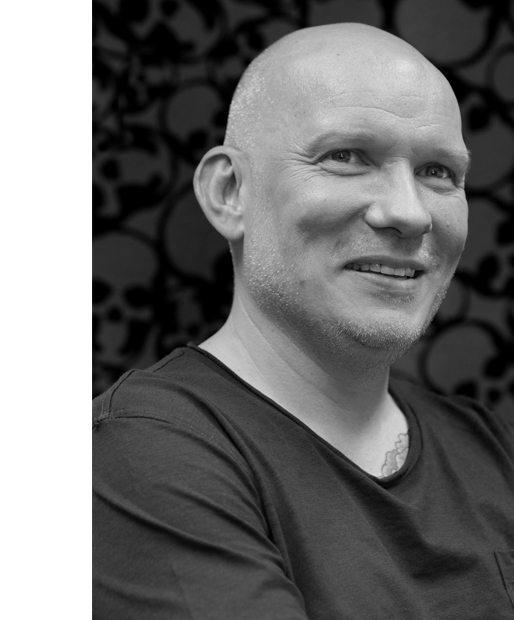 Aged 15, Robert had what you might call, a 'rebellious streak'. After being persuaded to channel his energy, his head of year sent him on an adults silversmithing evening class. “I was a little daunted at first, walking into a room full of adults, but once I started I instantly knew this was something I both enjoyed and was actually good at, even better than most of the adults! That inspired me to create a career in the jewellery trade and at 15 I signed up for a full-time 5-year apprenticeship as a Diamond Mounter in a traditional manufacturing workshop. I haven't looked back since.”

His life could have easily taken a very different path 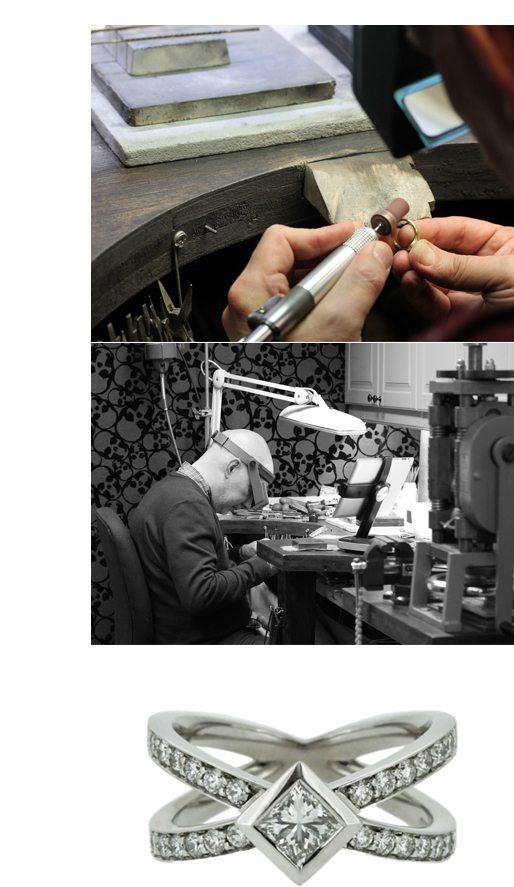 Robert grew up with his close-knit family in Kidbrooke in South-east London. “My grandmother and aunt lived with us so I was always surrounded by women!” There was a lot of deprivation in the area Robert grew up in, and from a young age he knew that he wanted to achieve something with his life. “It's a bit of a cliché, but I wanted to make something of myself. When I look back I am really proud of the journey I've been on, and I know there are a few people who I went to school with whose lives have taken very different paths. My life could have taken a different turn if I hadn't had the drive and ambition to do something with it.”

"My life could have taken a different turn if I hadn't had the drive and ambition to do something with it.”

Robert completed his traditional 5-year Diamond Mounter's apprenticeship in a Hatton Garden workshop, which taught him to never accept anything less than perfection. “I sat right next to my master (the man who taught me) at the bench and if I made even the slightest, tiniest mistake he would know it and make me start again from scratch. It was a steep learning curve, but it has ingrained in me the highest possible standards, knowing that there are no shortcuts, and never accepting anything less than perfection.”

From working in antique restoration to being headhunted by the largest workshop in Australia, Robert has worked in many areas of the jewellery industry. But having no influence over the designs he was making for brands soon became dull. “The designs were the same year after year and I found I cared about the quality and craftsmanship much more than they did. I wanted the freedom to create my own designs and I wanted to build relationships with customers instead of shop assistants. I decided to open my own boutique with a workshop in-house, and thankfully it was so successful I opened my second store a couple of years after.”

He has presented his jewellery to The Queen

As part of The Queen’s diamond jubilee celebrations, Robert was chosen to present his jewellery to The Queen. “She was really interested in how it was made and wanted to know how I'd trained and got into the industry. She even quipped that she had quite a jewellery collection herself! It was a real honour to be asked to meet her, I wasn't actually told it was going to be her until they'd vetted me, all I was told was it would be a VIP (they weren't lying!).”

“True British craftsmanship is key to our ethos. I want my customers to look at their jewellery after 20 years and be as happy as they were the day they bought it." 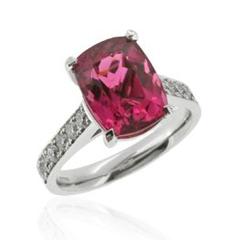 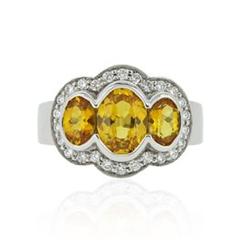 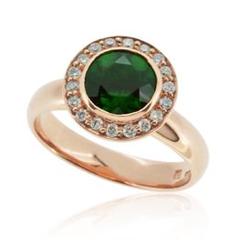 He believes in true British craftsmanship that lasts for years

“True British craftsmanship is key to our ethos. I want my customers to look at their jewellery after 20 years and be as happy as they were the day they bought it. Every piece we make is crafted by hand and designed by us in-house. A piece of jewellery is more than just metal and gemstones, it has a special sentimental value, and we make sure this is reflected in the quality of our pieces.”

He made his own wedding ring

His most meaningful piece of jewellery is his wedding ring. “I made it from scratch by hand, and set it with a row of brilliant diamonds. As soon as I finished, before I'd even put it on, it hit me that this was my wedding ring, the ring I'd be wearing for the rest of my life, and I instantly felt like it was a part of me.”

He never buys materials in bulk

“We do not buy in bulk at all. It's so important to us that every piece we make is unique and the gem is unique. We have a network of dealers all over the world who all specialise in ethically-sourced gems so we can be 100% happy that they are ethical and traceable.” Their designs are hugely influenced by the gemstones themselves. “Nature creates these magnificent precious gems; it's our job to enhance her work, not detract from it. Once we've found the right stone, the design starts to map itself out in my head. I can visualise what would make that gemstone look the very best that it can.”

“I've worked on jewellery for royalty and celebrities, which is obviously an honour, but I love getting to know people and their reasons for having a piece of jewellery made - it makes each piece a lot more special.” 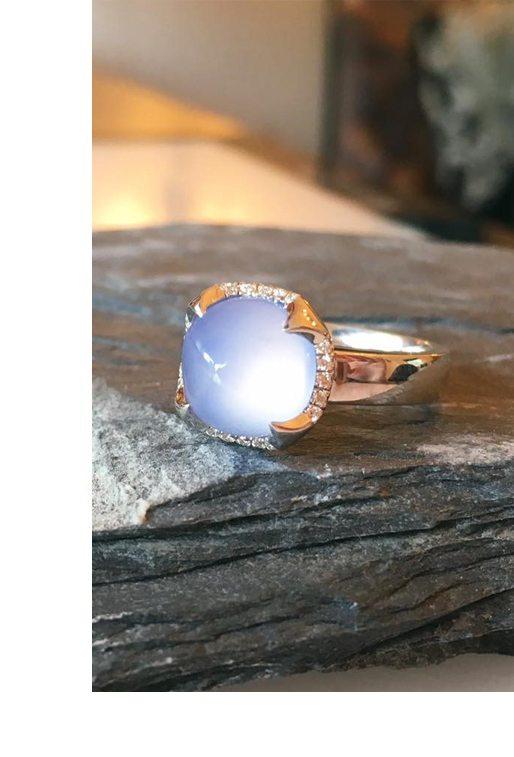 Every person in his team has a specialist area

Every piece in designed, handcrafted, polished, photographed, publicised in-house by the expert team. “Each member of the team specialises in their own area, meaning the very best standards are applied at each stage.” Every gemstone is handpicked by Kaylie, their gemstone expert, who spends hours measuring, magnifying and lighting them to ensure they all meet Flawless standards.

He has complete job satisfaction

“My job makes me so happy, and I believe my jewellery makes my customers happy, and as long as that continues there's more work to do. I have so much freedom to design and create, but there's always more; I have so many ideas always buzzing around in my head. There are a million new pieces I'd love to make (if I had the time, or 10 pairs of hands!).” 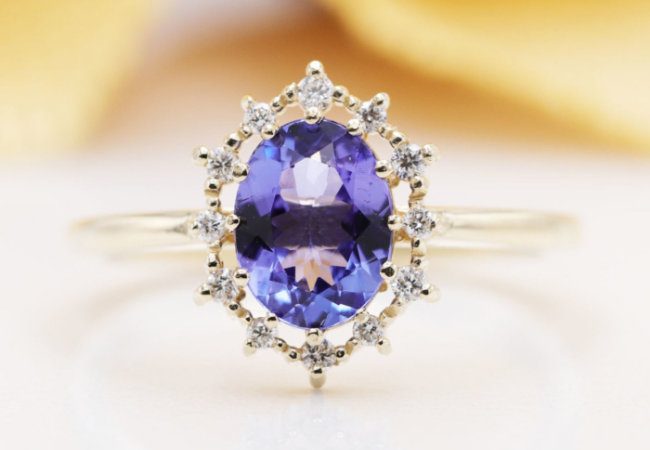