The world's most famous rubies

Rubies have a long and mysterious history. Vibrant and alluring, there’s a reason these are one of the most coveted gemstones. For some, the rogue hues are just too tempting to resist. Some of the most expensive stolen rubies remain missing even today from jewellery heists and conspiracies. As June is nearly over, we’re getting up close and personal with the July birthstone - the sexy and seductive ruby. Discover the five most famous rubies of all time. We warn you though… these glittering jewels will certainly make you hungry for this blood red temptress. 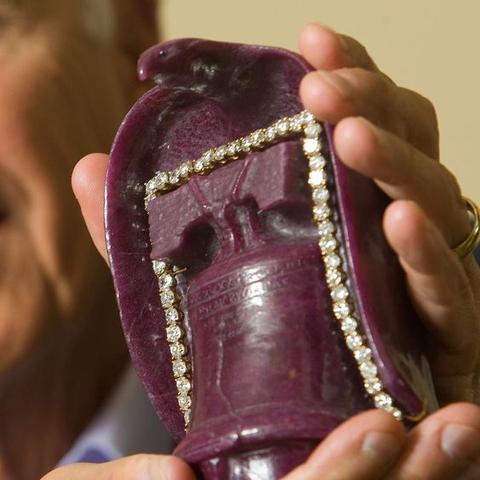 You’ve probably heard of The Liberty Bell Ruby for a number of reasons. From its controversial history, to its immense size, this ruby’s whereabouts are unknown. The ruby is actually considered a sculpture. As you can see, it consists of a bell emerging from the deep red gemstone, adorned with fifty white diamonds. The ruby was stolen in 2011 from a jewellery store in America. Valued at approximately two million dollars, its iconic narrative and unusual design makes this one of the most famous rubies known to man. Whilst four men were arrested for the theft of the gemstone, it is yet to be recovered. 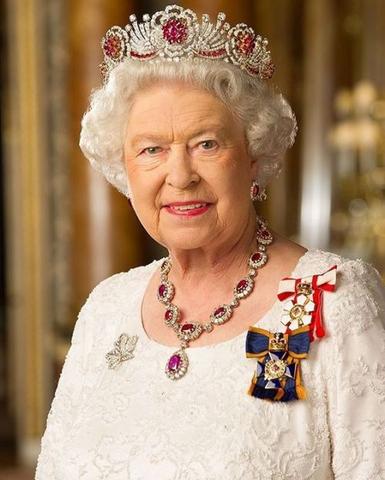 The Burmese Ruby Tiara is one of the few items of ruby jewellery worn by the Queen of England. Using precious gemstones from the royal collection, the Queen had the tiara made in 1973 by renowned jewellers Garrard & Co. The 96 rubies featured in the floral design were gifted to the Queen in 1974 from Burma who carved the gemstones with the intention of warding off sickness and evil spirits. Just last month, the tiara hit the headlines after the Queen was pictured wearing it during Donald Trump’s state visit to the UK… coincidence? We’ll let you decide. 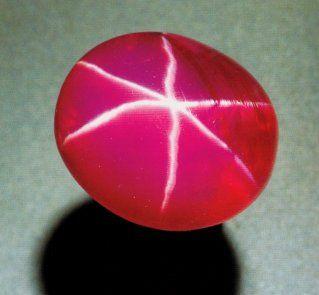 This famous gemstone is not what most people consider a typical ruby. The DeLong Star ruby was discovered in Burma in the 1930s. Featuring a distinct star design, this ruby is fascinating for it’s unique facade. Now residing in New York’s Museum of Natural History, this ruby did not always have such a peaceful existence. In 1964, the ruby was stolen along with other famous gemstones in what is now known as one of the greatest jewellery heists of all time. Some were recovered in a bus depot, but the DeLong Star Ruby was only retrieved through a ransom in Florida the following year. 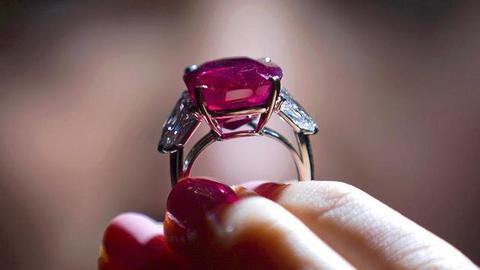 The Sunrise Ruby is the world’s most expensive ruby. Reaching an incredible $30 million at Sotheby's annual Magnificent and Noble Jewels auction in 2015, the Sunrise Ruby surpassed the previous highest value ruby, The Graff Ruby, by almost triple. Weighing almost 26 carats and radiating a rare pigeon blood colour, the brilliance and clarity of this famous gemstone is breathtaking. Its name comes from a work written by the 13th century Persian poet, Rumi, which encapsulates the romantic and profound spectacle that is the Sunrise Ruby. 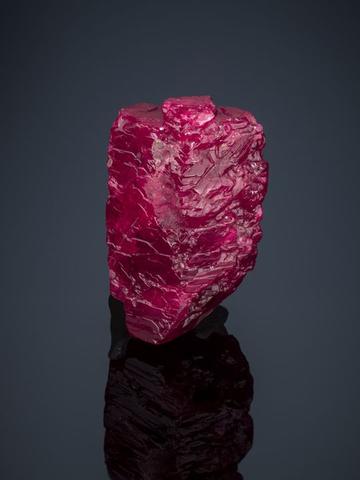 It is not often one sees a gemstone as sought-after as a ruby in its original crystal state, which is why the Hixon Ruby is one of the most famous rubies of today. The ruby was donated to the National History Museum of Los Angeles in 1978 by Frederick C. Hixon. As most rubies are immediately cut and commercialised, the Hixon can be viewed in all its natural glory and is marvelled at by museum-goers every day. From its glittering surfaces to its rich red colour, this ruby arguably inspires more awe than those cut and made into jewellery.

Why not treat yourself to some dazzling ruby jewellery this July... we know how tempting they are.