On Sunday 21st April, it is Queen Elizabeth II’s birthday! The Queen of the United Kingdom and the Commonwealth will be celebrating her 93rd birthday and as the longest-reigning British monarch and popular member of the royal family, she deserves to be celebrated in style. The Queen has been in power since 1953 and has governed the UK through times of trouble. Her Majesty has also taught us a great deal about fashion.

Queen Elizabeth makes many public appearances and always looks colourful, powerful and adorned in jewels. Whether she’s on the throne rocking a tiara or seen out and about in a Barbour jacket, the Queen always looks glamorous. Couture designer Karl-Ludwig Rehse has been designing Queen Elizabeth’s outfits since 1988 and has stated that her outfits take months to prepare for events, sometimes 6-12 months before. Harry Collins of G Collins & Sons has held the Royal Warrant for over 20 years and is known as Her Majesty The Queen’s Jeweller. Harry has made countless jewellery items for the Queen, using the finest jewels. Queen Elizabeth is regularly gifted gemstones from other countries which she later has made into tiaras or necklaces.

Pick a colour and coordinate 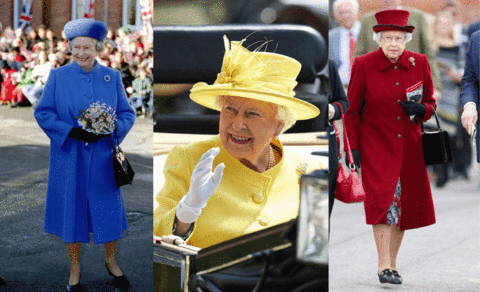 The Queen definitely knows how to power dress and is regularly seen standing out from the crowd in bold block colours. Whenever the Queen makes an appearance, the public and media outlets try and guess which colour she’ll be wearing. The Queen has made her way through the colour spectrum, choosing from pastels and neon colours. She is a big fan of yellow and blue, and always makes sure to match her hat and jewellery to her clothes.

Always have the essentials 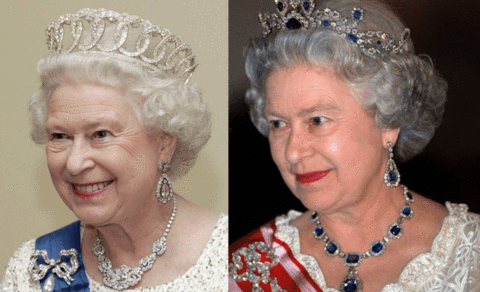 The Queen owns some of the most luxurious and expensive jewellery in the world, but she always makes sure that she has her staple jewellery items. Queen Elizabeth is never seen without a pair of earrings, either studs or simple drops. Next, she wears a necklace, containing one or two gemstones and matching the colour of her clothes. Finally, the Queen loves a brooch and always makes sure to wear one on her right hand side. Queen Elizabeth also sticks to traditional gemstones, like pearls, sapphires and rubies. 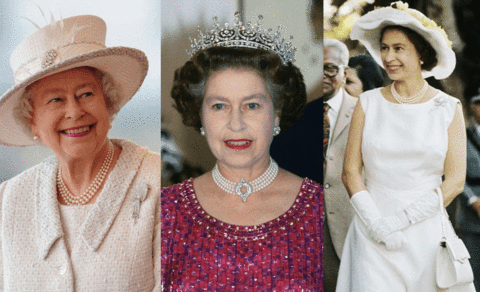 Time and time again, we see Queen Elizabeth wearing pearls. Whether it’s a simple pair of pearl earrings or an over the top pearl choker, like the Japanese pearl choker commissioned for her by the Japanese government, the Queen is rarely seen without pearls. She is regularly seen wearing a three strand pearl necklace which was gifted to her by her father King George VI after her marriage to Prince Phillip. The Queen shows that pearls are classy, elegant and chic, and if it’s good enough for the Queen, then it’s good enough for us! 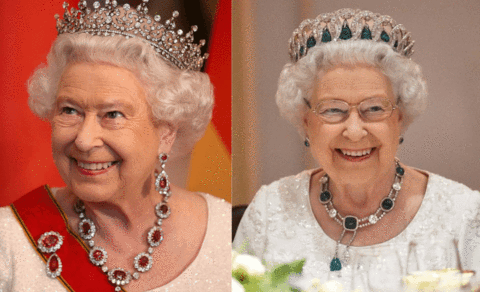 Queen Elizabeth inherited many of her jewellery pieces from the royals before her. Her crowns are from her ancestors, but the Queen always makes sure to put a modern twist or extra embellishment on them. Diamonds that make up her engagement ring were taken from Princess Alice’s tiara and the Queen owns and wears many of the pieces from Queen Mary’s jewellery collection. Queen Elizabeth is a big fan of matching her necklaces to her tiaras. Many of the tiaras she wears were created in the 1800s and she has added extra jewels to them over time. 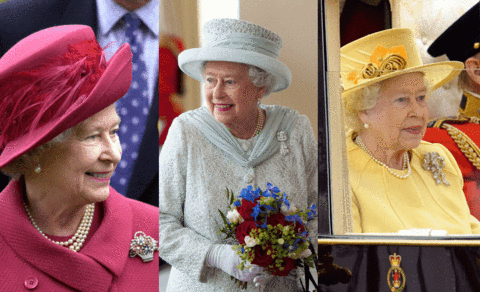 Queen Elizabeth is rarely seen without a brooch. At William and Kate’s wedding in 2011, she was seen wearing the Lovers’ Knot brooch. Formerly owned by Queen Mary, the bow-shaped diamond brooch perfectly complimented her yellow outfit and symbolised the love that William and Kate vowed to each other. Her brooches tend to be made from diamonds, but her flower basket brooch included rubies and sapphires. As well as necklaces, the Queen’s parents also gifted her brooches. Most notably, the Cullinan III and Cullinan IV was given to Queen Elizabeth after she gave birth to Prince Charles. The two stones are made up of 63.6 carats and when put together, they make a beautiful luxurious brooch.

Take Queen Elizabeth II’s fashion lessons and create your own regal and luxurious look! Here are some ideas: 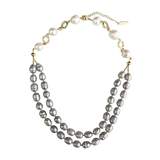 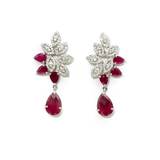 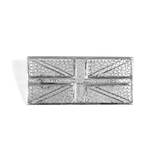