Today is the legendary Tina Turner’s 80th birthday. The Queen of Rock ‘n’ Roll, Tina Turner is one of the best selling recording artists of all time, with an impressive repertoire of top hits including ‘Proud Mary’ and ‘What’s Love Got To Do With It’. You might say that she’s simply ‘The Best’ (sorry not sorry).

Tina Turner has done it all and tried all the trends. Starting her career in 1958, Tina quickly became a star. Following her split from ex-husband Ike, Tina reinvented herself and launched a major career as a solo artist. Her 50-year career not only spans her music but also her style evolution. In celebration of her birthday, we’re taking a look at Tina’s best style moments throughout her successful career. 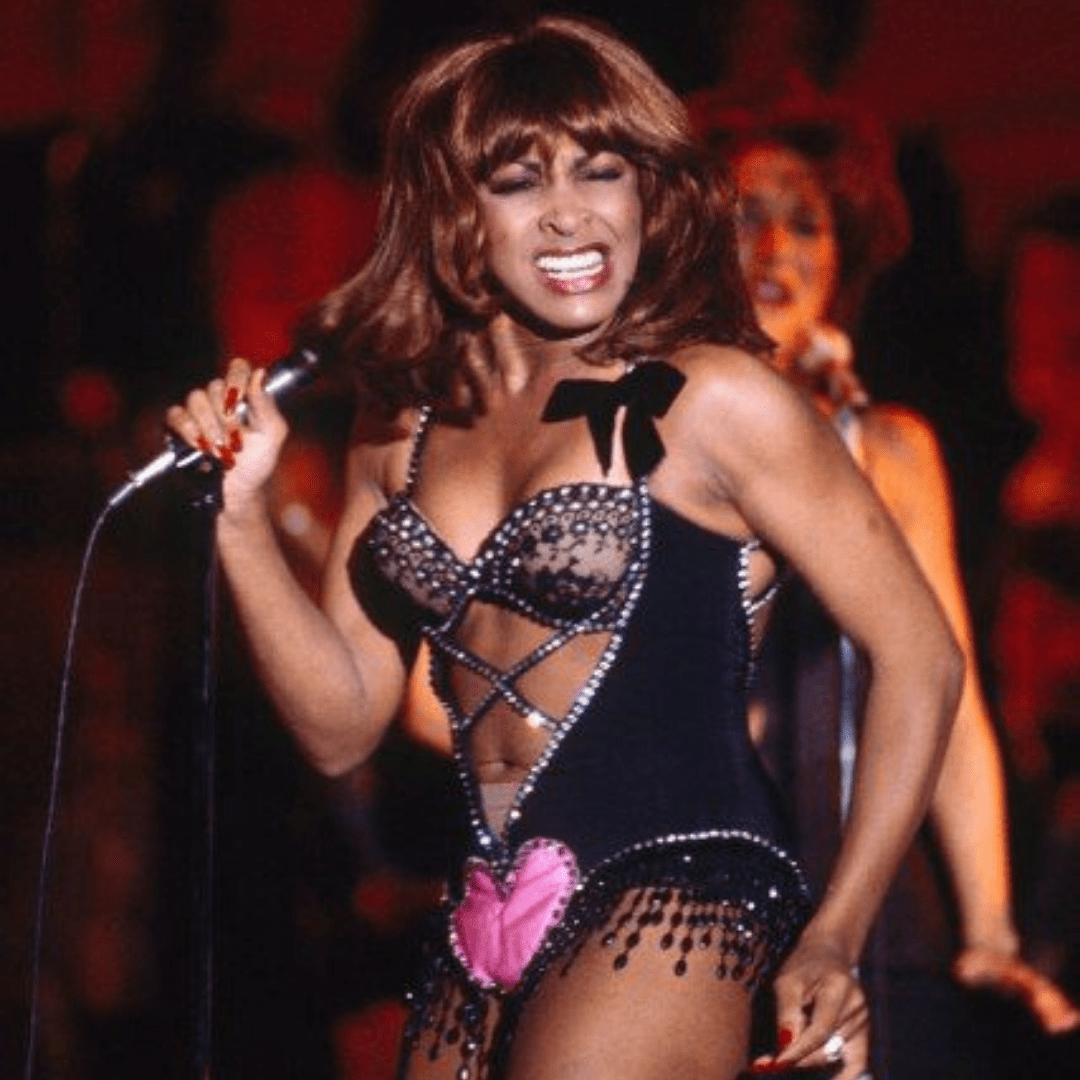 After leaving Ike in 1976, Tina Turner completed reinvented her stage act and went to legendary designer, Bob Mackie for outfits. This iconic sexy outfit is quintessentially 70s Tina - lots of sparkle, lots of skin and lots of sheer. This look is made up of a gem studded bra, a sheer bodice and a vibrant pink heart. The look is completed with a single stocking, giving it extra sex appeal and showing off Tina’s killer legs. 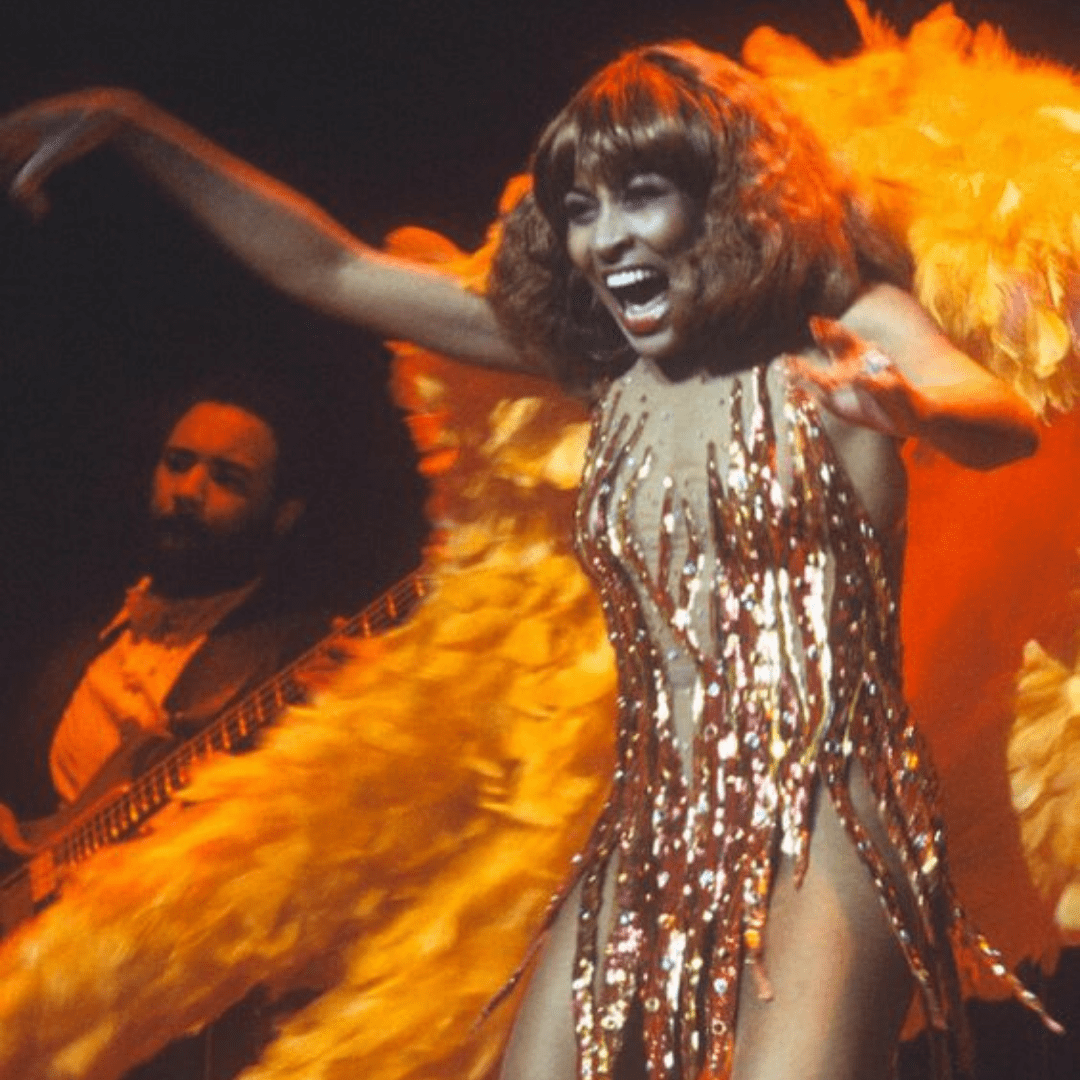 In 1978, Tina turned to Bob Mackie again for a vibrant and powerful concert costume. Bob Mackie’s signature design has also been worn by Cher and Beyonce but Tina amped it up. Looking like she was emerging from the flames, Tina wore an infamous red sheer and fringe bodysuit, with extra sequins. It was designed to ‘sparkle like dynamite’ and Tina paired it with an orange feathered back piece for extra pizzazz. 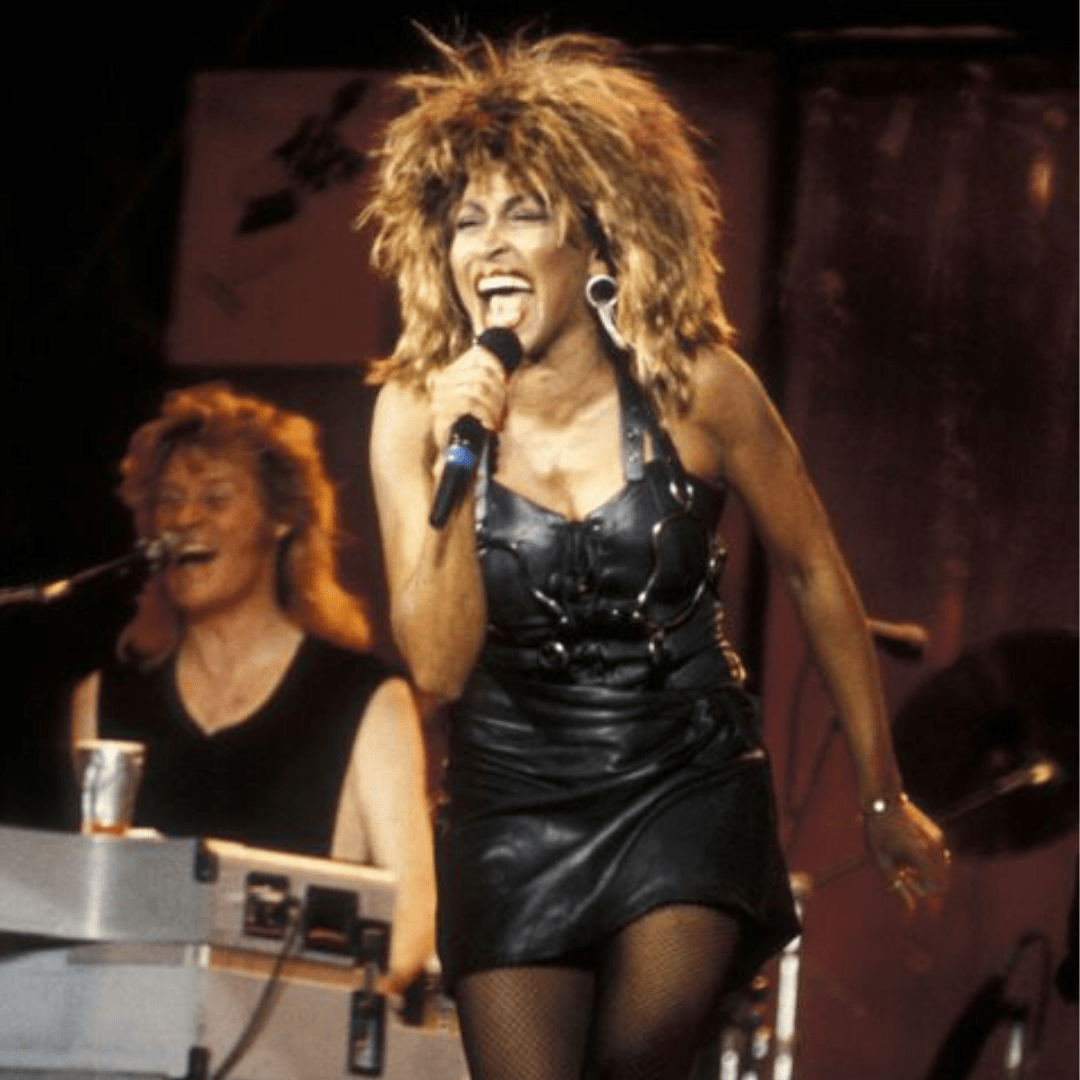 The 80s is where Tina truly became the Queen of Rock ‘n’ Roll and when she started experimenting with denim and leather. Performing at the Live Aid concert, Tina wore a black leather dress while singing ‘State of Shock’ with Mick Jagger. Complete with fishnets and big rocker hair, she ended up in just her leather leotard by the end of the song when Jagger ripped off her skirt. 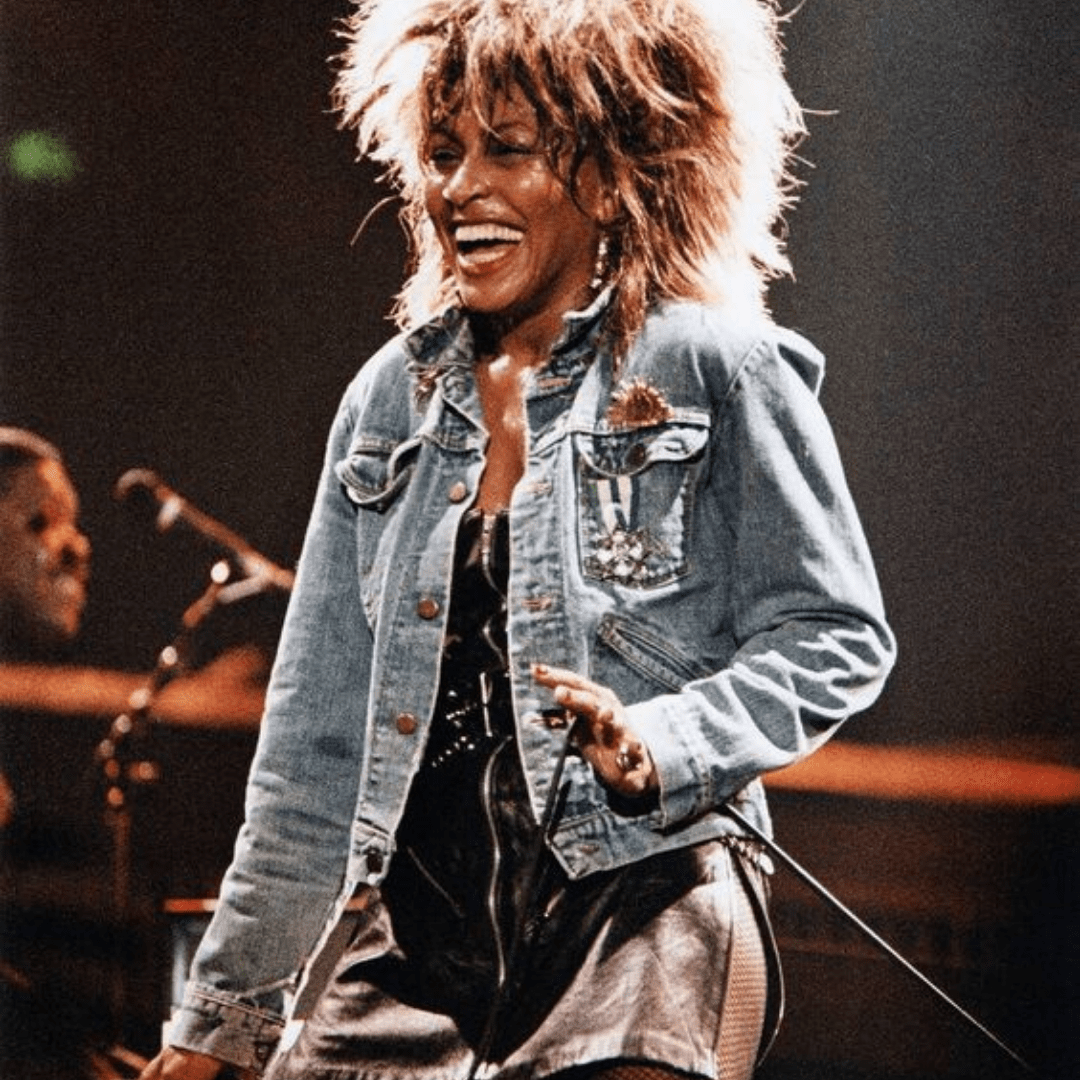 While Tina is known for her signature sheer sparkly outfits, she is also best associated with her big hair, leather dress, fishnets and denim jacket. Here, Tina was at the peak of her career and her edgy outfits combined the best of 80s fashion - denim and leather. Her jacket was studded with pins and brooches to add more edge. 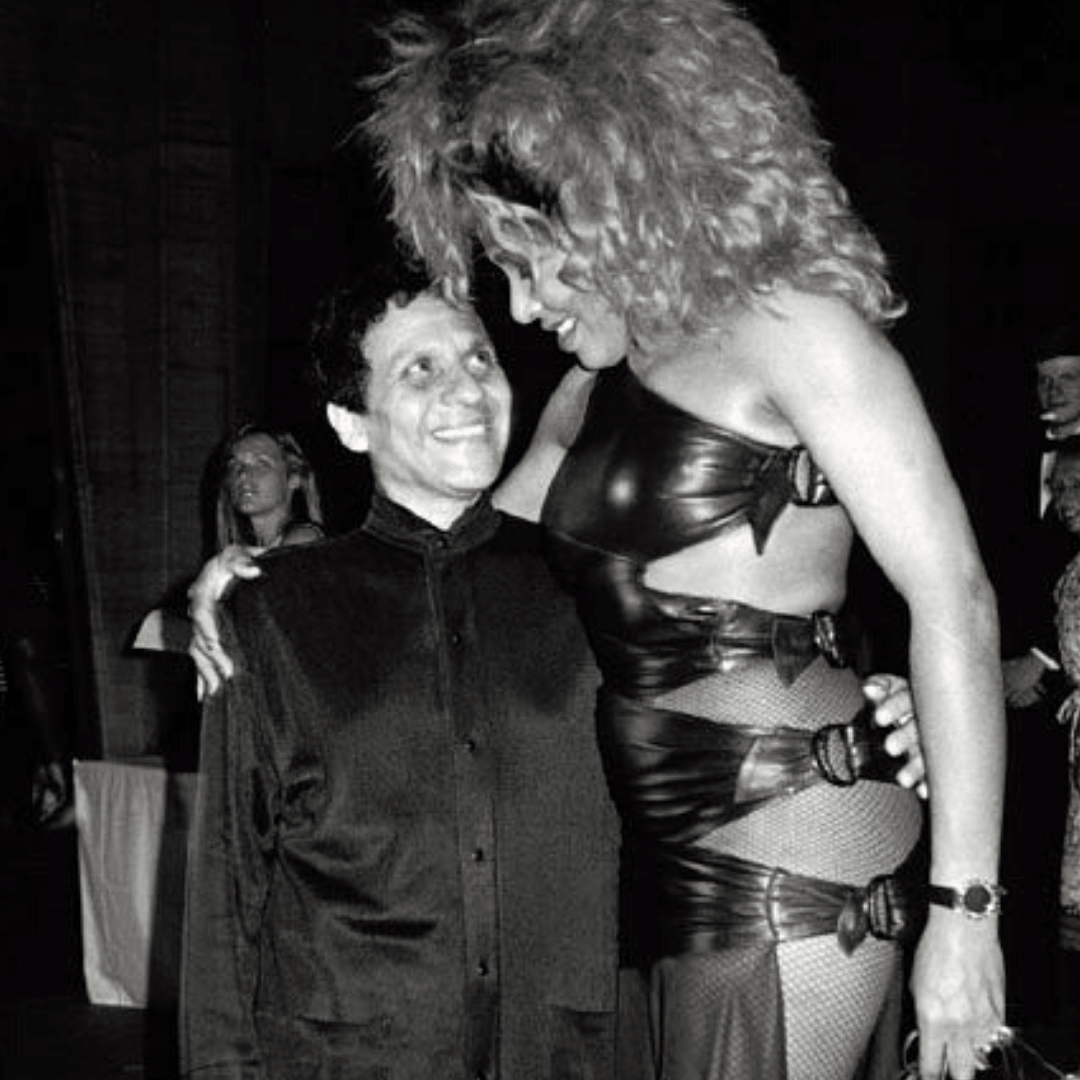 Spotted out with designer Azzedine Alaia in 1986, Tina wowed yet again in a leather ensemble. While Tina was already an expert in leather, this dress took it to the next level. The leather dress had an asymmetrical style, lower on one side and featuring peek-a-boo cutouts on the other. 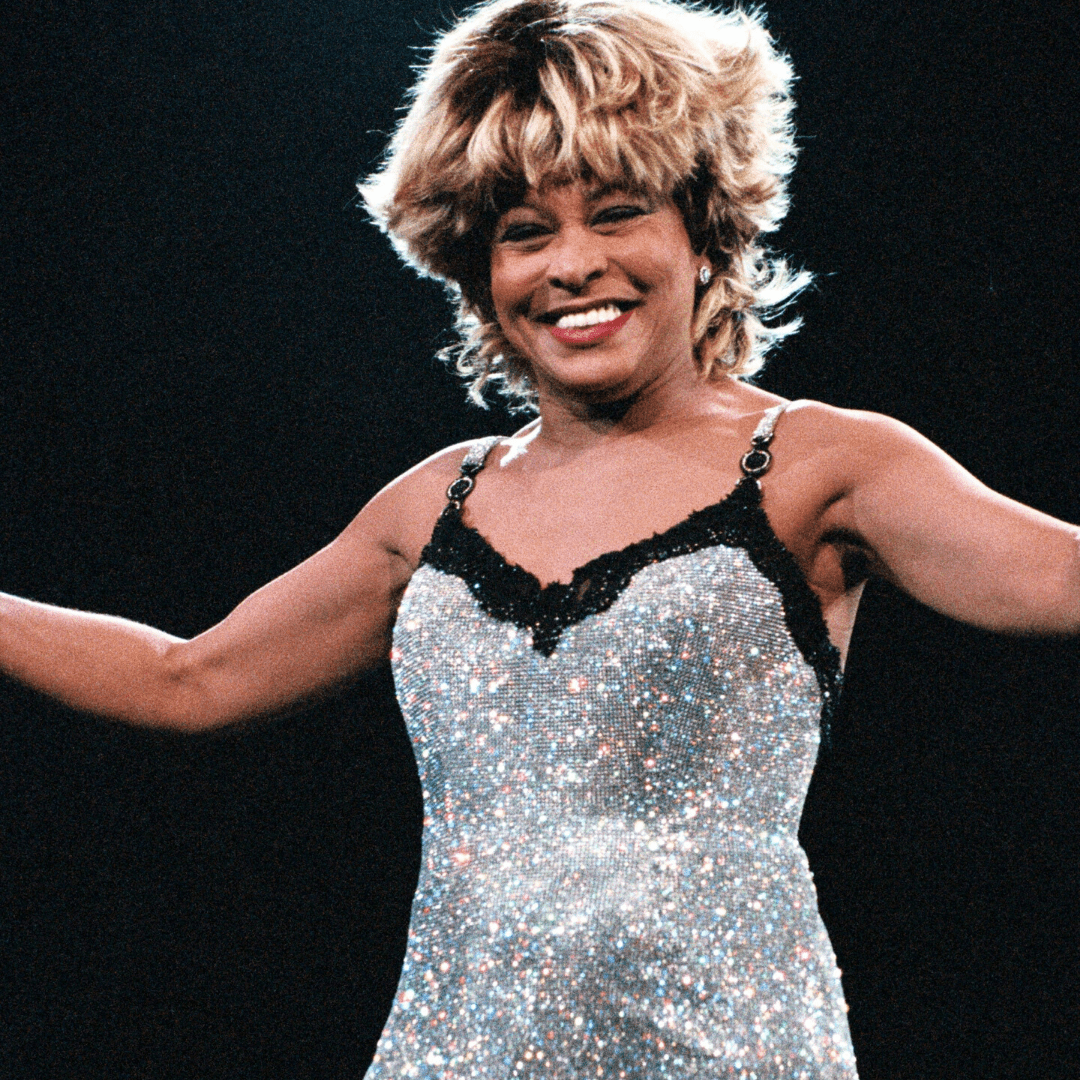 It’s safe to say that no matter her age, Tina knows what she likes and she’ll rock whatever she wants, even at 56. Performing at Wembley Stadium in 1996, Tina went back to her 70s sparkles with a Versace silver and black mini dress. With a short cropped hairstyle, Tina wowed the crowd with her killer style. Rocking this look at Wembley, Tina proved that “There are no rules that say you have to dress a certain way, or be a certain way.”

At her 2009 tour, Tina wore her costume from 1985 film, Mad Max Beyond The Thunderdome. Bob Mackie added extra sparkles to the ensemble and a blonde headpiece for more shape and illusion. The long dress had thigh high slits and big shoulder pads, to complete the daring costume. 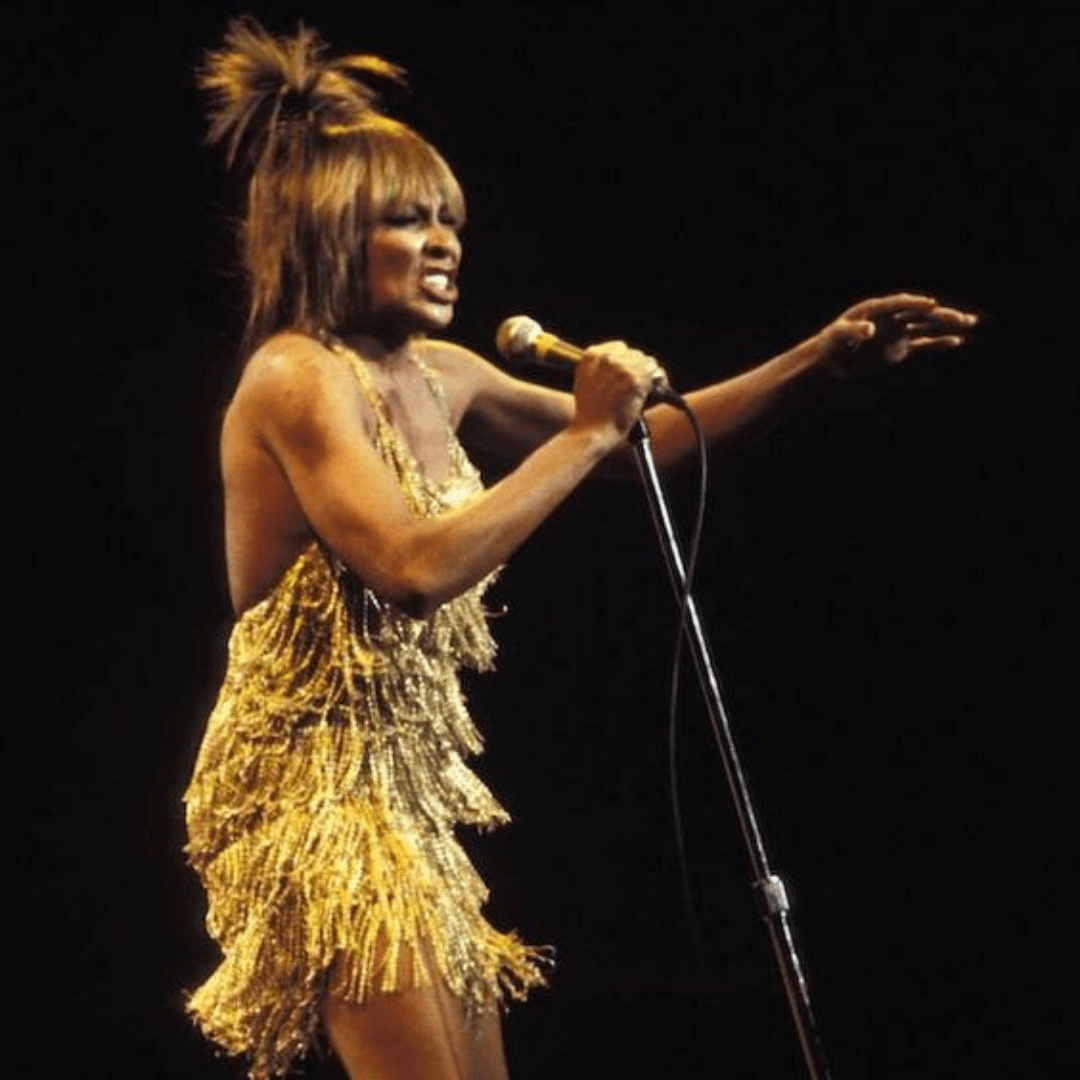 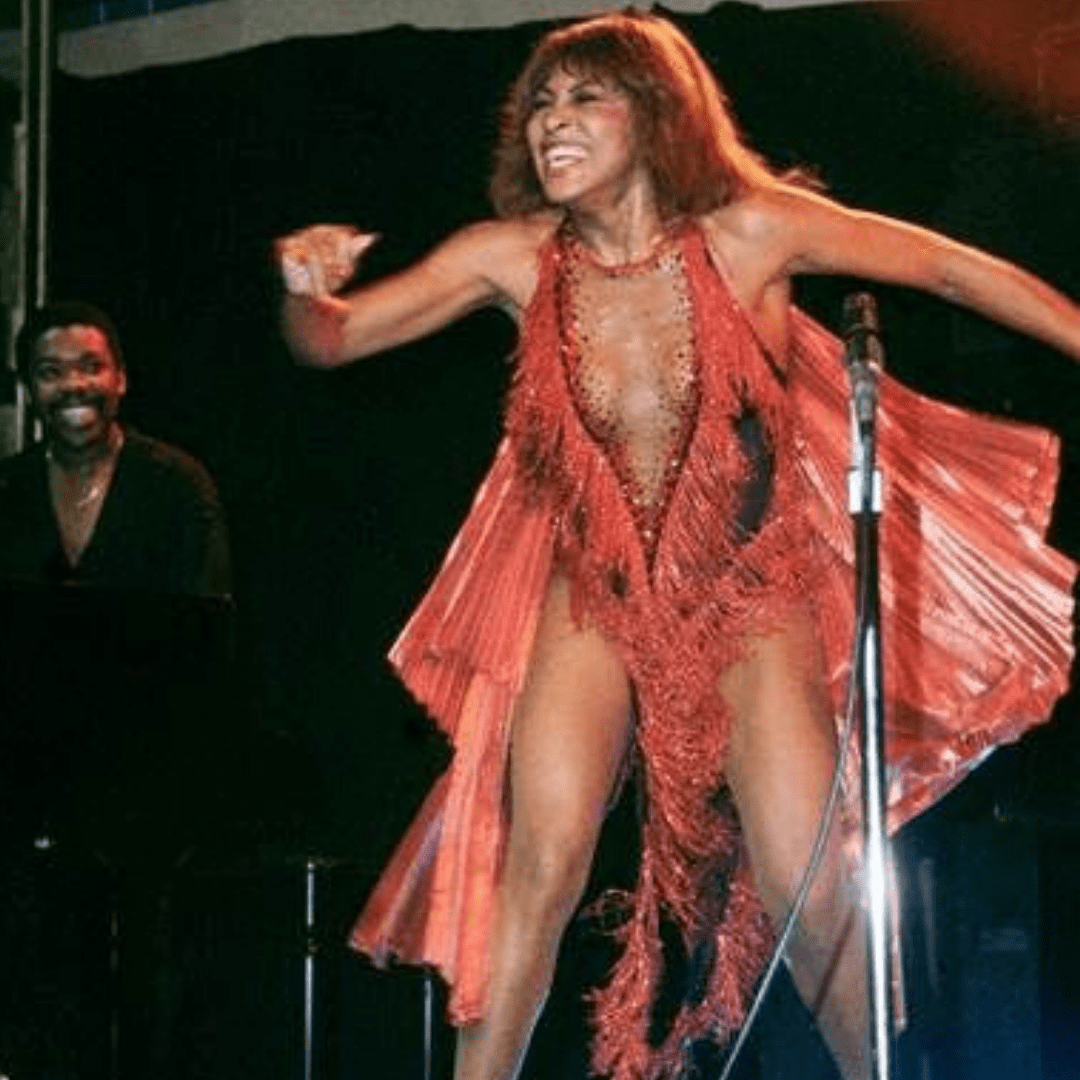 There were simply too many to choose one for our final look! Tina loves sheer… and we love Tina in sheer! Her style is over the top and while she’s tried all the trends, she’ll always be remembered for her sheer sparkly 'showgirl' outfits. Although we’ve seen this style a lot from her, she keeps it interesting with different colours and combinations, from white, to red, from black, to gold.