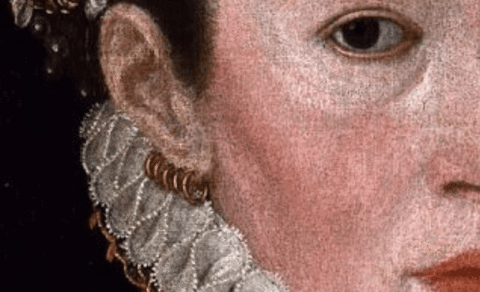 For centuries, jewellery has been a staple accessory. In this modern day and age, with the rise of social media and fashion coverage, the public is continually told what is on trend and what will make them look good. Despite the lack of technology in ancient times, jewellery was still dictated and created for a multitude of reasons, much like today.

So where did jewellery come from? The fashion industry is always looking for the next best thing and the hottest new trend. Time and time again, we see fashion and jewellery companies looking back in time for inspiration. Ancient times and forgotten eras are a constant source of inspiration and jewellery has seen many changes from then up until today, in terms of inclusivity, wearability and body image. Let’s step back in time and look at the history of jewellery design, and how it differs from today.

How the Prehistoric era started it all 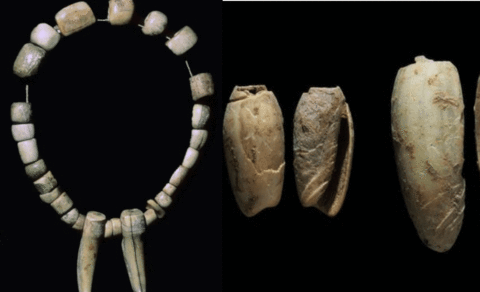 Jewellery is a universal accessory, worn by many, with various uses from prehistoric times to the modern day. The first known jewellery dates back to Prehistoric times. Jewellery was first made by the Neanderthals and early modern humans. This includes bracelets and necklaces made from shells, wood, bones and teeth. Archaeologists and historians believe that these pieces were worn to protect from danger and as a mark of status and hierarchy.

In discovering prehistoric jewellery, archaeologists found evidence dispelling prehistoric gender roles. In October 2012, Austria’s National Museum of Ancient History discovered the grave of a female jewellery metal worker. Previously thought to have been a profession carried out by men, archaeologists have since started patching together more information on jewellery making. As recent as 2017, more jewellery discoveries have been found, including proof that prehistoric humans in Australia made jewellery out of exotic animals, like kangaroos and babirusas.

Revelations in jewellery making from Ancient Egypt and Ancient Greece 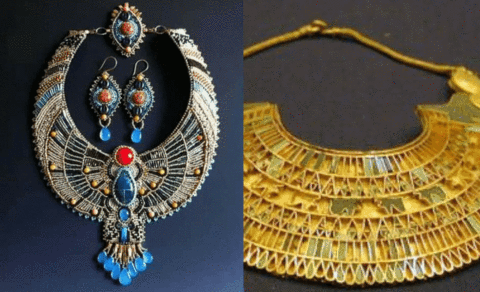 Where jewellery making becomes more established, is from the Ancient Egyptians. Worn by pharaohs and wealthy Egyptians, jewellery was seen as luxurious and possessing political and religious powers. Gold was a big part of Egyptian jewellery, and along with this came coloured jewellery. Glass was frequently used to create coloured jewels and green was a particular favourite, symbolising fertility. Along with this discovery, Egypt began to import other materials like silver and lapis lazuli for more colour and variety. The Ancient Egyptians not only wore jewellery for ceremonies and as status symbols, but were also worn in death. Many Egyptians were buried wearing jewellery or their jewels were placed alongside them, as ‘grave goods’.

In Ancient Greece, gold and gemstones were introduced into jewellery in 1600 BC. Jewellery was hardly worn by the Greeks unless there was a special occasion or the wearer had to make a public appearance. Women were predominantly the wearers of jewellery, and jewels were given to them as gifts. Jewellery was dedicated to the Gods, worn to ward off the ‘Evil Eye’ and archaeologists have noted that Greek jewellery has heavily influenced by Asia and Ancient Rome. The Greeks founded jewellery making techniques which are still used today, like casting, wire and wax work, hammering, stamping and engraving. 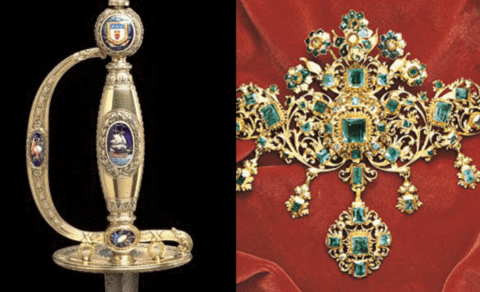 In 1200 - 1500 AD, the medieval era saw jewellery become more embellished and revolutionary. Gemstones were introduced, with many believing that gems had supernatural properties and protective values, something that still resonates with designers and wearers today. Gemstones were set into metals and could touch the skin of the wearer, so the magic of the gem would pass to them. Jewellers and goldsmiths were unable to cut gems or shape stones in the 11th Century. Gems were polished instead and were larger than the gems we see today, as well as more natural looking in shape and colour.

Medieval jewellery was typically worn to express status, wealth and nobility. The introduction and discovery of different metals also became a sign of status, with gold favoured and worn by rich noble people, and copper reserved for those of a lower status.

During the Renaissance period, jewellery began to get more elaborate and fancy. As religion was seen more in art and paintings, this passed through to jewellery. Religious brooches were worn, mainly to pin clothes together and pendants became popular. Due to the rapid growth of fine art, the Renaissance period saw an increase in gemstones, with rubies, topaz and emeralds discovered by the navy and imported from other countries.

In the 17th Century, pastels were introduced, taking over from the dark styles of jewellery. Gemstones and jewellery were used in different ways, rather than around the neck or as a brooch. Jewels were sewn into fabrics, bodices and breast ornaments. The 18th Century saw the introduction of diamonds. Diamonds dominated jewellery design and in an effort to show them off and enhance their crystal clear colour, were mounted in silver and worn in bodices.

Although jewellery was mostly worn by women, it became more accessible and used by men. Goldsmiths and silversmiths used jewels to decorate swords, as a way to differentiate rank and military service. 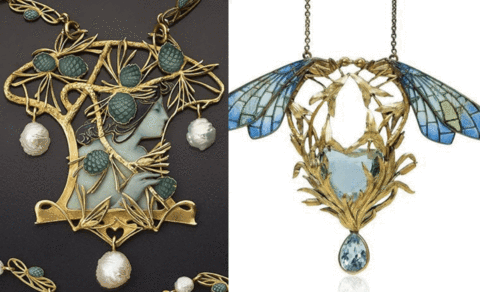 The 19th Century saw an industrial and social change, with jewellery benefiting from machines and mass production. In response to the unease of industrialisation, the arts & crafts movement rejected the machine led system and focused on handcrafted jewels. Jewellers began discovering new techniques and had a fresh burst of creativity, with jewellery making back in their hands. Many of the pieces from this time used natural and smaller gems, mainly cabochon gems.

At the end of the 19th Century, there was a dramatic shift in style to the Art Nouveau period. Enamelling became a popular technique and jewellery became more organic, colourful and focused on the female form. Insects, flowers and mythological creatures were the main motifs seen in this period.

The Art Deco period came after the end of World War I and contrasted greatly with the previous Art Nouveau style. In the 1920s, growing political tensions and the aftereffects of war saw jewellery become more sharp and geometric. The period celebrated the industrial age, better manufacturing techniques and machines, that made better quality jewellery. Modern materials were introduced like plastic and aluminium, and gemstones and gold became more popular after falling in price. 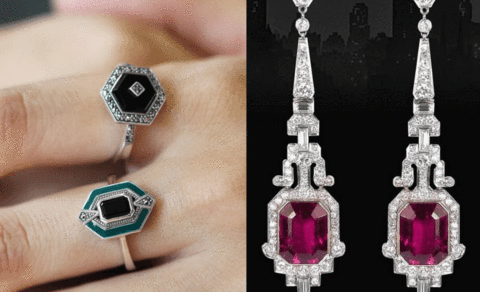 Today in the 21st Century, there are more jewellery styles, ideas and manufacturing techniques than ever before. The ancient eras have shaped the way jewellery is created, however modern times have made jewellery more universal and inclusive. Today, jewellery is no longer used as a status symbol and everyone can wear it, rather than just the rich and noble. Jewellery has become more about the body and less about clothes. Jewellery used to be sewn into fabric and was part of clothing, but today, it is a separate accessory in its own right. Jewellery has become much more wearable and is no longer saved for special occasions, but for everyday instead.

The fashion industry continually look back to previous styles, for example, baroque pearls, insect-inspired pieces and shell jewellery. While the fashion industry will always look back for inspiration, modern day jewellery continues what the Neanderthals started, creating jewellery that is more creative than ever, and it can only get better from here. 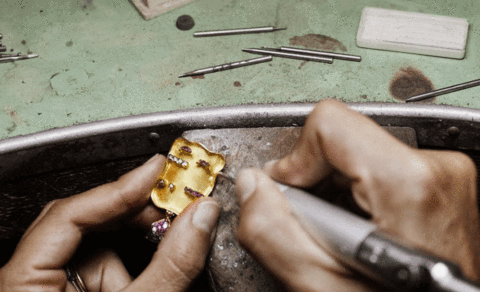