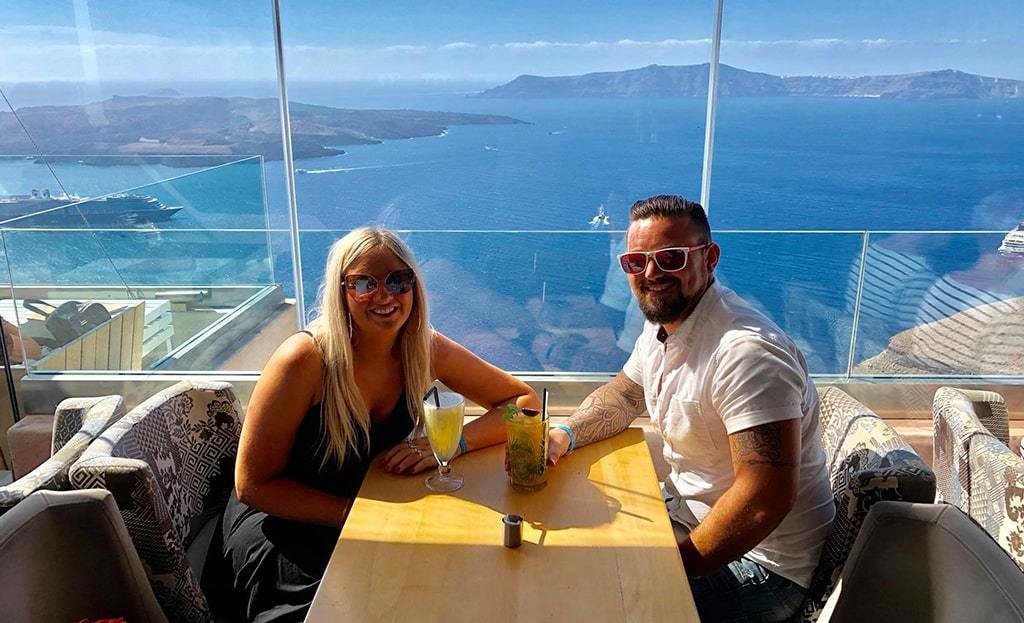 I met my now fiancé Mark in a bar one night in April 2008. I randomly decided to go out around 12am to join a friend who was meeting her new boyfriend's friends for the first time. One of them being Mark.

He was very drunk to say the least. We all stayed out until about 5am, when Mark just disappeared. I went home alone, really fancying him, but a little sad that I didn't get his number.

The next day, I tracked him down through my friend and managed to get his number. He obviously played it cool and didn't reply until the next day. The rest is history.

He decided to propose in October of 2018. We had been together for about 10 and a half years at this point. We went on a holiday to Crete, and took a trip to Santorini for the day.

It was here that he popped the question. It was the biggest shock of my life!!

He had always said that marriage wasn't for him, but I think I must have swayed him! 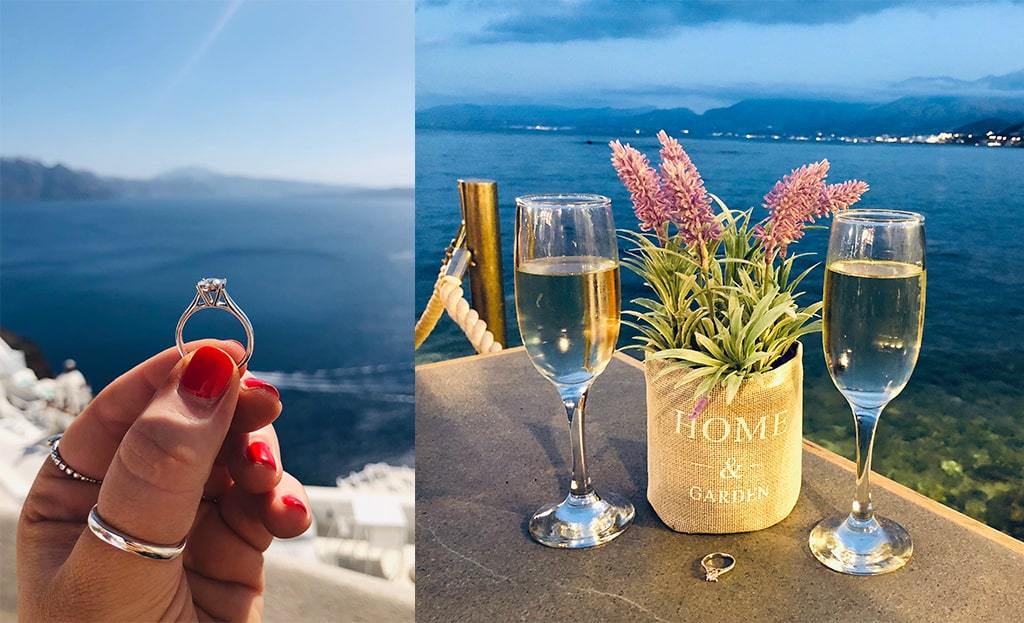 In a bizarre and surprising turn of events, Tom Read Wilson from Celebs Go Dating was on hand to congratulate our engagement! 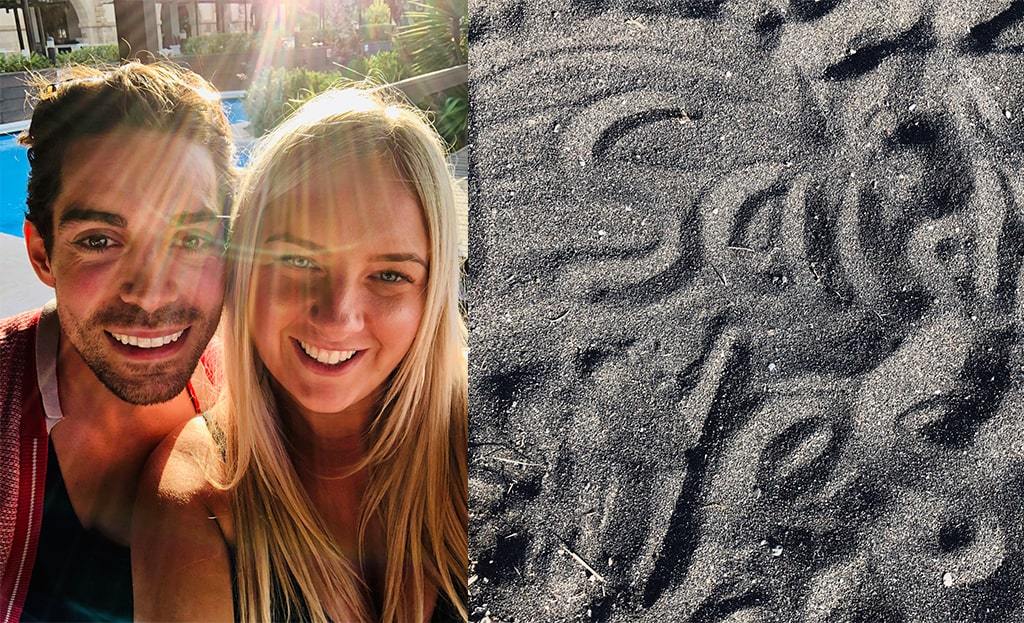 He even recorded a lovely video message for the happy couple...