We take a look into the history and myths behind aventurine meaning; a stone of luck and chance. Shop all aventurine jewellery.

Aventurine is a form of quartz that is characterised by inclusions of mica or other minersals, giving it a beautiful shimmering finish. By far the most common colour of aventurine is green, but it does also occur in other colours such as blue aventurine, yellow aventurine and brown aventurine.

The majority of green aventurine comes from India, but only the finer examples are cut into cabochons and set into jewellery as most aventurine is carved into beads and figurines. Aventurine has also been found in Italy, Brazil, China, Tibet, Nepal and Russia.

Known as the ‘stone of opportunity’ or the ‘gambler’s stone’, we explore the most popular current and historical views on aventurine meaning. 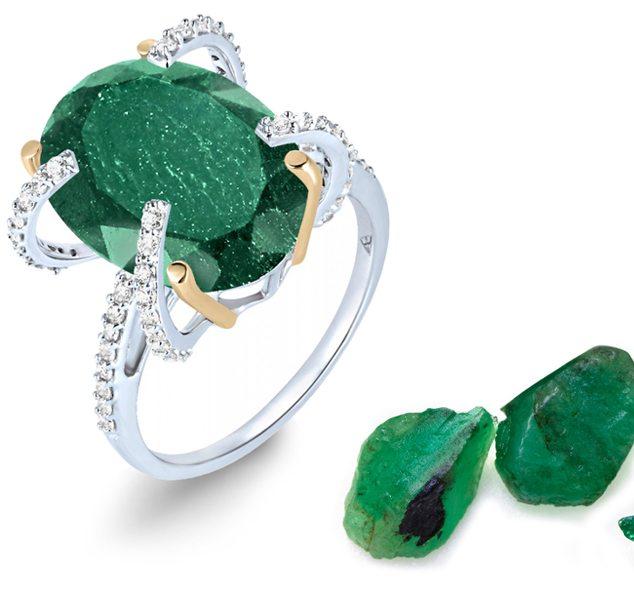 For centuries, cultures all over the world have held different beliefs about what the true aventurine meaning is and what benefits it can bring to the wearer. The word aventurine dates back to the 18th century and was derived from the Italian word ‘ventura’ meaning ‘by chance’. Records show aventurine was first discovered by an Italian glass-maker who unknowingly dropped copper filings into some molten glass, creating the glass goldstone, which aventurine used to be commonly known as. In Ancient Tibet there was a legend which claimed aventurine could help to improve near sightedness.

Aventurine meaning is commonly linked with good luck. Referred to as the ‘gambler’s stone’, aventurine is thought to be one of the luckiest of all gemstones, particularly at attracting prosperity and wealth, or increasing favour in competitions. Due to its winning energy, the stone is good at boasting your chance in any situation: from a first date to a job interview.

If you’re looking for a stone that will encourage a positive view on life, another popular aventurine meaning is its apparent positive effect on the psyche, which can help strengthen one’s sense of self and inner equilibrium. By releasing old patterns and habits, new growth can take place giving an aventurine wearer increased optimism and a zest for life.

One of the most remarkable examples of cut aventurine is an obelisk (a stone pillar) carved by Helmut Wolf, a famous carver from Germany. It weighs a mighty 2.5 tons and it stands 5.5 feet high.

Many believe that green aventurine has the ability to absorb environmental pollution. By placing the crystal in many parts of the home as possible it will improve the general energy of the home.