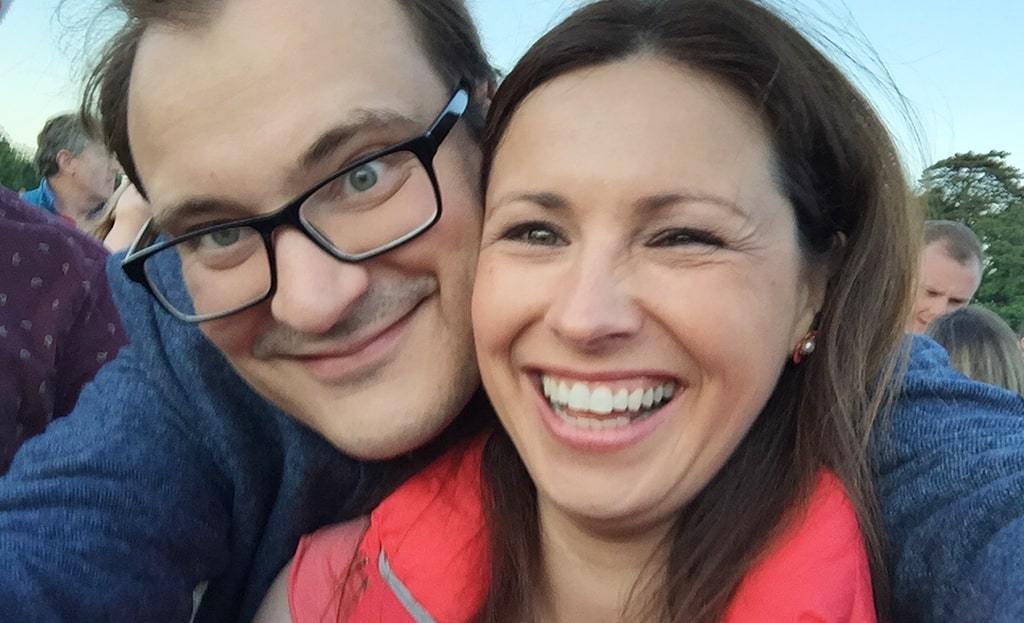 I met my partner while we were at university studying the same course.

He waited until I had finished my night shift. It was the morning of my birthday. He surprised me with lovely presents including a scuba diving course.

There was one thing left in the present bag... a jewellery box.

I thought it was earrings but when I opened it up it was a diamond ring.

Unbeknownst to me Sandy had got down on one knee and started playing a CD. The song was a song which Sandy wrote and sang, recorded with his brother for and about me called “One plus one = complete”.

Then he asked me to marry him and I obviously said “yes”!