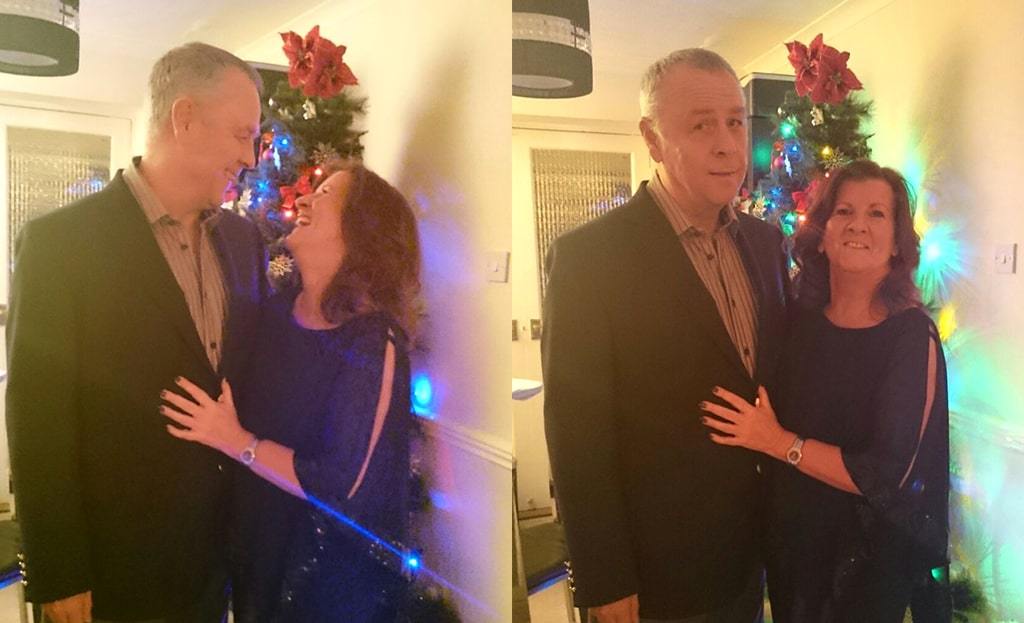 I met my partner in a Jacuzzi at my gym. I always met a friend there, and he told me that he was bringing an army friend with him as they served together. His friend was due to go back to his home town which was a four hour drive away, but decided to stay for a couple of days. We went out for dinner and he ended up coming back the next weekend. In the space of 6 months, we were living together.

He said he would never get married again as his ex wife had been unfaithful and had hurt him so badly. We were living together, I was happy even though I had suffered from cancer and has to go through all the treatments and surgeries. I have one more cosmetic surgery to go through in March. Once we had opened all our presents on Christmas Day, he asked me to be his wife. He had wrapped the ring in several boxes. When I opened the last box, he knelt down in front of me. I was so shocked that I asked "are you sure" and he said "yes".

We were aiming to get married after I have recovered from my surgery so the date we moved in together, on the 5th of November, we had a quiet affair with family.