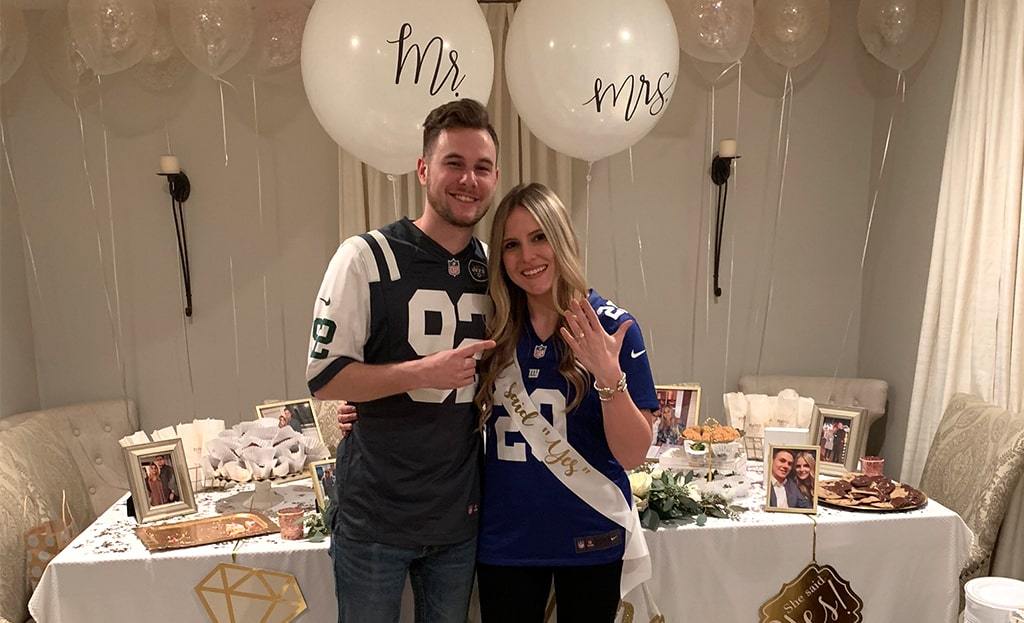 Before I share the proposal, there is some background information worth noting. Kyle and I are both avid football fans, so football has always been an integral part of our relationship. I'm a NY Giants fan, and he's a NY Jets fan, and one of our first dates was the Giants/Jets draft party. We both have season tickets, and spend nearly every Sunday in the fall and early winter at MetLife Stadium, cheering on our respective teams.

This leads us to Super Bowl Sunday. The plan was to go to church, grab brunch after, and then head to my parents' house for a Super Bowl Party. The day arrived, and everything went according to plan. We went to church and brunch, and then headed home to relax a little before heading to my parents' house. As soon as I walked into the house, I noticed a trail of white rose petals leading into the kitchen. Initially, I thought a vase had fallen and broken (talk about being clueless)! I walked further and saw balloons and a beautiful floral garland draped on top of the kitchen island, and a perfectly wrapped present.

I was still completely confused, as Kyle is known for his sweet, unexpected surprises. I started asking questions, and he told me to just open the present. When I asked what this was for, he said "Does there have to be a reason? It's just a present for you". Believe it or not, at this point I still wasn't sure what this was all about, and wanted answers! So I opened the present...

Inside the box was a card, which I was instructed to read out loud. The card, which can be read in one of the photos, explained how he could make his dream of becoming the general manager of the NY Jets a reality if he applied certain principles to his life, all of which related to spending his life with me. At the end of the card, he instructed me to turn around, which I did, and found him down on one knee, asking me to marry him. 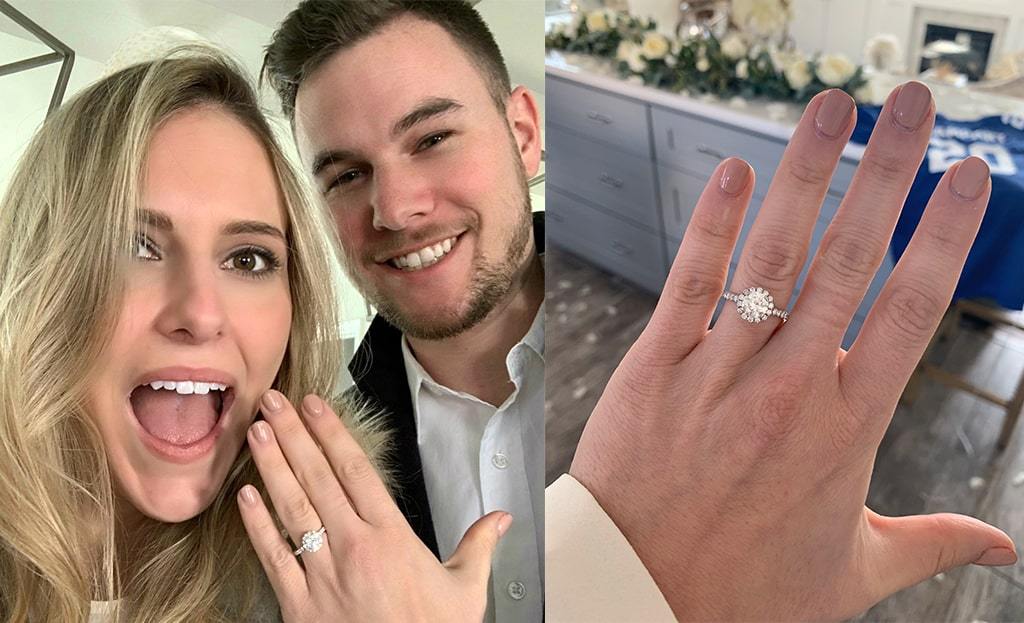 After tears were shed, lots of screaming on my part, and the beautiful ring was placed on my finger, he pointed to the hidden GoPro, which had captured the entire proposal, as well as the Ring Cam, which held my ring and recorded my reaction!

The surprises kept on coming! I then opened the rest of the present, which was a NY Giants jersey with what will soon be my new last name - Lampart! It still gives me chills thinking about this moment. I remember thinking that this had to all be a dream.

Just when I thought the day couldn't possibly get any better, we went to my parents' house for what I thought was a Super Bowl party, but was actually a surprise engagement celebration with all of our closest family and friends! 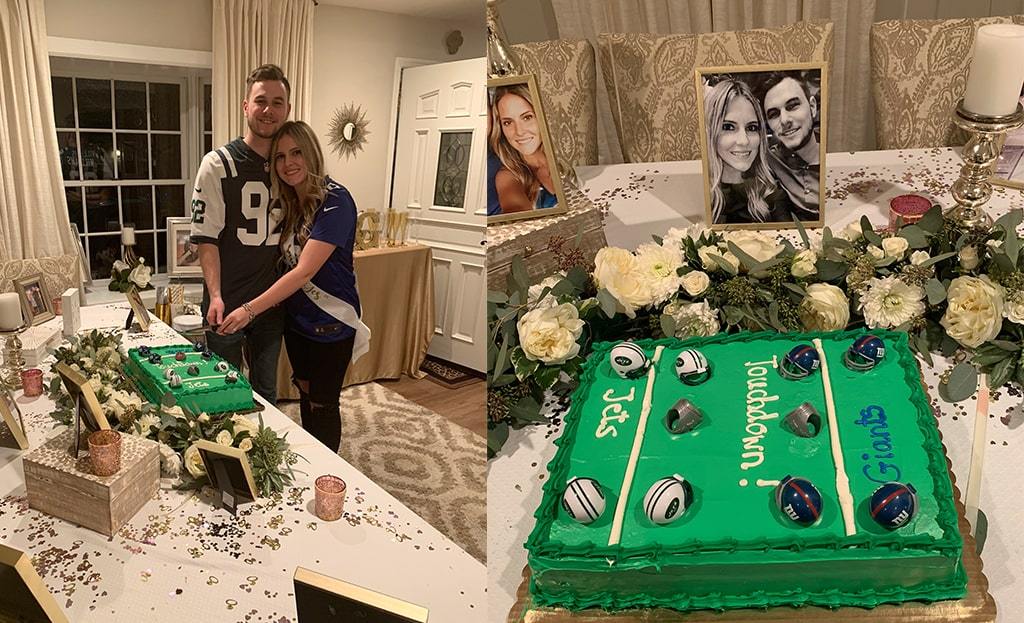 It was, by far, the best day of my life, and I can't wait to see what the future holds! Perhaps his conversion to a Giants fan? Kidding! I am the luckiest girl to have found my soulmate, and feel even luckier to have this special moment recorded so that I can relive it whenever I want. A true dream come true, and far better than any Giants Super Bowl ring!