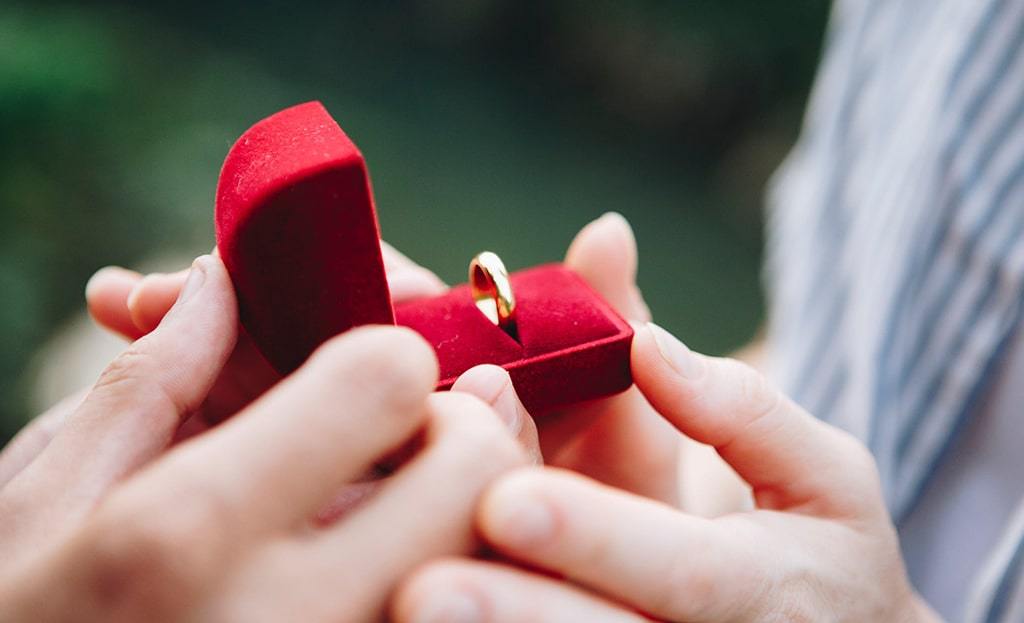 I was 6 months pregnant, and my partner phoned to tell me that he was going to be home late from work as he was giving his mum a lift. When I arrived home, I saw my partners car in the car park, but when I walked in the door he was nowhere to be seen.

When he came home, I was furious. I was insisting that he was cheating on me! He had in fact hired a Mercedes, and told me that he was taking me to Reading for the weekend for our anniversary.

During the first night at the hotel, I was trying to squeeze into my biggest pair of trousers, when from across the room he shouted " do you definitely not want to get married then?" to which I replied in my teasy hormonal rage "Yes I'm sure, I don't want to get married".

As I turned around, he was down on one knee with a ring. I nearly passed out from the shock and I felt awful! Obviously I said yes and here we are! We now have a beautiful little boy called Cooper who is 10 months old, and we cant wait for him to walk down the aisle with us!