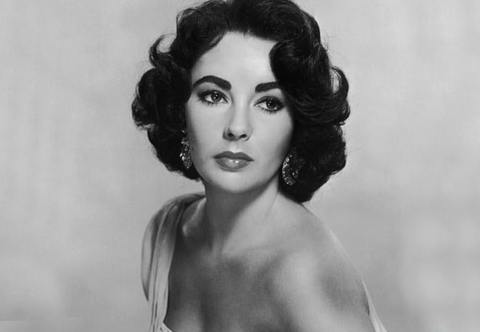 Hollywood legend Elizabeth Taylor certainly immortalised the phrase ‘diamonds are a girl’s best friend’. Whilst the actress will always be remembered for her iconic performances in great Hollywood classics such as Cat On A Hot Tin Roof (1958), The Last Time I Saw Paris (1954) and Cleopatra (1963), Taylor’s legacy surpasses her acting career. Today, we are remembering Elizabeth Taylor as the Queen of diamonds. Over her eight marriages, Elizabeth collected millions of pounds worth of diamonds. From Cartier to Bulgari, discover the amazing jewels owned and loved by Elizabeth Taylor. 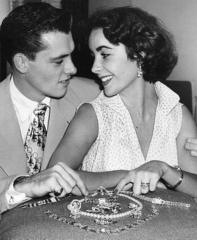 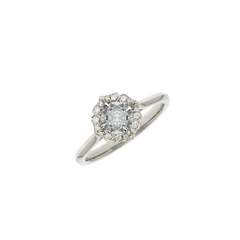 Flavie Michou | Dew Drop Diamond Ring | £8,350.00
Perhaps the diamond that started a lifelong obsession. Elizabeth Taylor first became engaged at the age of 18 to Conrad Hilton, the renowned American hotelier. The engagement ring was a $10,000 4-carat diamond platinum ring. As you can see, the rock-like masterpiece is blinding. But for Taylor, Hilton’s ring merely inspired a taste for bigger, bolder and more expensive diamonds! The love affair with diamonds had well and truly begun. 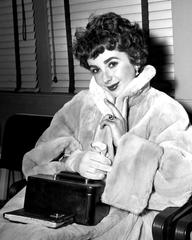 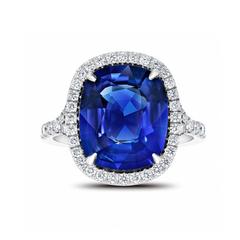 David Gross | Blue Sapphire Cushion Ring | £52,848.00
Taylor divorced her first husband eight months after they were married. She then met actor Michael Wilding and the two were married within three months. He presented her with a cabochon sapphire engagement ring encircled with two rows of diamonds. The dome effect of the sapphire made it an engagement ring that begged for attention. Unconventional and striking were two factors imperative to Taylor’s diamond tastes. It is also no surprise that sapphires soon became sought-after gemstones for engagement rings. 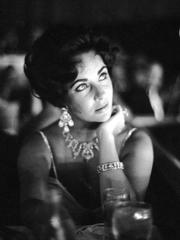 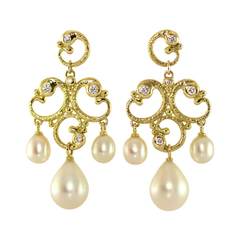 Castens | 18kt Yellow Gold Rocaille Showpiece Earrings | £5,229.00
Her next marriage to Mike Todd became her most lucrative in terms of the lavish number of diamond gifts Todd gave Taylor. The astonishing 29.4-carat emerald cut Cartier engagement ring has gone down in history as one of the most expensive and outlandish celebrity engagement rings. But this was just one of many diamond gift that Taylor was showered in. Todd gifted Taylor a diamond tiara, saying ‘you are my queen’ which she famously wore to the 1957 Academy Awards. He also famously presented her with a diamond and ruby bib necklace as she was lounging by their pool, with matching earrings and bracelet. Finally, pictured above, shows the antique chandelier earrings Todd gifted Taylor after refitting the original glass crystals with diamonds.

Eddie Fisher and the diamond cuff 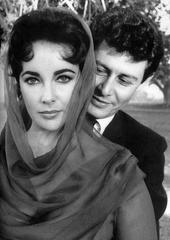 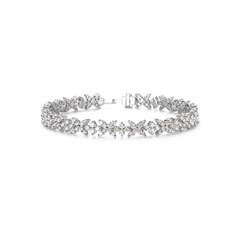 After Todd’s death, Elizabeth Taylor began a love affair with his best friend Eddie Fisher. What do you use to propose to the Queen of the diamond engagement ring? A diamond bracelet, of course. The bracelet consisted of 50 white diamonds, weighing an incredible 40-carats. A bold statement for a scandalous love affair. Perhaps saying it with diamonds should be my 2019 mantra.

The only Italian word she knew was ‘Bulgari’ 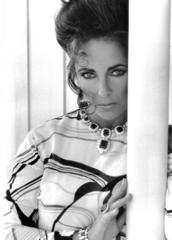 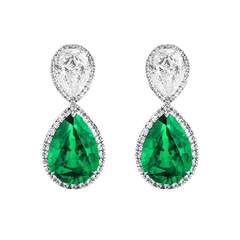 Richard Burton was considered Elizabeth Taylor’s great love - and who can forget the incredible Bulgari emerald set he gifted the starlet? Burton famously proposed with this Bulgari emerald set, consisting of a 18.61-carat emerald pendant encrusted with diamonds (which can be detached and worn as a brooch), a set of emerald drop earrings and a dazzling emerald bracelet. The whole set totals approximately $15 million. Taylor wrote of how Burton loved to shower her in jewels. The couple would take afternoon strolls to the jewellers so he could purchase her an array of gorgeous jewellery. Five years into their marriage, Burton bought Taylor the Krupp diamond - a 33.19-carat Harry Winston diamond ring, now known as the Elizabeth Taylor Diamond.

Elizabeth Taylor proves that nothing quite says 'I love you' like diamond jewellery. Her exquisite collection contains some of the most sought-after jewellery known to man. We don't expect you to splash millions, but peruse our dazzling collection of diamonds to show your special someone how much they mean to you. Hopefully it'll be the diamond that's forever...