A few days ago, Japan confirmed that they will resume commercial whaling for the first time after 30 years. This move has caused major controversy and has riled people all over the world. It is hard to comprehend why anybody would want to hurt such a majestic and beautiful creature. Take a look at how you can champion oceanic life and take a stand against whaling here…

We must act quickly to protect and conserve marine ecosystems. There are a number of ways you can do this. First and foremost, you need to raise awareness.

The Sterling Silver Whale Cufflinks from Saba Jewellery by Geraldine Murphy do just that. These are Geraldine’s top selling cufflinks, and she has been selling them to promote whale conservation for over 15 years.

Geraldine said that what makes the cufflinks so effective “is partly the simplicity of the design, but also that the shape is so easily recognisable as one of those illusive and magnificent sea creatures”.

Saba Jewellery is a brand that was built on the foundations of compassion and empathy. Thus, Geraldine is in a partnership with the wonderful charity called Animals Asia.  This is an organisation that is dedicated to improving the conditions for animals everywhere. 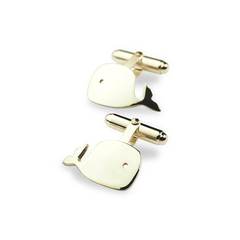 Another brand that fights for animal welfare is Alexander Jewell. Both the Humpback Whale Tail Pendant and Blue Whale Pendant promote the conservation and protection of the species.

Master Jeweller, Alexander, cultivated his love of both animals and design from an early age. After a career spent creating jewellery for some of the most prestigious designers, he launched his own brand, and relocated from New York City to Ventura County. Here, he could be closer to the natural forms that inspired him. 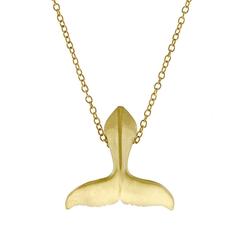 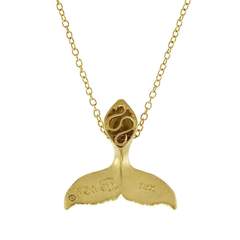 Alexander uses his talents to create an endangered species line. He does this to benefit the global conservation organisation WildAid. Your purchase of these pieces will help WildAid to reduce illegal and unsustainable fishing practices which threaten marine habitats.

I have found out over time, that what makes a piece of jewellery even more attractive to me is ethics. All of Alexander’s  designs are handcrafted using eco-friendly gold and silver, as well as conflict-free gems. Most designs feature a handmade grill on the back, which elevates the design. This hidden labyrinth of lines is a feat in jewellery design, and is Alexander’s physical stamp on his work. 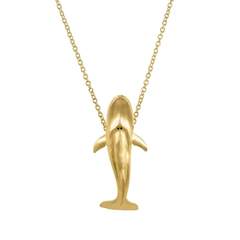 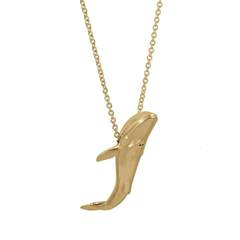 These two brands make a conscious effort to change the way we think about jewellery. Everything we do has an impact on the planet, and these two brands believe in upholding an environmental and social responsibility. There’s nothing better than helping a worthy cause, and getting a stunning piece of handmade jewellery at the same time.