Once adorned by Egyptian pharaohs and used to seal important documents, garnet is the gemstone associated with January birthdays. While most people will instantly think of red garnets, the most abundant shade, garnets come in a rich colour palette from greens and oranges to reds and browns. With over 400 global jewellery designers to choose from, Jewelstreet has a wide range of garnet jewellery available. From a classic pendant necklace to a contemporary ear cuff, these are our top 10 garnet birthstone gifts.

Subtle and classic, the dainty Lara necklace from GFG Jewellery By Nilufer is the perfect January birthstone gift. Suspended on a delicate gold chain, the pendant is lined with 9 square garnet gemstones, which are hand set in 18kt yellow gold vermeil. 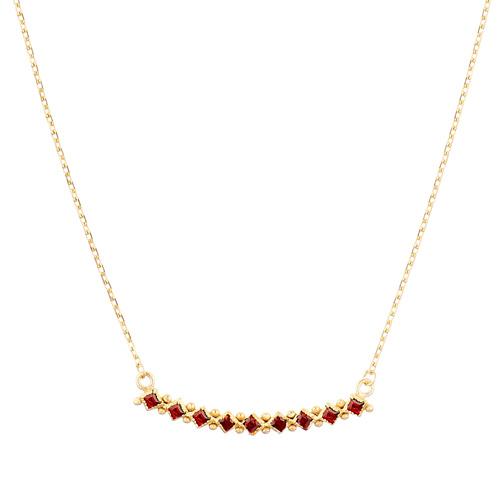 A regal and luxurious design, this garnet ring from Washington’s Drukker Designs makes for an indulgent gift. Mirroring the shape of a candle’s flame, a fiery round garnet sits at the centre sounded by sparkling white topaz. 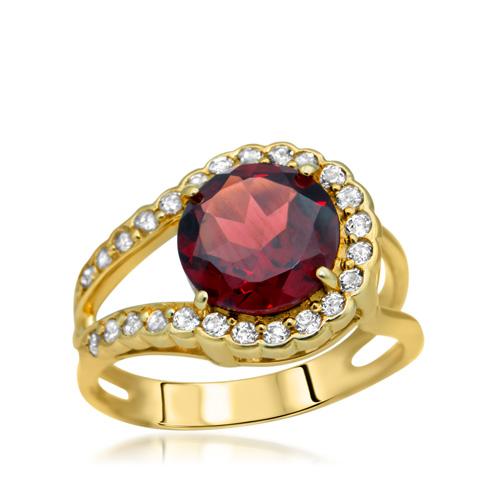 Garnet is known to be the stone of regeneration and can boost energy as well as bring order to chaos. This pretty bracelet from London’s Loushelou features garnet beads accented by a centre ball pavé set with diamonds. A wearable gift for someone you love. 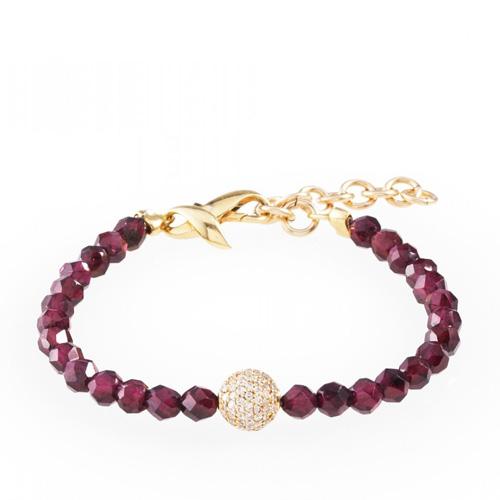 These heart earrings from London designer Augustine Jewels are the perfect romantic gift for anyone with a January birthday. Made from sterling silver and set with two heart-shaped garnets, they are a classic design that will never age. 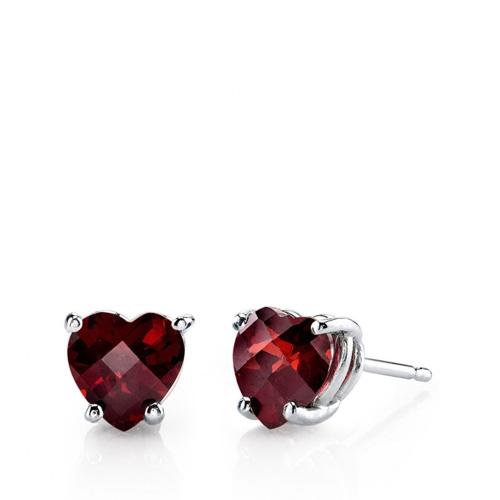 Lily Flo's Dance Till Dawn collection, is inspired by the greatest nights of dancing. Dainty gold stars are interspersed with hand wrapped garnet heart shaped briolettes, all fastened to an 18kt gold filled chain and finished with a personalised initial tag. 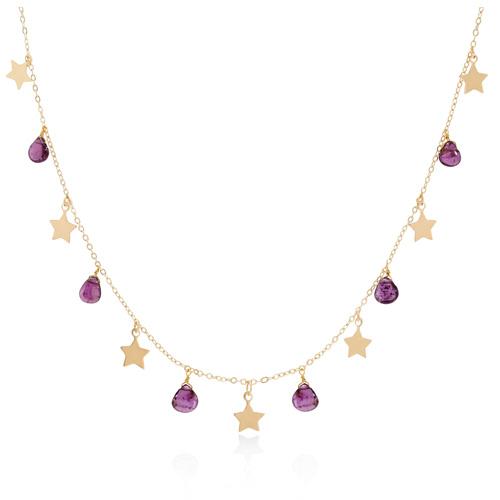 Gisele for Eshvi’s Birthstone collection is adorned with 12 striking gems arranged in timeless geometric shapes. This pair of contemporary earrings features one triangle and one circle handcrafted from 18kt yellow gold set with rich red garnets. 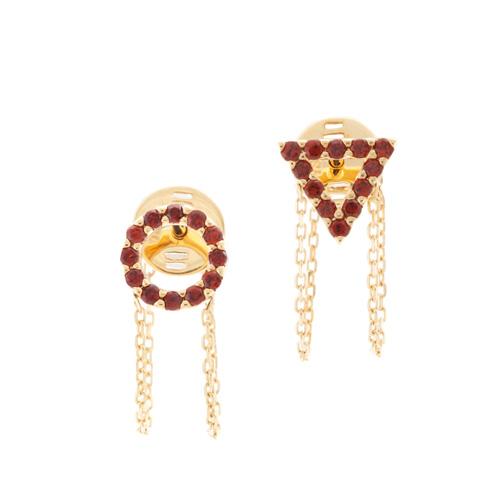 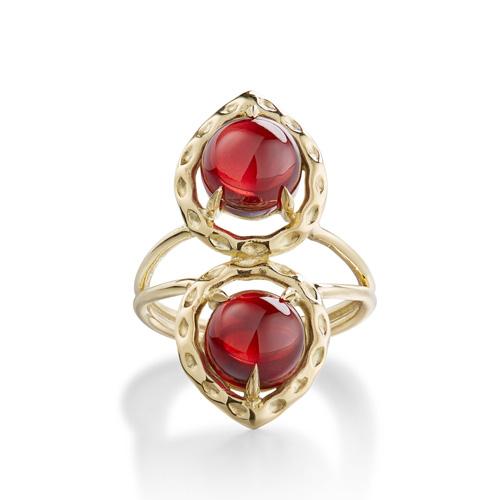 These boho inspired hoops from Mara Hotung are set with a fringe of red garnet beads ending with delicate yellow gold discs. A laidback statement piece. 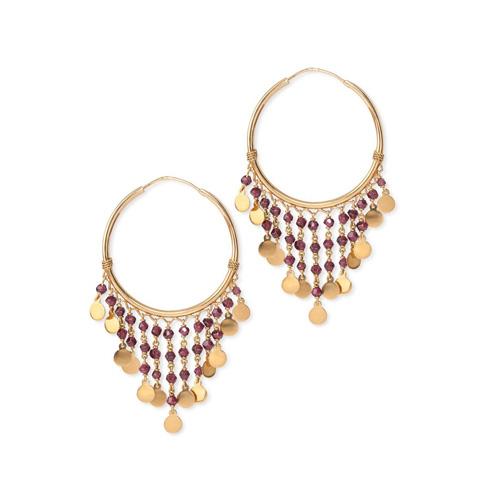 Elegant, classy, and understated, this beautiful garnet ring from NYC designer Lali Jewels is a timeless gift. An oval garnet sits at the centre with small round diamond accents set into the 14kt yellow gold band. 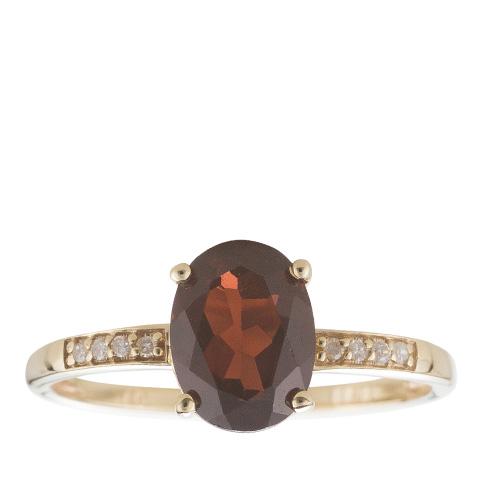 This luminous and dainty 18kt yellow gold ear cuff from Perle De Lune draws a pretty constellation of gemstones. Featuring faceted round shaped pink garnet, it can be worn with other earrings or worn on its own as a subtle statement piece. 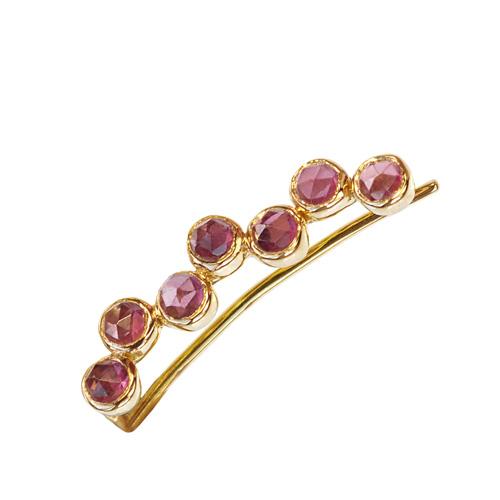