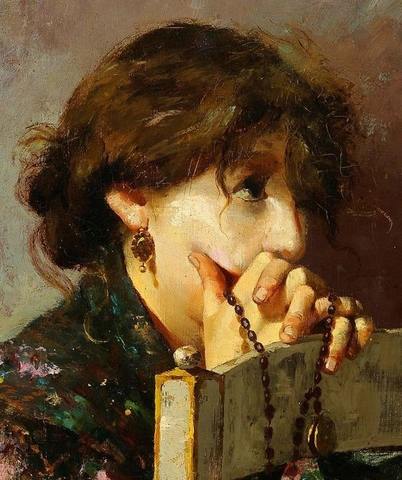 Today is World Religion Day - a day which celebrates diversity within different faiths. Did you know there are over four thousand religions in the world? By which each follow a different set of beliefs and religious tenets. This shows just how diverse humanity is. World Religion Day aims to underscore that the basic religious principles that underlie each religion are harmonious. The day aims to show that religion, in fact, unites people.

Ignorance can often inspire hatred. It is important to try to learn about other people’s belief systems - even if they differ from your own - to encourage compassion and understanding when conflicting beliefs are voiced. It is okay for two people to disagree on certain matters, as long as we treat others with love and kindness. If mutual respect between religions is championed, the world takes one step closer to peace.

To celebrate World Religion Day, join me on a spiritual journey as we look at the meaning behind various religious symbols exemplified through jewellery. JewelStreet represents over 500 independent designers from around the world, meaning our jewellery is rich with culture. Designers such as ClonferoDaPont and Cynthia Bach find inspiration for their creations in religious iconography. Let’s learn a little more about religions around the world, all united through beautiful jewellery. 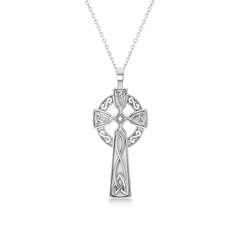 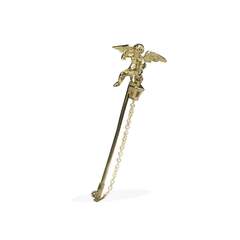 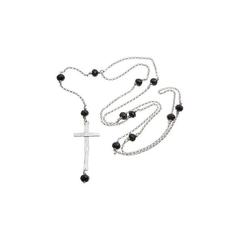 Crosses, cherubs and eyes are among the various symbols used in Christian worship. In Christianity, the cross is a symbol of salvation. Jesus’ was crucified for the sins of mankind, and the cross reminds Christians of the sacrifice he made. In broader terms, the cross represents the teachings of the Christian faith, including love, kindness and devotion. Over the past year, cross jewellery has become a very fashionable item. The cross means something different to each person, but is an elegant and classic jewellery item to convey one’s faith. Cherubs are examples of another icon popular within the Christian faith. Cherubim angels are said to protect and uphold God’s glory. They also champion purity. Show your love and faith with jewellery this year. 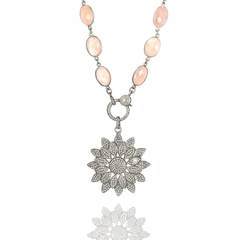 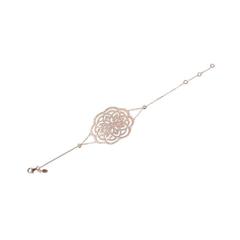 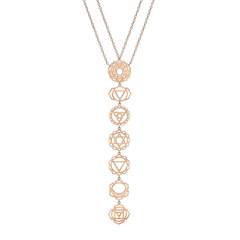 ClonferoDaPonte | Sterling Silver Flower Mandala Peach Moonstone Bezel Chain Necklace | £2,696.00
﻿Latelita London ﻿| Lotus Bracelet Rose Gold | £185.00
Nicofilimon | Seven Chakras Necklace In Rose Gold | £3,157.00
Buddhism teaches about the five chakras. These are five points within the human body that Buddhists seek to align for ultimate mindfulness and peace. The teaching of chakras are used by many religions and are referred to for spiritual guidance. Mandalas and lotus flowers are symbols used to represent this aspect of Buddhist faith. Chakra healing stones are said to have powerful influence over the body, encouraging harmony, balance, and mindfulness. 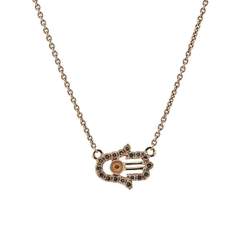 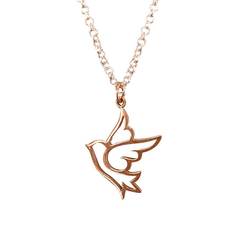 The Star of David, Evil Eyes and dove are all symbols that crop up within the Jewish faith. Also known as ‘The Shield of David’, this star-shaped symbol has no singular meaning, but has become the emblem of the Jewish community. The Evil Eye symbol is utilised by many faiths. In Judaism, the evil eyes represents the sins inspired by certain attitudes to faith. Therefore the evil eye is used to inspire good faith and devotion. Finally, whilst the dove isn’t a specifically Jewish symbol, it has come to be a universal symbol of peace. The Torah teaches the story of Noah who sent a dove to find land during the flood. All symbols represent various aspects of religious faith, encouraging us to choose kindness over malice. 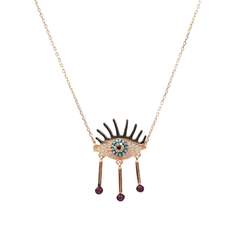 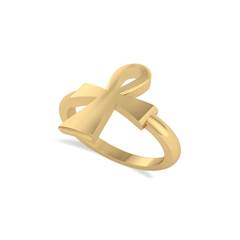 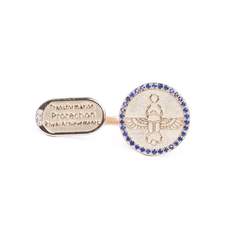 Religion in ancient Egypt was prominent in daily life. One’s spiritual and physical life were fully entwined, meaning the religion utilised the guidance of numerous religious symbols to encourage good faith. Using symbols meant that everyone could practice worship, no matter their background. The Eye of Horus is an intriguing Egyptian symbol. Stemming from the myth of the protective Goddess Wadjet, the symbol remains a poignant icon representing protection and good health. The Ankh Cross symbolises eternal life, including the heavens and the earth. The key-like shape means that everyone who carried the ankh was holding onto the key to existence. Finally, the scarab also harbours the ancient Egyptian belief of eternal life, through the beetle’s ability to create life from death. 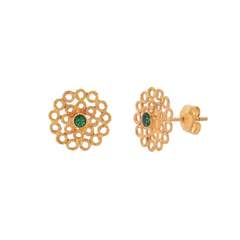 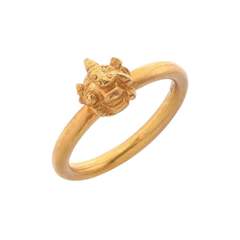 JS Noor | Hawa Tsavorite Studs | £932.00
JS Noor | Vedic Ganesh Ring | £1,139.00
JS Noor | Hawa Collection - Circle Pendant | £3,367.00
Jewellery designer JS Noor seek inspiration in the myths and legends of Hindi culture. Their Vedic and Hawa collections are influenced by Indian astrological beliefs. The Ganesh Ring is particularly interesting. Ganesh is the elephant-headed deity in Hinduism. As the God of success, wisdom and good luck, Ganesh inspires much positivity in Hindu culture. Ganesh is also known as the remover of obstacles, making the deity one of the most-worshiped in Hinduism.

﻿Whether you want to convey your faith through jewellery. Or you are simply intrigued by other religion's beliefs and customs, find the perfect item of religious-inspired jewellery on JewelStreet.