Mental health is just as serious as physical health, yet it is mostly overlooked. Now more than ever, it is important to reach out to friends and family and get help if you’re struggling. I’m sure you’re thinking, what has jewellery got to do with mental health? Well, jewellery is one of the many industries that are joining the conversation on mental health and selling products that send the proceeds to mental health charities. The fashion industry has been criticised in the past for designing clothing and jewellery around mental health. Despite these blunders, there are brands making unique and beautiful products, in the hope of making someone’s day and contributing to a bigger cause.

In May 2018, a jewellery company called ban.do was criticised for their range of mental health necklaces. The LA brand (who’s founder has Bipolar disorder) attempted to destigmatise mental illness, by creating a range of necklaces featuring the words depression, anxiety and bipolar in swirly print and gold plating. However, the brand was accused of romanticising mental health issues and turning them into a fashion statement. Many disgruntled members of the public took to social media to express their outrage, with one user saying “My mental illness is not your fashion statement.” Despite proceeds from the products going to charity, many said that the necklaces were not spreading a message and that people may not buy the necklaces because they relate to the illnesses but rather to wear them as a fashion statement.

Now, more companies have been selling jewellery inspired by mental health and positive affirmations, with a percentage of proceeds going to mental health charities. Important symbols and messages are being used, like semicolons. Project Semicolon is a US mental health non profit organisation that focuses on mental health issues like suicide, depression and addiction. They came up with the image of a semicolon, as a semicolon is used when an author could have chosen to end the sentence but chose not to. The organisation says the author is the person and the sentence is their life. The semicolon is used as a reminder and used in jewellery to spread the message.

While jewellery won’t solve mental health problems, it has been worn as a talisman throughout the ages, Jewellery can act as a daily reminder that things will improve. Having a meaningful piece of jewellery that is engraved and imbued with positive thoughts can give you that boost that you might need to get your through the day.

JewelStreet are proud to represent designers who donate to charities and create collections specifically for certain issues. In 2017, Mantra Jewellery teamed up with MIND, the Mental Health charity. They designed a special necklace with 25% of the selling price going to the charity. The Sterling Silver necklace had the symbol of the lotus flower, representing regeneration and rising through difficulty and the word ‘Strength’ sat above it. Mantra Jewellery send accompanying mantra cards with their pieces. The mantra for the necklace was “I am strong enough to stand alone, but wise enough to ask for help.”

Jewellery is a great way to raise funds for mental health charities and to help people. It’s time to talk more about feelings and mental health illnesses, to make the world a better place, free of judgement. Donate to charity or buy a piece of Mantra Jewellery - you’ll contribute to a bigger cause while receiving a piece of unforgettable jewellery. 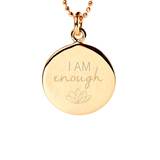 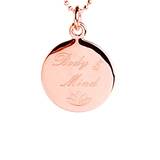 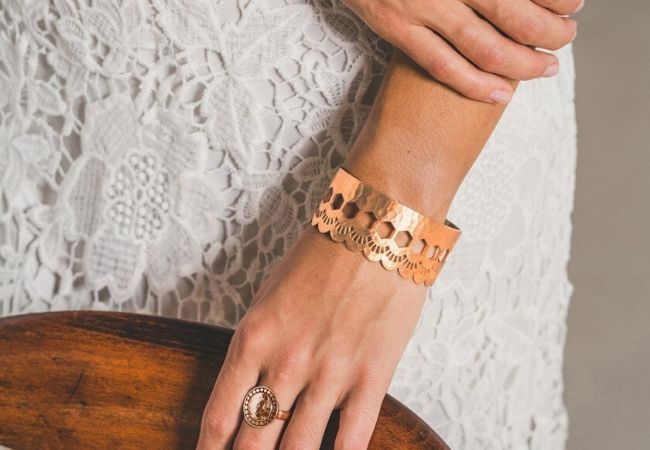