Jewellery style icons from every decade

Fashion is continuously changing and evolving but we regularly look back in time to take inspiration from the years that have passed and the icons of each decade. From Coco Chanel to Beyonce, take a look at the jewellery style icons from the 1920s to the 2010s. These women had a huge impact on the fashion of their generation and on people today, with their enviably style and influence on the industry. Discover our top style icons from each decade and how they styled their jewellery. 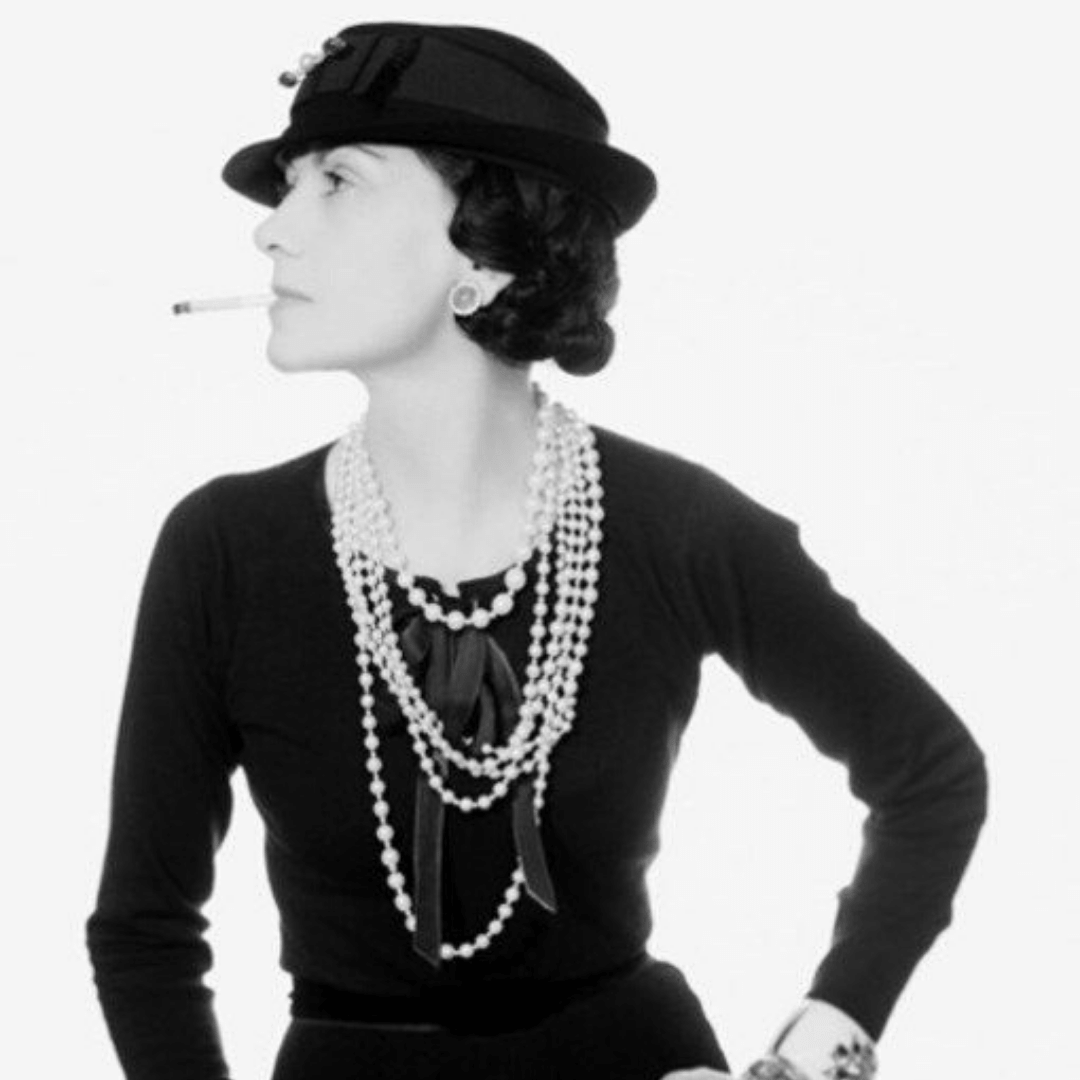 A pioneer of fashion, Coco Chanel was the founder and namesake of fashion brand, Chanel. She moved women’s fashion away from restricting corsets to more sporty casual feminine style. She also designed the famous interlocking CC monogram, an iconic symbol which is still around today. Other than having a huge creative influence on women’s style, her own style was endlessly chic. As a lover of pearls, she regularly wore trails of long pearl necklaces and big chunky stud earrings. 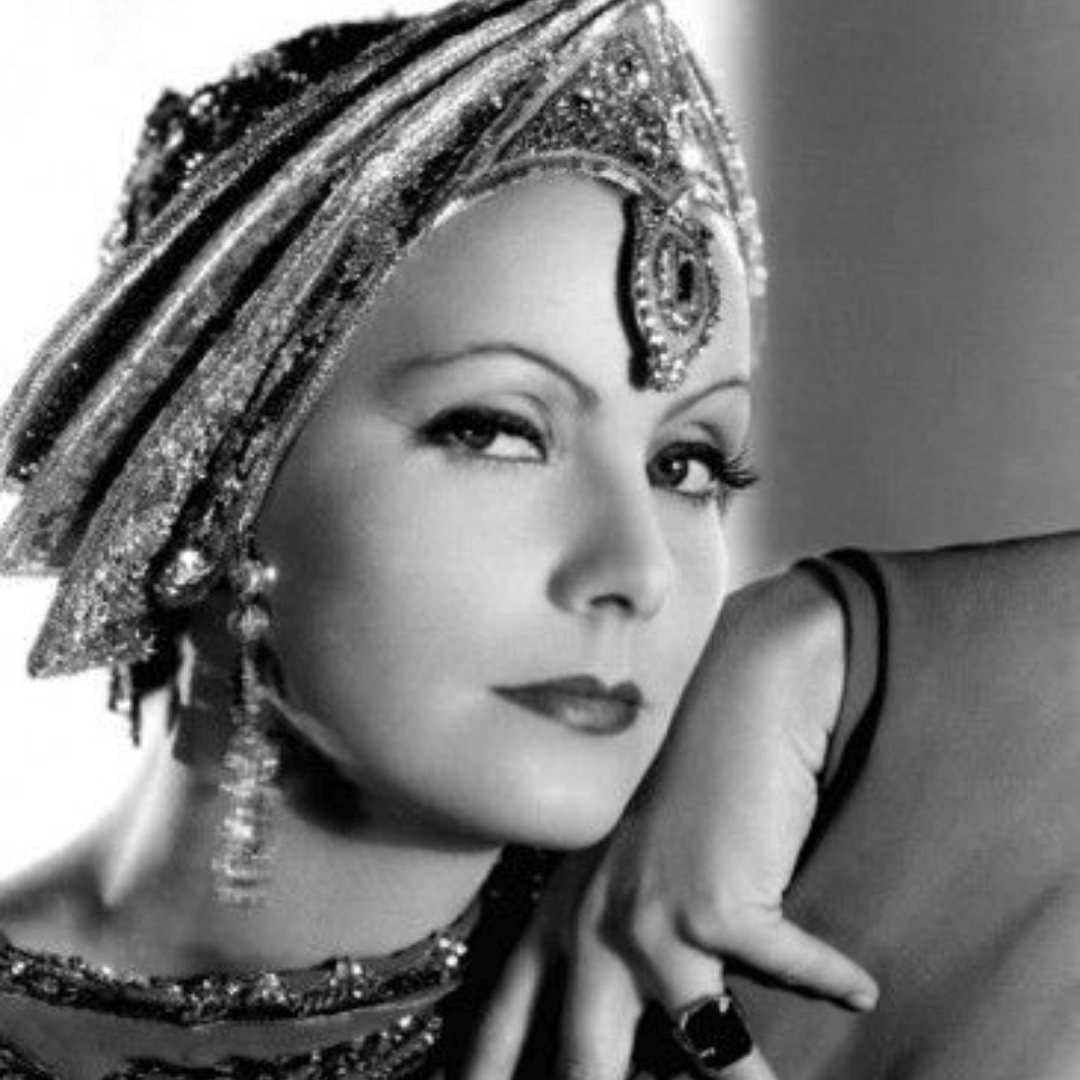 One of the greatest female stars of classic Hollywood cinema, Greta Garbo was the epitome of 1930s fashion. While she hated being seen publicly, especially at events, Garbo’s signature structured style was adored by many. Garbo preferred to dress minimally and quite ‘masculine’ in her spare time. She was often seen in a long pearl necklace or silk neckties. Her most iconic jewellery moments were in the films, ‘Camille’ and ‘Mata Hari’, where she was seen in embellished headpieces, drop earrings and choker necklaces. 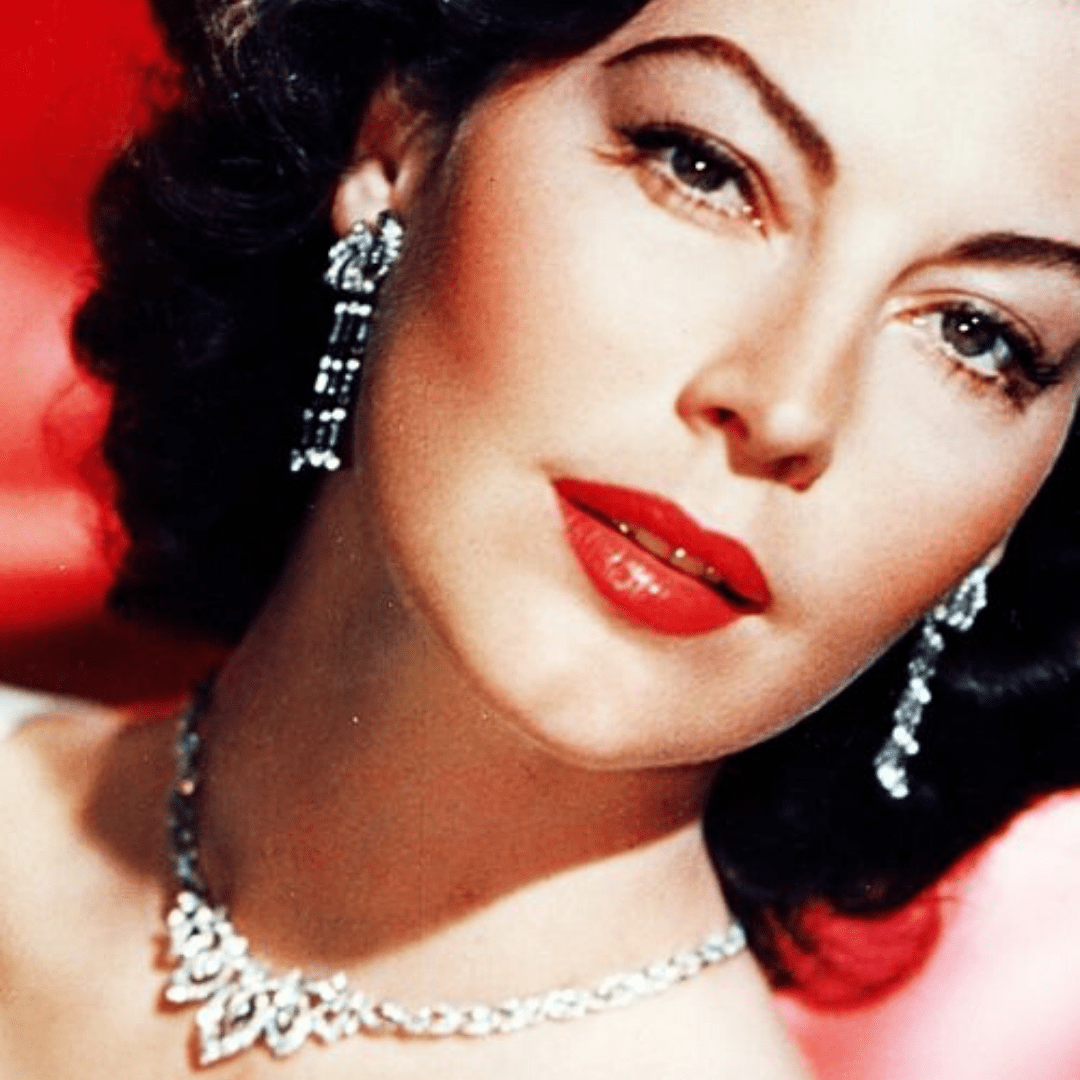 The 40s saw Ava Gardner become more prominent in her acting career and in fashion. She was coined as having a ‘sultry confidence’ whether she was dressing for an award show or an afternoon at the beach. She was the poster girl for 40s fashion, donning simple two pieces and embellished gowns. She was also a renowned jewellery collector, collecting ‘discreet’ classic jewellery. Her collection was full of diamonds, emeralds and pearls, and contained many brooches and pearl necklaces. The most popular piece from her collection was the Kashmir Sapphire Ring given to her by actor, Howard Hughes. It is an extremely rare sapphire and is thought to be mystical due to its rarity. 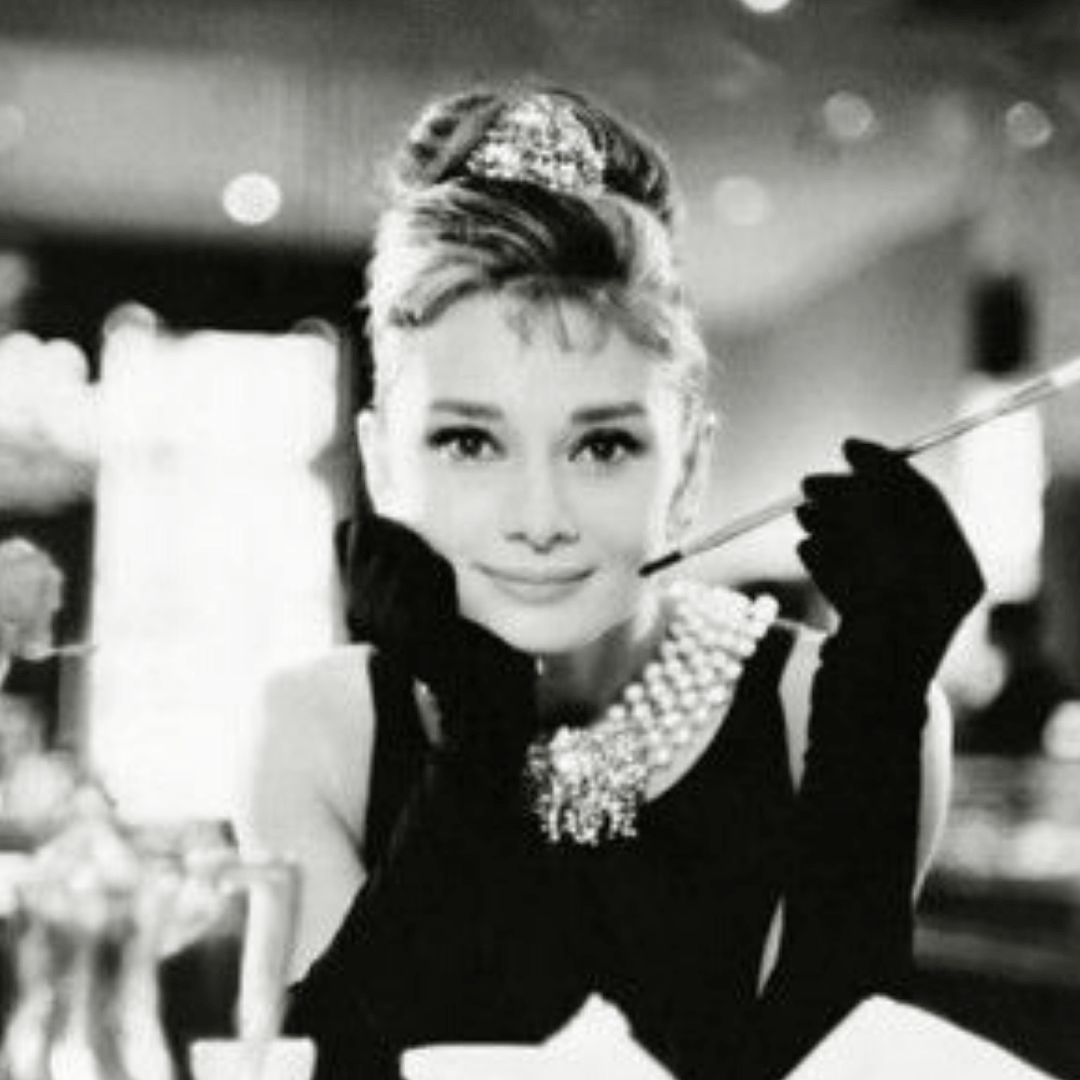 The 1950s is one of the biggest years when it comes to style. Fighting for the top spot was Marilyn Monroe and Grace Kelly, but ultimately, Audrey Hepburn won our vote. She is one of the most influential women of all time. Her most iconic look is her little black dress, oversized sunglasses, tiara and pearl necklaces in ‘Breakfast at Tiffany’s’. Her own personal style was much more simple but still as iconic. She was a big fan of pearls and simple accents to complete her look, like gold hoops. 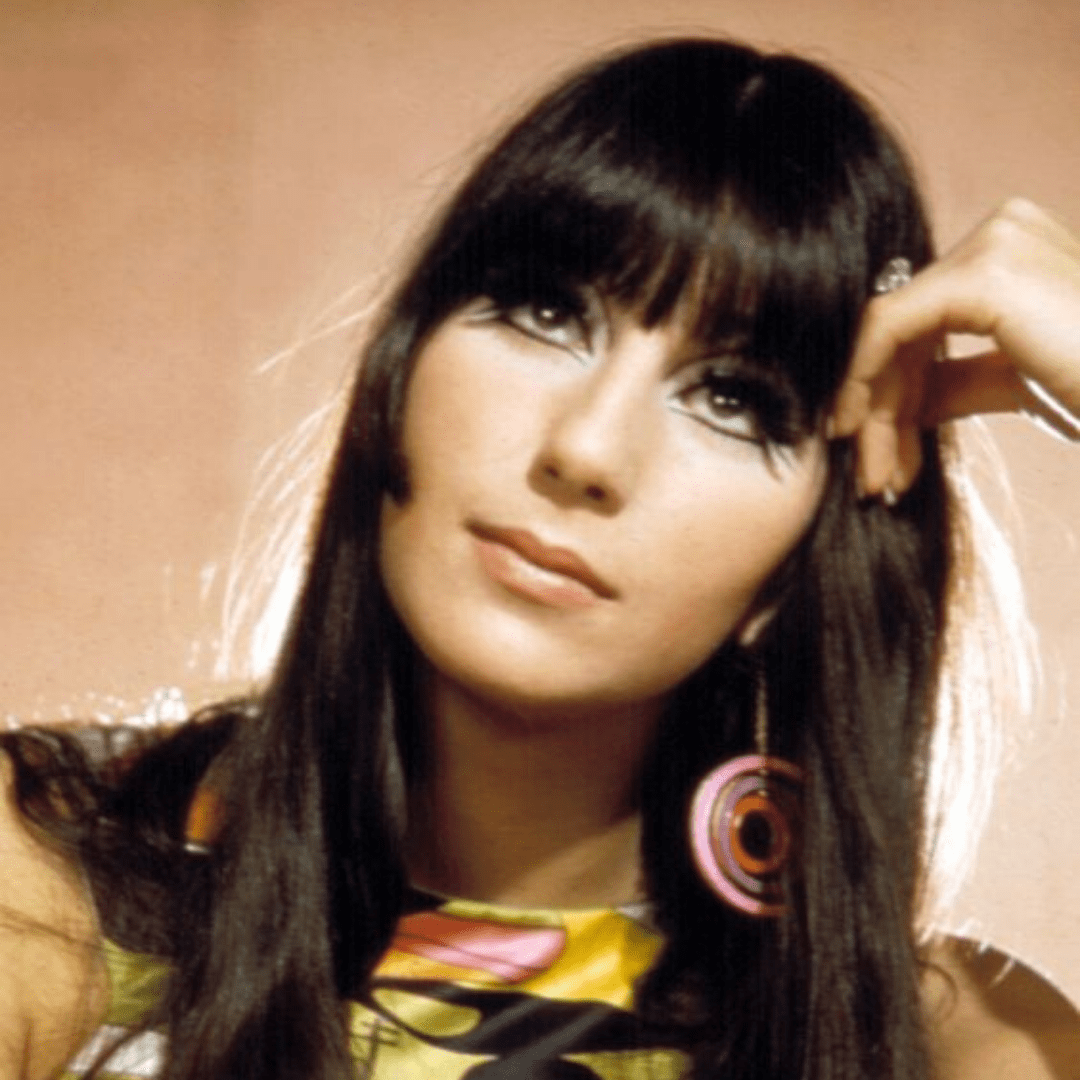 Like the 50s, the 60s was an extremely fashionable time, with Twiggy, Sophia Loren and Brigitte Bardot coming into prominence. But it’s Cher’s era defining style and boundary pushing accessories that won us over. Although her style is more obvious and quintessentially Cher in the 70s, the 60s is where Cher really showed off the bohemian hippy style of the era. Cher went full disco in the 60s, with lots of sparkles and flares. She was rarely seen without a classic pair of hoops and long gemstone necklaces.

The 70s was a mix of fashion styles, from Stevie Nicks’ hippy era to Joan Jett’s rocker chick. Depending on your taste, you could easily swap Cher and Diana Ross over, but Diana Ross’ 70s style hooked us the most. Lead singer of The Supremes, Ross went solo in the 70s and this is where she really found her style. She experimented with oversized jewellery, statement necklaces, glitzy headpieces and retro designs. 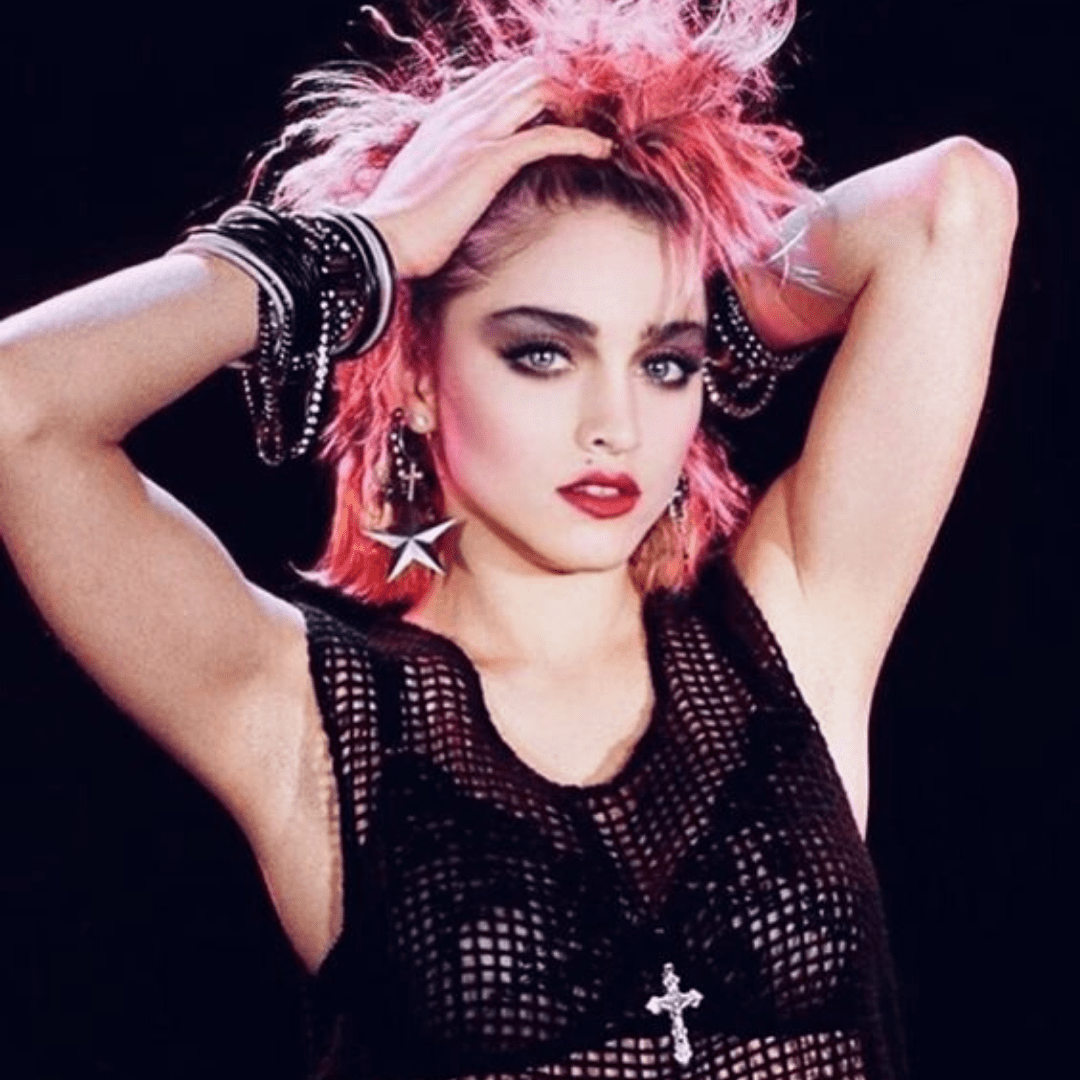 When you think of the 80s, you think of Madonna. Madonna’s 80s style was the perfect combination of rocker and boho. She sported endless scrunchies, bangles up and down the arms, layered necklaces and cross accessories. In the late 80s, she also proved that she could do simple and high-fashion, showing off figure hugging dresses and sparkly stud earrings for award shows.

The People’s Princess, Princess Diana was and still is one of the most influential women in the world. Heralded as an icon ahead of her time, most of her jewellery is still seen today on Kate Middleton and Meghan Markle. The reason she’s our 90s icon rather than the 80s, is because the 90s is where Diana found her style and gave us the ‘Revenge Outfit’. Following her divorce, Diana donned what is know known as her ‘Revenge Outfit’, a Christian Stambolian black mini dress and a pearl and sapphire choker necklace.

Kate Moss is the ultimate British supermodel and her style is still effortlessly cool. Her edgy and unapologetic personality comes through in her style. As a fashion model, she can perfectly transition from OTT glamour looks to the casual dress of the 2000s. 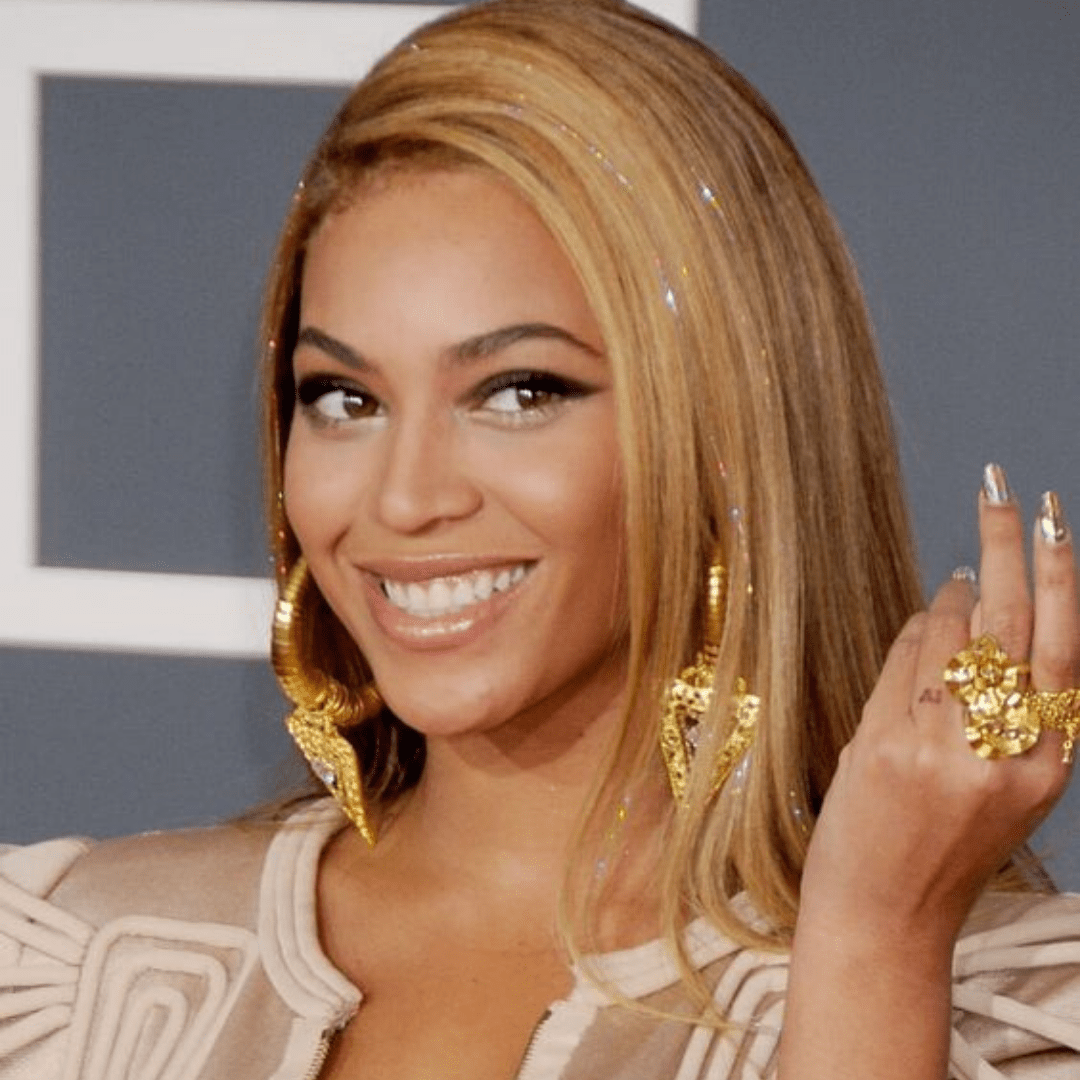 A prominent figure since the 2000s, 2010 is where Beyonce became more herself and switched up her style. Queen Bey defined the music of the decade for the 2010s and gave us style inspiration again and again. The best thing about her style is its versatility. She can go from beautiful ball gowns and venture back to her R&B fashion roots. Our personal favourites are her embellished showgirl performance looks and her sharp and sleek everyday outfits.