Corinna McFarlane is a strong woman rising fast in the male dominated British film industry. She takes a break from her busy schedule to talk to the JewelStreet editorial team about her new film, the challenges for an ambitious women in a man's world and the pieces of jewellery that mean the most to her.

After making a name for herself with a critically acclaimed comedy documentary, 3 Miles North of Molkom, Corinna McFarlane’s latest project jumps to a completely different genre in a bid to eliminate stereotypes associated with female directors. “There’s an institutionalised sense that girls cannot be trusted with big projects, money or responsibility. The set up for women in film is really hard. People would chat to us about the film, and then pull out, for various reasons and usually you could see it was about distrusting us because we were women.”

Things really started to take off for the film after Corinna had the opportunity to show her script to the renowned 007 producer, Barbara Broccoli, who loved it so much that she gave Corinna's team an office in the basement of James Bond HQ. “Once we started getting support from all of these really important producers, we thought why not aim really high? I wanted Damian Lewis from the outset, as this was when Homeland was becoming a huge hit. His style of performance is intense but he also manages to make a fundamentalist terrorist sexy.”

As a four week gap opened up in the Homeland schedule and with Damian having read and loved the script, Corinna moved heaven and earth to make the schedule fit for Damian. “He literally flew in on a helicopter from Homeland. He’s no nonsense and can be quite overbearing so I had to rein him in a bit, but that’s my job, and as a result, he fully immersed himself into the role.”

The Silent Storm is a dark, tempestuous romance set in the western isles of Scotland in the 50’s. It's a challenging and highly emotive production, also starring 'Birdman's' Andrea Riseborough.

We asked Corinna what inspired her to write the story and she said it was when she was suddenly faced with mortality. “My dad was orphaned as a little boy in the Highlands after the war, and after he survived his stroke, I realised I didn’t know my Scottish heritage at all."

"So I left my life in London, sold everything and bought an old, clapped-out Land Rover, converted the back so I could sleep in it and explored Scotland for a year. Whilst I was discovering the majesty of the Highlands and the poetry of the people, I knew something creative was going to come out of the trip. I began to write and The Silent Storm is the script that came out of that journey.”

"I left my life in London, sold everything and bought an old, clapped-out Land Rover, converted the back so I could sleep in it and explored Scotland for a year."

Set on the rugged and remote Isle of Mull, it was much harder than Corinna first thought to find the perfect location, but just as she was giving up she found it.

“We had 90mph winds and I was driving down towards this bay. It was so full on and gnarly that I thought I better stop or I’ll probably die if I go down there! I did a three point turn and turned around when a massive 200 year old oak tree fell into the road. I ran down the road shouting for help and ran to the nearest house. When the owners opened the door, I walked in and it was like the set of my film, and I thought, wow this is it.” 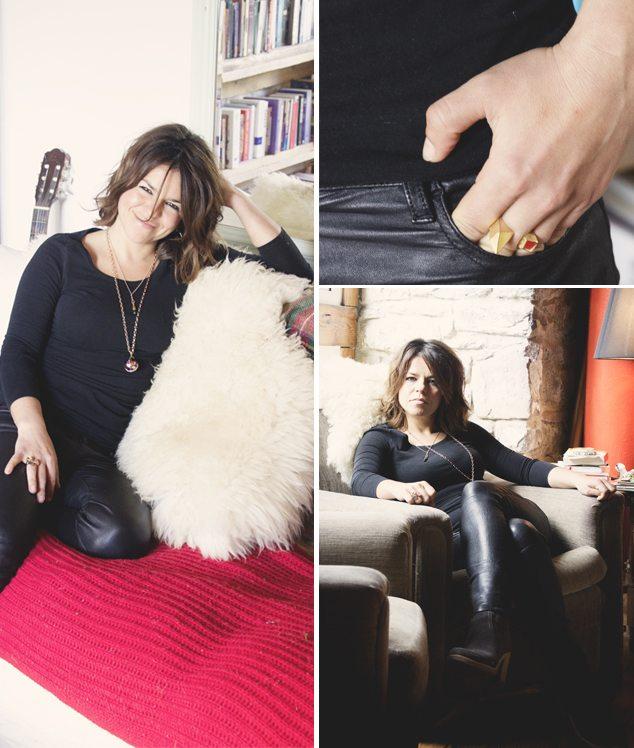 “It’s a marmite movie, people either totally love it or totally hate it! It explores some difficult themes and celebrates the feminine capacity to heal, love and forgive, but that’s ok because then it’s a conversation.”

The Silent Storm has received reviews ranging from 4 stars in The Times and Empire, to absolute hatred from other reviewers. Corinna is very philosophical about this though: "I would much rather be loved or loathed instead of getting a middle-ground response; it’s a Marmite movie - people either totally love it or totally hate it! It explores some difficult themes and celebrates the feminine capacity to heal, love and forgive, but that’s ok because then it’s a conversation.” 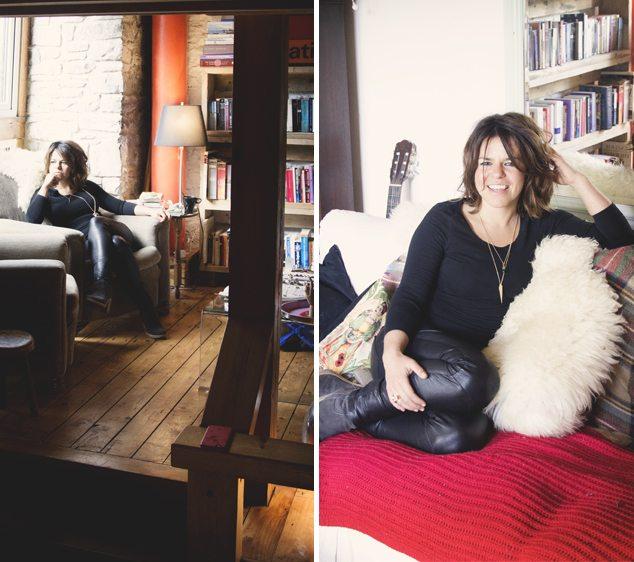 Corinna deals with negativity in a refreshingly positive way. “There are so few people who make films, of those there are so few who are women, so I feel vindicated that I’ve got the courage to do what I do and expose myself in this way, tackling unconventional and challenging themes. Critics are also male-dominated, with the majority of journalist reviewers being middle-aged men, so when shown the darker side of masculinity, they’re just going to say it's rubbish.”

Corinna wants and hopes her film will spark a conversation around the celebration of the feminine. Although the film is set in the 50’s, the themes, particularly the oppression of women, is still relevant today, with a huge percentage of women, like Aislin, being oppressed in the name of a god and a religion.

Excited for her film to hit the big screen, Corinna is also reminded of how much work independent films need to do to overcome the bias towards Hollywood and mainstream films. “We really need people to turn out and support it in the first week because independent film doesn’t get any support; you don’t get billboards, advertising on buses or popcorn advertising – it’s a real David and Goliath thing, especially in British cinema.”

We also took the opportunity to talk to Corinna about the most important pieces of jewellery in her life and her jewellery style.  As a director, Corinna’s job is often very hands on, which means she doesn’t wear jewellery as much as she would like when working; “I absolutely love jewellery, but whenever I’ve been given something from my parents and loved ones for big birthdays, I’ve always been so paranoid of losing or breaking it.”

With this in mind she keeps her style minimal and simple, with a focus on earrings and bangles. But when she gets the chance to dress up for film premieres and big events, Corinna makes the most of it by making a statement with her jewellery. Unique and edgy jewellery is her preferred style, wearing some quirky designs such as gold plated zip earrings. “I used to be into just silver jewellery, but I’ve really got into gold jewellery recently.” 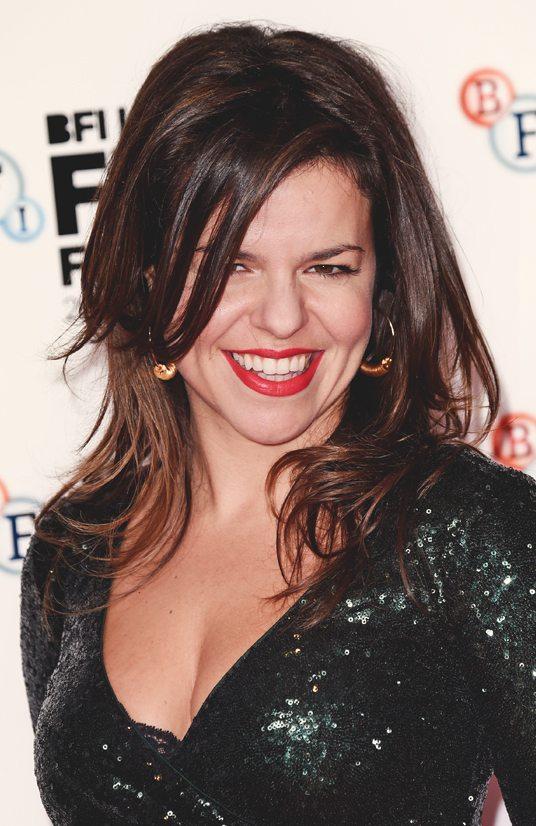 Delving into her refined jewellery box, Corinna tells us about two of her most precious pieces. “I have two incredible antique necklaces which were given to me from my mum. They are super cool, but as they are antiques and mean so much to me, they don’t get to see the light of day much. I couldn’t bear to lose them – and I’m not quite there yet with insurance!”

As a born and bred Londoner, Corinna’s current setup is much quainter. She’s living in an 1860’s water tower in Bristol, nestled in the woods, whilst she works on her next projects.

Inspired by gritty directors such as Danny Boyle, Corinna is currently in the process of writing a screwball comedy set in London with a plan to produce a documentary about the state of the childhood experience in the modern day. “I really want to make different genres of films that explore the same sort of themes.”

You can see The Silent Storm, released by Sony at screens nationwide from Friday 20th May. 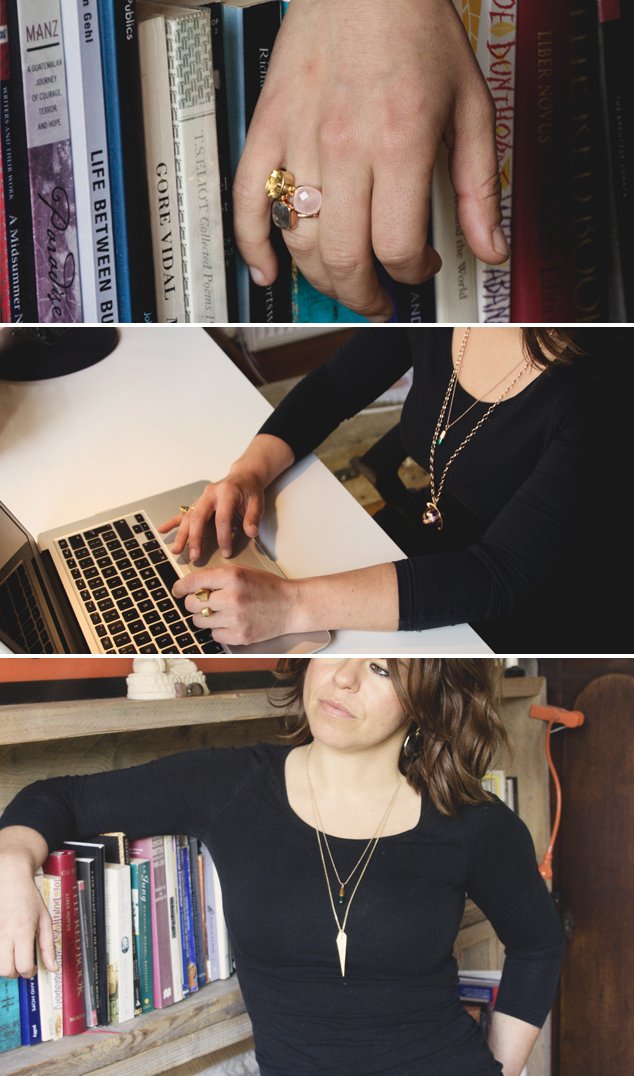