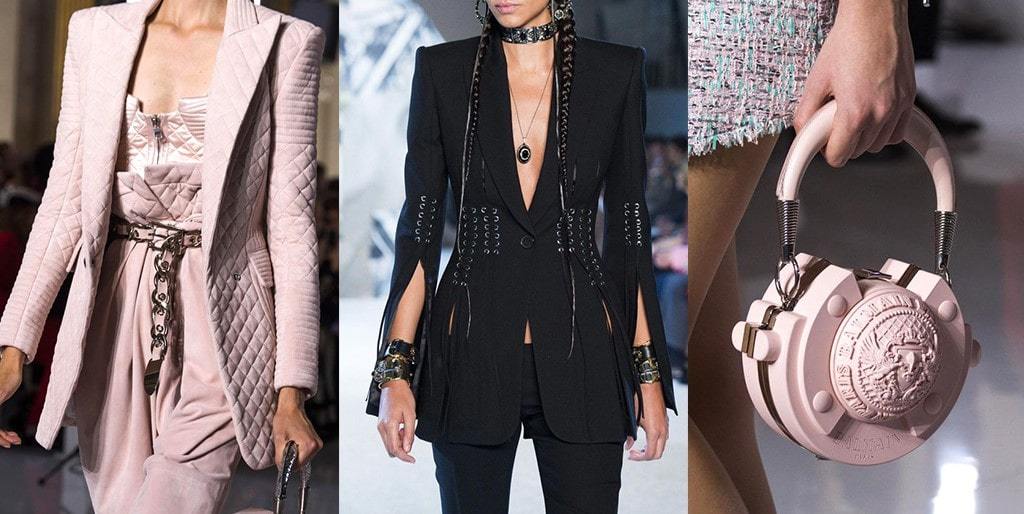 So far, 2019 has been rammed full of fashion experimentation and inspiration. From New York Fashion Week, to London Fashion Week, to Milan Fashion Week… to the recently much anticipated Paris Fashion Week. Paris is a city known for its exuberance, romance and high fashion. What better place to host a fashion event?

Picture yourself sat at a Parisian coffee shop, croissant in hand, the sun gently reflecting off of your elegant and chic jewellery. We’ve been following the top models that starred in Paris Fashion Week, and they’ve been living this exact dream (along with a few hectic photoshoots, jam-packed runway schedules and rehearsals thrown in). Take a look at some of our favourite looks from Paris fashion week, as modelled by some of the most confident and successful models of the moment…

Kukua Williams’ modelling career has skyrocketed in the past year. She’s travelled the world, and modelled for reputable brands such as Mugler, Topshop, Coach, Michael Kors, Kate Spade New York, Vogue Runway and Louis Vuitton to name a few. Not only is Kukua a successful model, she is also a recreational blogger. Her online publication A Mixed World tackles issues of monoculturalism and racial prejudice within the fashion industry. Kukua also talks about her own personal experiences with racism, and she writes that she is “a mixed race girl living in a mixed up world”. It’s time to introduce more diversity into the catwalks, and make the fashion industry representative of those who it targets the most. After the blog became an initial platform for Kukua to start a discussion, the catwalk has since become the platform to project her voice and reach even further. We’re rooting for you Kukua.

Here, she can be seen walking as one of the #chloeGIRLS in the @NRamsayLevi runway show, which you can re-watch on IGTV. Chloé is a “luxury Paris fashion Maison founded on the principles of freedom, lightness and femininity”. The inclusion of mixed media jewellery is symbolic of this uninhabited sense of style. It is expressive. It is impactful. It is strong. In re-writing the traditional bounds of femininity with our jewellery, we promote a fashion industry that stands for equality. Take a look at some of our JewelStreet picks that resonate with this theme. 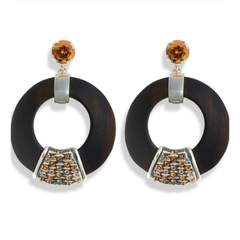 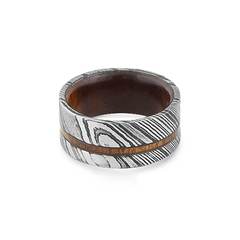 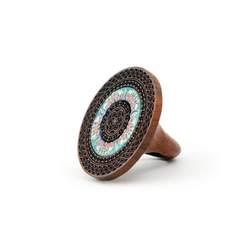 Saskia has showcased numerous looks for high fashion luxury brands in the past. For Paris Fashion Week, she took part in a show that really broke the mould with it’s engaging and thought-provoking jewellery styling. One look that particularly stood out was when Saskia donned a dichotomy of angular and curved jewellery at the Alexander McQueen show. Enveloped in demure darkness, Saskia’s jewellery took on an air of futurism and fantasy. Multiple mismatched studs, hoops, ear cuffs, chokers and chains were all incorporated. Thematic lines of speed, technology and youth are present within her look here.

Alongside her successful modelling career, De Brauw has a background in photography and textile design. She focuses on that which is visual and that which is sensory: “We leave traces with our energy and vibrations. We leave something of ourselves behind everywhere where we pass. This is what always fascinates and inspires me”.

Much like Saskia’s statement, jewellery emits its own energy and is reflective of the individual that chooses to wear it. When we eventually pass, our jewellery moves to the hands of another. Jewellery contains an essence in and of itself, but it also holds a part of you. What message does your jewellery convey? 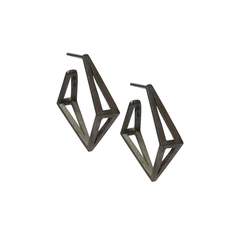 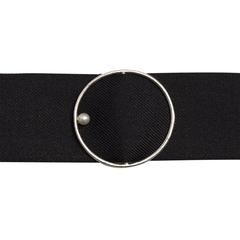 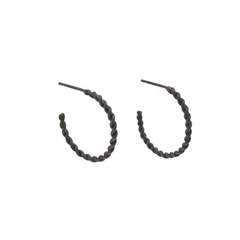 Adut Akech Bior is a young model and former child refugee. After migrating to Australia from Kenya’s Kakuma refugee camp, Adut’s modelling career has been on the rise. Showing no sign of slowing down, Adut appeared in the Valentino show at Paris Fashion Week. This featured a whimsical collection by Pierpaolo Picciolo that used love and romance as a springboard for creative prowess.

A quote taken from the @maisonvalentino Instagram reads “The world is moved by love, it is set free by it”. We must not lose sight of the connections that we share with each other. This was a show all about the connections of love, that interweave through each individual’s own narrative. A combination of “bold graphics, reinterpreted iconography and powerful poetry” created a truly mesmerising statement style. Your jewellery presents an opportunity to channel this love, and champion those who are empowered by it. Adut’s drop earrings, for example, offered another opportunity for an elegant pop of colour, highlighting the accents of red within the garment itself.

Irrespective of her subsequent fame from the fashion world, Adut has always remained aware of the current climate of instability and economic disparity. Alongside the other two models featured within the article, Adut wishes to bring about change by using her platform to raise awareness of wider issues. She has spoken widely about this as a guest editor on CNN Style. Don’t just have a statement style. Make a statement with your style. 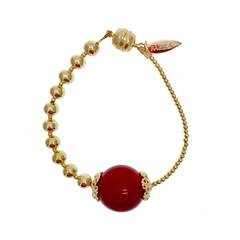 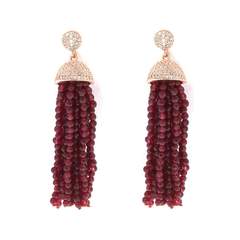 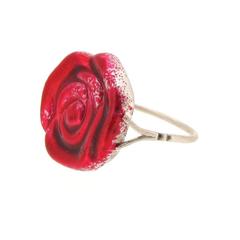