Nothing is more Summery than the month of August, except the August birthstone, Peridot. Peridot is a stunning gemstone which is somewhat overlooked and forgotten about. Today, we’re going to tell and show you why peridot should be at the top of your jewellery list.

Peridot is born from the mineral Olivine and is mostly found in mafic and ultramafic rocks. Peridot can also be found in lava and meteorites. Along with diamond, it is the only gemstone that is formed deep in the Earth’s mantle. Peridot is one of the oldest gemstones, dating back to 1500 BC.

They vary in size and shape but are consistent with their colour. Peridot is one of the few gemstones that only have one colour, which is an olive-green. The tint and intensity of the green can change, depending on the amount of iron inside the crystal structure. Peridot gems are consistently olive-green, but can have hues of yellow and brown.

Peridot is overlooked in the jewellery world due to its hardness level on the Mohs scale. Having a hardness of 6.5 means it is a soft gem and is the same level of hardness as glass. However, it is used in jewellery due to its colour and status as a birthstone.  Peridot is used by many high-end and luxury fashion brands, like Chanel, Bulgari, Boodles and Faberge. 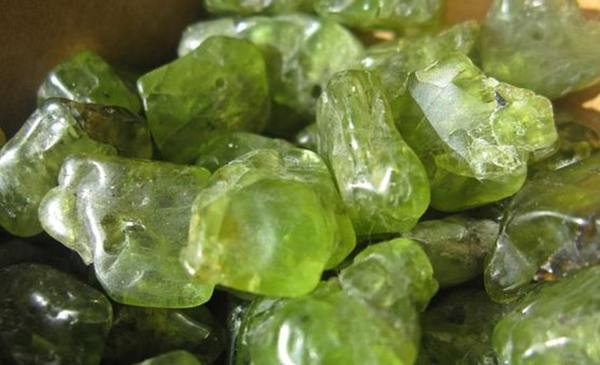 Peridot is often called the ‘poor man’s emerald’ but it’s better known title is the ‘Gem of the Sun’, coined by the Ancient Egyptians. They believed that peridot protected them from the terrors of the night.

In 2003, NASA reported that peridot had been found on the planet Mars. This sighting makes peridot the only gemstone to have ever been found on another planet.

In the ancient world, peridot was used as a talisman to ward off anxiety. It was also used as a medical remedy. It was powdered down in order to cure asthma and was held under the tongue to help those with a fever. It is also said to bring good health and restful sleep to its wearer.

Peridot has strong positive spiritual power and is known as a stone of compassion. Peridot is said to bring peace to relationships by balancing one’s emotions. It also inspires creativity.

Peridot has been the August birthstone since 1912. However, there is a traditional rhyme about peridot that warns August babies of it: “The August born without this stone, ‘tis said, must live unloved alone.” This just proves that peridot is a necessary gift for an August baby! 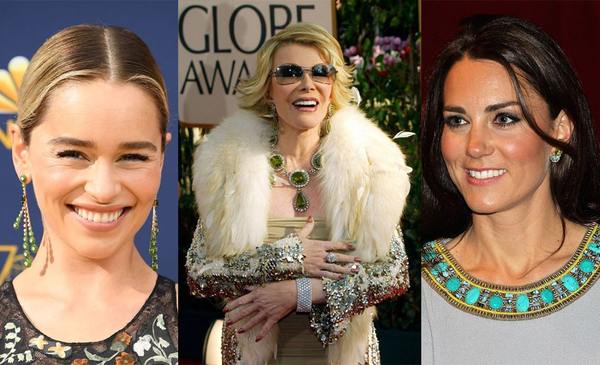 Embrace the beauty of the August birthstone and indulge in stunning peridot jewellery. Bring peridot back into the spotlight and make it your Summer jewellery staple.

Peridot necklaces range in price depending on the extravagance and opulence of the piece. A peridot necklace is a great way to start your investment in peridot, as it looks stunning in so many different styles. Keep it simple with a pendant necklace or go for something more embellished, like Joan Rivers (pictured above.) Peridot also works beautifully with both silver and gold, proving its versatility.

Combine underrated peridot with a forgotten accessory… a bracelet! Peridot works beautifully with other gemstones, so match peridot with a bright and deep emerald, a warming citrine or sparkling diamonds. For something subtle, make peridot the star of the show on your bracelet.

Peridot is rarely used in engagement or wedding rings but its status as a stone of compassion proves it needs a place in your special day. If you’re on a budget and your other half loves emerald, peridot is a cheaper and lighter version. Paired with diamonds, it has a wonderful sparkle. A peridot cocktail ring would also make a strong statement.

Earrings and peridot are the perfect combination, as both are so versatile. Go ultra-glamorous with drop earrings like Emilia Clarke (pictured above) or keep it simple with an everyday pair of studs. Take a leaf out of Kate Middleton’s book (pictured above) and pick peridot earrings that feature another gemstone, like aquamarine or citrine.