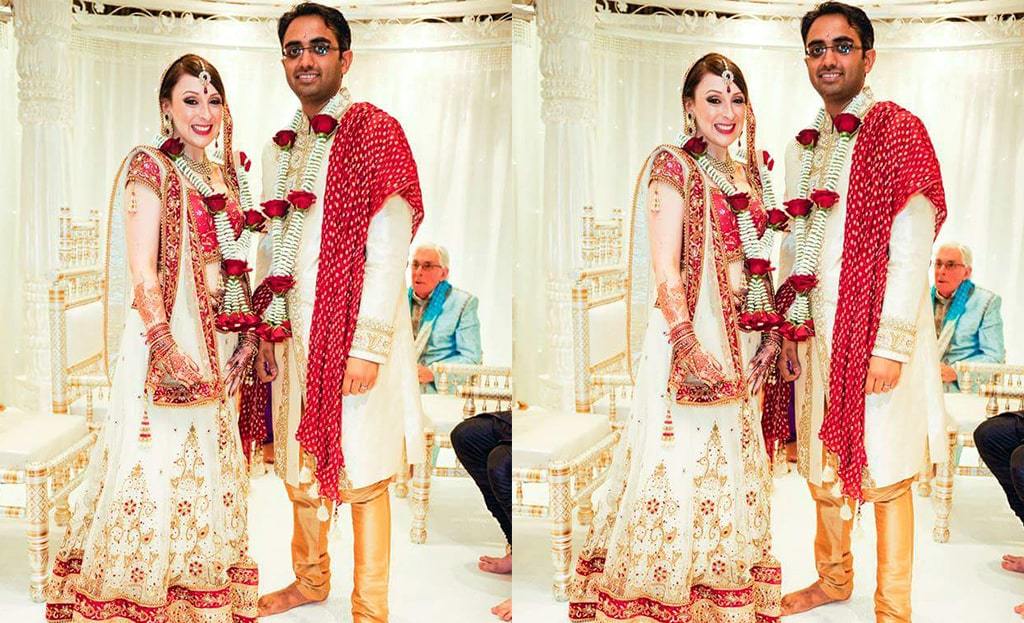 I met my partner when a mutual friend introduced me to him at his 25th birthday drinks. We both played in bands and we chatted about rehearsal rooms... although I did have a throat infection at the time so I sounded like Marge Simpson.

He decided to propose after we'd gone to bed following a friend's wedding reception in Feeling, Kent. We were chatting about yet another wedding we were going to attend the next day.

I admitted to feeling a bit nervous as it was the first time I would be meeting many of his family members. Also, his mum had a habit of introducing me as his fiancée... awkward! Then, he said "well what's wrong with that?" and told me he wanted to marry me! And that was it!

We didn't tell anyone for a couple of weeks as we didn't want to steal the thunder from the weddings we were attending.

We got married a year to the day we got engaged and will soon be celebrating our 5th anniversary.