The Best Looks From Game Of Thrones 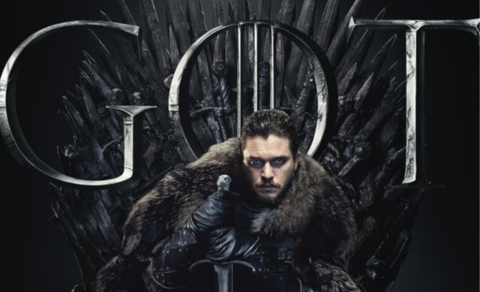 The long wait is over. Winter is here and Game of Thrones is back with its final season, having made everyone wait for almost two years. The last season that finished in 2017 left us with a cliffhanger. The dead are advancing on the living with a zombie dragon in tow, Daenerys Targaryen and Jon Snow are on their way to Winterfell and Cersei Lannister is planning her own attack. Every Game of Thrones fan will be glued to the television on April 15th and I will be right there with them.

Apart from the incredible fight sequences, twists that no-one saw coming and did I already mention dragons?!, Game of Thrones has given us endless fashion inspiration. There have been some iconic fashion and jewellery moments amongst all the fighting. Costume designer Michele Clapton designs incredible medieval garments, going into strenuous amounts of detail to get the styling perfect and true to the books by George R. R. Martin.

Michele has also used clothing and jewellery as a way to progress the characters. For example, Cersei Lannister rarely wears jewellery, but a Game of Thrones insider has commented that when Cersei is spotted in jewels, they are used as a form of protection. The necklaces that Cersei typically wears are chokers and in a classic gold colour, to serve as a reminder as to who her family is and that she is royalty. Crowns, flowing gowns and signature colours run throughout the series of the programme. Jewellery is mostly used as a symbol to represent the houses of the Seven Kingdoms, like rose rings for House Tyrell, wolf pins for House Stark, lion necklaces for House Lannister and dragon belts and chains for House Targaryen.

Without further ado, here are my favourite looks from Game of Thrones and how you can replicate the style with JewelStreet jewellery. 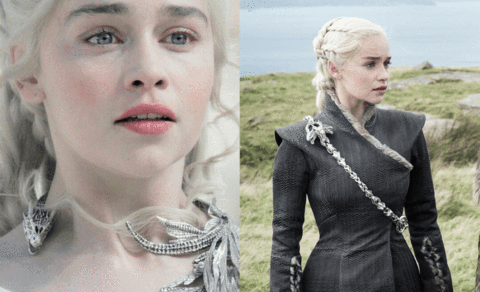 Mother of Dragons, Daenerys Targaryen has progressed from a scared child to a fierce Queen. When she married Khal Drogo in the first episode of the programme, she was given three dragon eggs as a present, as the Targaryen sigil is a fire breathing three-headed dragon. Daenerys became Mother of Dragons after walking into her husband’s funeral pyre and thus her 3 dragons, Drogon, Rhaegal and Viserion were born. Since then, Daenerys has sported dragon symbols in her jewellery. To symbolise her status as Mother of Dragons and the Breaker of Chains, she wore a silver dragon brooch that ‘breathed’ a long silver chain that wrapped around her body. The most iconic dragon jewellery is her dragon choker, that she wore in four episodes in series 5 and 6. The neck sculpture is an open choker that wraps around her neck, representing her dragon Drogon. The attention to detail is exquisite, showing Drogon’s intricate facial features and the scales on his tail. 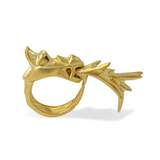 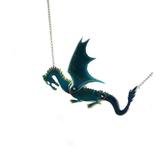 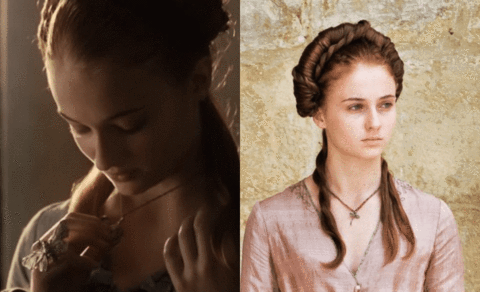 Sansa Stark has endured a great deal throughout her time in the show and the costume designers show this through her wardrobe. As Sansa’s character develops so does her wardrobe. At the start of the show, she wears blue to represent her Stark heritage. When she becomes involved with the Lannisters, her dresses become more open and she wears gold, the Lannister’s colour. During the show, we see Sansa develop a love of purple, gradually returning to her former Stark colours and showing her dismissal by the Lannisters. As Sansa starts to play the Game of Thrones, she wears black and sports dark outfits and jewellery when she becomes Lady Stark. In season 1, Sansa is seen wearing insect inspired jewellery, including a dragonfly necklace and a moth ring. Many fans have determined that her dragonfly necklace represents the agility of the dragonfly to flee danger and how they adapt their skin to blend into their surroundings, two things we have seen Sansa do. Her oversized moth ring which spreads across most of her fingers symbolises determination, a trait that Sansa definitely has. 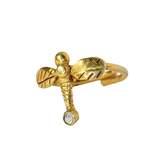 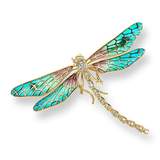 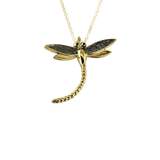 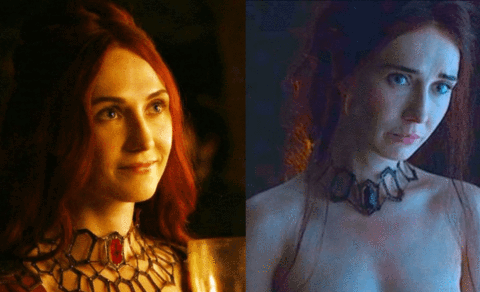 Melisandre or the Red Woman is a shadowbinder and priestess, who has had a tumultuous relationship with fans during her time on the show. From giving birth to a shadow baby, to burning Shireen at the stake, to resurrecting Jon Snow, she has been loved and hated by fans for her magic and constant interference. Melisandre is noticeable by her red hair and red clothes but she is always seen wearing her trademark necklace. The gold choker with a red stone at the centre is always seen around her neck, except in season 6. In the first episode of season 6, Melisandre removes her necklace and becomes a frail old woman, showing that her necklace is the key to her youth and the source of her magic powers. While we all wish we had a magic necklace, we’d happily settle for a beautiful Gothic-inspired gold and ruby necklace replica instead! 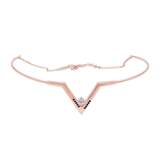 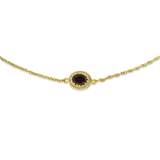 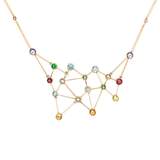 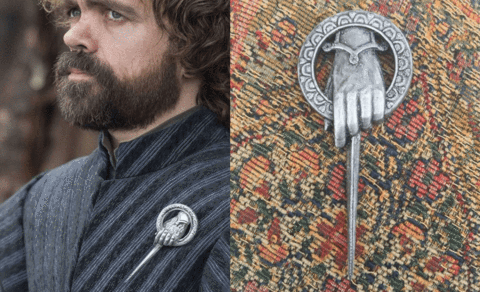 Tyrion Lannister is my favourite character and one that has gone from strength to strength throughout the run of the show. Although despised for being a dwarf by his family, Tyrion doesn’t allow their criticism to hurt him and has fought bravely for his kingdom. Tyrion become Daenerys’ hand in season 6, vowing to help her in her quest to becoming Queen of the Iron Throne. From then on, Tyrion wears a silver pin on his cloak, depicting a hand holding a sword. The symbol of the hand is a constant symbol for anyone who is given the role and represents hands guiding the way. 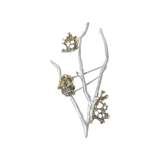 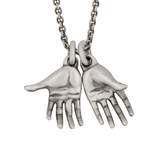 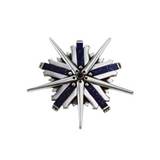 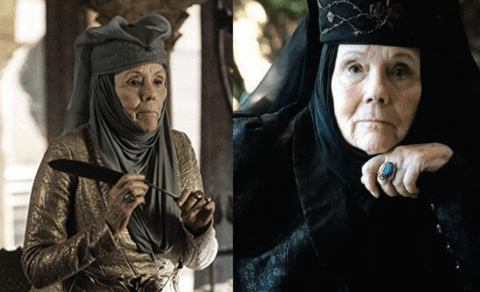 Olenna Tyrell arrives at King’s Landing after her granddaughter Margery is betrothed to King Joffrey. Olenna is a dangerous character, the power behind House Tyrell and is the person who killed Joffrey at the infamous Purple Wedding. In fashion, Olenna is a big fan of jewellery. She wears large fabric headpieces and high necklines so she wears bold and colourful rings for extra sparkle. She regularly wears 2 or more rings and leans towards gold and floral symbols, representing House Tyrell. Her flower jewellery looks simple and pretty from far away but at a closer look, the flowers are surrounded by thorns, showing her sharp and dangerous side. Her most popular ring was her gold ring with a cat eye turquoise gemstone in the middle. The stone peeks out from the gold floral and feather detailing and matches Olenna’s signature blue and gold outfits. 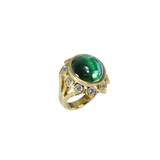 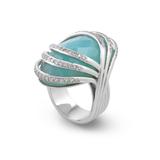 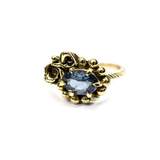