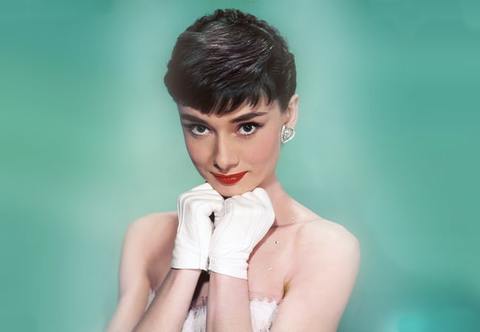 Hollywood’s golden age of film saw the world’s most famous actresses dripping with the finest jewels. In 1953 Marilyn Monroe declared that diamonds are a girl’s best friend. 60 years on, not only is that true, but the diamond industry is no longer a man’s world, with De Beers professing that 50% more women are buying themselves diamond-only jewellery. Women today have an appetite for diamonds. But let’s not forget where it all started - the site of glitz, glamour and diamonds galore - Old Hollywood.

Both on and off-stage, notorious Hollywood actresses were always spotted in the most plush and opulent gemstone jewellery. The world became obsessed. Celebrity gossip erupted in a global fixation on the cut, clarity (and price tag) of the outrageous engagement rings of tumultuous Hollywood couples. But who wouldn’t be mesmerised by diamonds the size of gobstoppers?

Today I’m shining the spotlight on the amazing jewellery of the iconic Old Hollywood actresses. From Audrey Hepburn’s pearl collar to one of Elizabeth Taylor’s (many) engagement rings. Swoon over these diamond delights. 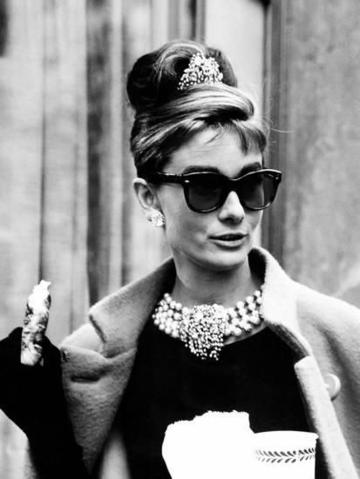 To start the list is a pop culture classic. Audrey Hepburn’s ensemble in the opening scene of Breakfast at Tiffany’s has become an emblem of Old Hollywood glamour. Out steps Hepburn from a yellow cab, observing the Tiffany window display whilst enjoying a coffee and croissant. As she gazes upon the gemstone chandeliers within, the shop switches to the inside perspective. There stands Hepburn wearing the most magnificent collar of diamonds and pearls. From the oversized shades to the elegant hair pin, Hepburn radiates power, glamour and poise.

Grace Kelly diamond necklace in To Catch a Thief 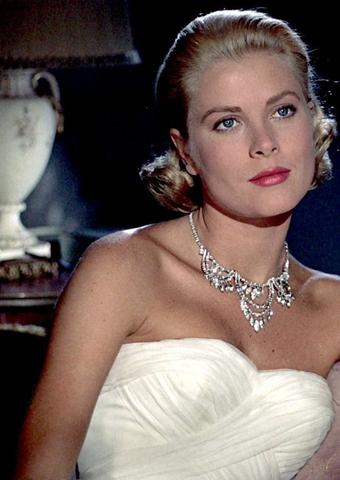 When Grace Kelly looks so ravishing in diamonds, it’s no wonder that mining companies such as De Beers want a slice of the action. The long-established diamond company sponsored the 1955 Hitchcock movie To Catch a Thief, whereby Cary Grant and Grace Kelly star in a romantic thriller drenched in diamonds. In the iconic scene where Kelly seduces Grant, she is wearing a glittering diamond necklace against a backdrop of fireworks in the French Riviera. Her role in this film apparently captured the attention of the Prince of Monaco, who soon wed the Hollywood actress after her appearance in the film.

Ava Gardner in The Barefoot Contessa 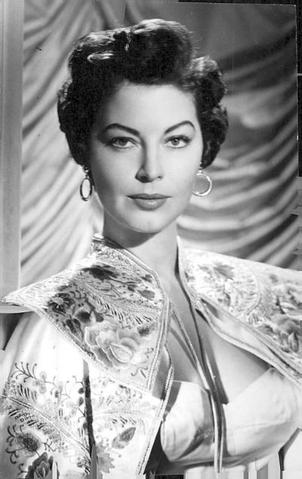 As we know, hoop earrings have been a jewellery box staple for the past 20 years. As Old Hollywood is considered a golden age from both a film and fashion perspective, it’s no surprise that hoops were among the amazing jewellery designs sported by women during this era. During the meet cute in 1954 film The Barefoot Contessa, Ava Gardner is spotted in Italy dancing whilst wearing a gleaming pair of gold hoops. This iconic jewellery item is today bound to its contemporary context, popularised through modern hip hop culture. Seeing them adorning Old Hollywood actresses illuminates the timelessness of hoop earrings. For who wouldn’t want to look this glamorous wearing hoops? 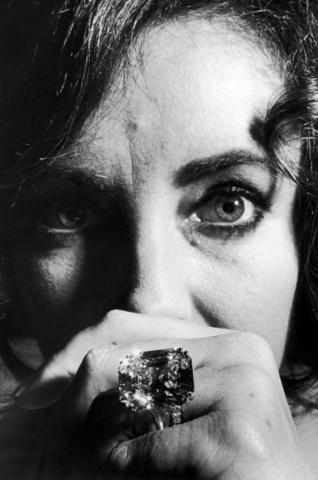 Over Elizabeth Taylor’s eight marriages, the Hollywood star became renowned for the quality and extensive range of expensive jewellery she collected, often gifted from her lovers. Richard Burton - now considered Taylor’s great love - joked that ‘the only Italian word she knew was Bulgari’. Burton gifted the actress a glittering array of jewels over the course of their relationship, including the affluent Bulgari diamond suite which he proposed to Taylor with estimated at $15 million. Five years into their marriage, Burton bought Taylor the Krupp diamond - a 33.19-carat Harry Winston diamond ring, now known as the Elizabeth Taylor Diamond. This ring has gone down in history as one of the most opulent engagement rings in celebrity culture. Visibly, that’s certainly a title that would be hard to top. 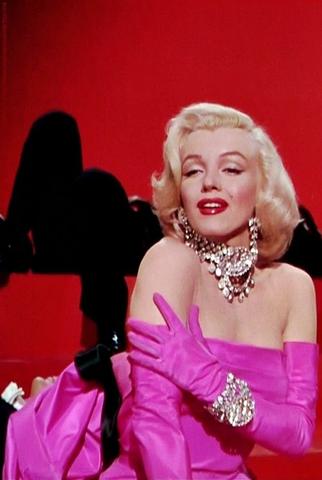 Marilyn Monroe embodies the phrase ‘diamonds are a girl’s best friend’. Her musical performance in Gentlemen Prefer Blondes had a huge economic impact on the jewellery industry. Diamonds soon became an imperative feature of engagement rings. In 1947 Frances Gerety coined the phrase ‘a diamond is forever’ for the De Beers advertising agency. Whilst her diamond choker and cuffs in the film were faux, the lasting effect this musical number had on society was paramount in terms of the demand for diamonds. When you have the muse of Marilyn Monroe exemplifying the desirability of the gem, it’s no surprise that women everywhere wanted to follow suit. 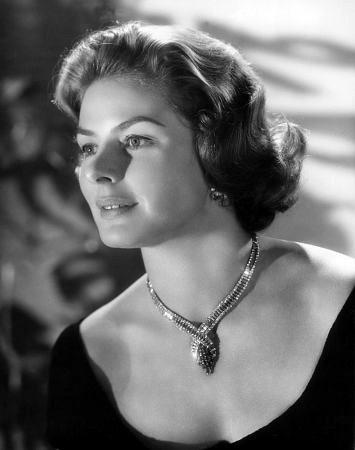 To end my list I have chosen Ingrid Bergman’s ruby necklace from the film Indiscreet. The unusual twisting design is striking and unconventional for the period. The necklace features two strips of diamonds interlocking in the middle around a ruby. Whilst pearl collars and lavish diamond earrings adorn the actress in the film, this ruby masterpiece is truly unique and original. There’s a reason why blood red rubies are increasingly sought-after...

JewelStreet have an array of glittering gemstone jewellery that'll transform you into an Old Hollywood star as glamorous as Hepburn, Taylor and Bergman. Delve into the treasure trove of diamond delights and step into the spotlight today...