Gemstones you need to know about

Who doesn’t love gemstone jewellery? Gemstones are the perfect accent in any jewellery piece. They add glamour, colour and sparkle, and they come in handy when you’re at a loss for what to get someone for their birthday. While everyone knows the monthly birthstones and the four main gemstones (diamond, ruby, emerald and sapphire), there are some gemstones that are equally as beautiful, that you might not know about. Here are the top 5 gemstones that you may not have heard of. 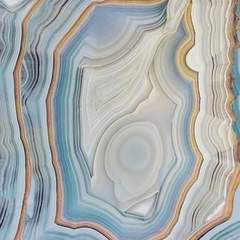 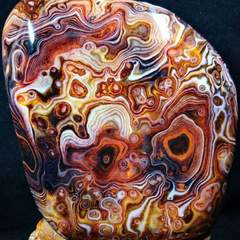 Agate is a rock, primarily made up of chalcedony and quartz. It is a fine grained rock and can be found in various other rocks, like volcanic and metamorphic. Agate comes in a variety of colours and dates back to Ancient Greece, as Greek philosopher Theophrastus gave agate its name in 4th Century BC. There are many types of agate, like Mexican agate, moss agate and lace agate, to name a few, all differing in colour and patterns. Agate is said to have many healing properties and can improve physical health to its wearer. It has healing effects on respiratory diseases and the digestive system. Agate is also a calming stone and brings its wearer great strength.

Due to its hardness and ability to retain shine, agate is used a lot in jewellery and household items, like pestle and mortars and vases. Depending on what colour agate you choose, you can make a beautiful and colourful look. Choose from black, blue lace, red and spiderweb agate, to create a textured and vibrant look, perfect for all year round. Match with other similarly coloured gemstones for a more powerful pop of colour. 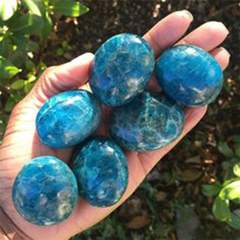 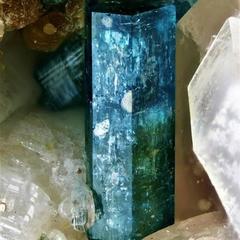 Apatite is a mineral, most frequently used in the environment, due to it being a source of phosphorus. It is most commonly used as fertiliser and can be made into acids and fluorescent. Apatite is infrequently used as a gemstone, due to its hardness and colour. Apatite comes in bright blue, green and clear colours, and is sourced from numerous countries, like Brazil, Canada, Germany, India, Mexico, Norway, Spain and Sri Lanka. Apatite is known as a ‘dual-action stone’ and is said to clear away confusion and negativity, while also expanding knowledge and personal power.

Apatite is a beautiful gemstone to adopt into your jewellery repertoire. Its vibrant blue colour looks beautiful with both gold and silver metals. It also works well with other gemstones, like turquoise, pearl, amethyst, diamond and tourmaline. 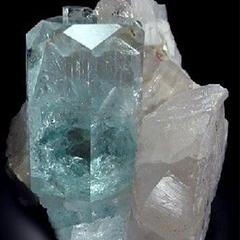 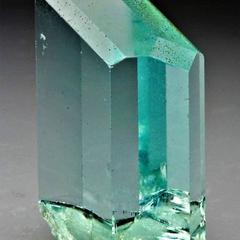 Beryl is a mineral that makes up a variety of gemstones, like morganite, emerald and aquamarine, as well as being a stone of itself. Pure beryl is a colourless stone, but it is often imbued with impurities and come in a range of colours, like green, blue and yellow. Red beryl is the rarest kind of beryl and is only found in a handful of places. Beryl is reported to keep demons away and protect those from danger, as well as increase happiness, love and youthfulness. It is also said to cure laziness and treat heart and spine problems.

As beryl makes up many gemstones, you can really pick whichever colour and variety you like and make it into a vibrant jewellery look. If you want to promote natural beryl in all its glory, pick a natural and neutral colour, like yellow, to really show off its crystal structure. 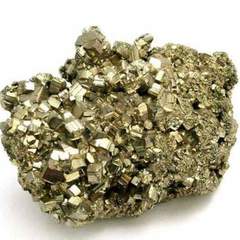 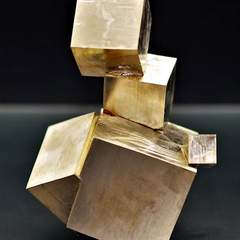 Pyrite is a sulfide mineral and is most commonly known as ‘fool’s gold’. It has a rich yellow hue, similar to the colour of gold and is often mistaken for it, which is why pyrite was given its nickname. It is found in many rocks, fossils and coal. Pyrite has many commercial uses. It was a source of ignition for firearms but is commonly used today to make sulfur dioxide. In jewellery, it mostly makes marcasite jewellery, which is when bits of pyrite is set into silver. This style was worn a lot in the Victorian era. Pyrite is a very protective stone and shields its wearer from any unwanted and negative energy. Pyrite works well with the Solar Plexus Chakra, as it stimulates healing and balancing energy.

Pyrite is a fun gemstone to wear due to its colour and texture. It is an affordable alternative to gold and works beautifully with other gemstones like onyx, pearl and diamond. 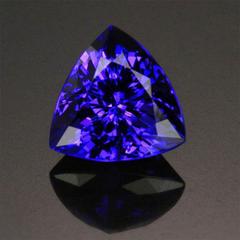 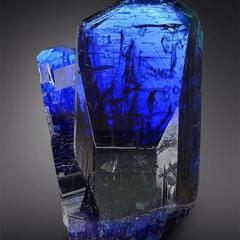 Tanzanite is a zoisite mineral and comes in blue and violet colours. Tanzanite is only found in Tanzania, which is where its name comes from. It is still found in Northern Tanzania’s original tanzanite mine today. Tanzanite rose to popularity in the 1960s, when Tiffany & Co started using it in their jewellery. It fast became the most popular blue gemstone, only beaten by sapphire. It is the birthstone for December, alongside turquoise.

Tanzanite is the more popular gemstone on this list, however it can be overlooked by similar gemstone, sapphire. In jewellery, tanzanite looks beautiful next to diamonds, pearls, gold and silver. It is the more expensive gemstone, due to it only being mined in Tanzania. For a rich and bright blue accent, tanzanite jewellery is the perfect choice. It adds a touch of glamour and sparkle to any look, and is ideal for special occasions and high-end events.