The High-Fashion History of Costume Jewellery 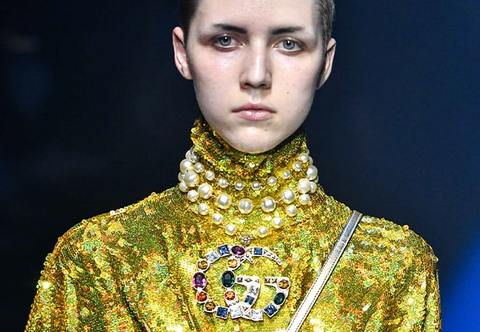 Costume jewellery has a long and controversial history. Branded fake, cheap and inauthentic, this jewellery trend has experienced its fair share of disapproval over the years. Whilst costume jewellery has been around for over three centuries, it exploded onto the fashion scene in the early twentieth century. When highbrow fashion houses such as Dior and Chanel started launching costume jewellery collections, the distinction between cost and worth became blurry. Glass gemstones and inexpensive metals formed highly desirable jewellery pieces, providing women with an affordable way of wearing stylish and on-trend accessories. 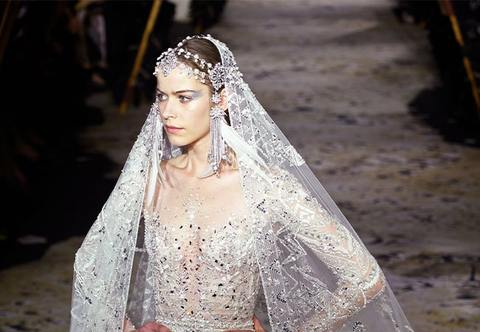 Due to the fact that high-fashion harbours connotations of elitism and luxury, costume jewellery seems like an area of fashion that is anything but appealing to luxury designers. Nonetheless, it in fact provides a viable avenue for many high fashion houses to explore. Chanel most notably has a long history with costume jewellery. Gabrielle Chanel was notorious for pushing the boundaries of convention and style. During the 1920s, she collaborated with jewellers to release Chanel’s first line of costume jewellery. Jewellery soon became integral to every fashion ensemble. Gabrielle made jewelled wrist cuffs which took the place of a standard shirt cuff. She made pearl collars that would rest above the lapels of one’s shirt.

Through this new outlook towards jewellery, which considered the whole outfit as opposed to individual pieces, revolutionised female dressing. Women could afford to elevate their look through inexpensive but stylish jewellery. Gabrielle wanted these jewellery pieces to spark conversation: “Costume jewellery isn’t made to provoke desire, just astonishment at most. It must remain an ornament and an amusement.” As an era of fun and frivolous behavior, costume jewellery visual embodied the values of the roaring 20s. With bold Art Deco designs and huge cocktail rings that adorned French 75s, costume jewellery reflected society itself.

By the 1940s, the aesthetic of costume jewellery had drastically changed. Due to economic factors such as war and industrialism, the demand for silver meant that yellow gold was the predominant material used to make jewellery. Gemstones were scare and so bold and striking designs were adopted to compensate for the lack of the former. Experimentation with other materials such as copper, enamel and plastic evolved into bigger and brasher jewellery designs. 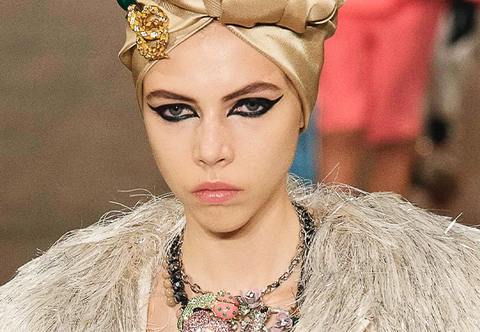 Once war was over, fashion houses such as Dior set higher standards for jewellery and accessories. Gemstones were back and the definition of jewellery had expanded. Cigarette holders, pipes and hair bands were encrusted with rhinestones and gold. Dainty was out, and daring was in.

Today, costume jewellery has a huge appeal to collectors. Renowned auction houses such as Christie’s and Sotheby’s dedicate auctions exclusively to sell costume jewellery. Despite the use of cheap materials, the history and designer labels attached to specific pieces makes costume jewellery highly desirable to many. Indeed, there has always been a market for kitsch and niche fashion pieces. But costume jewellery is alluring in its own right. Whether it’s the inherent theatricality that Gabrielle Chanel argued is synonymous with costume jewellery. Or rather the nostalgia captivated within visibly ‘dated’ jewellery. Costume jewellery always seems to resurface in designer collections year after year. 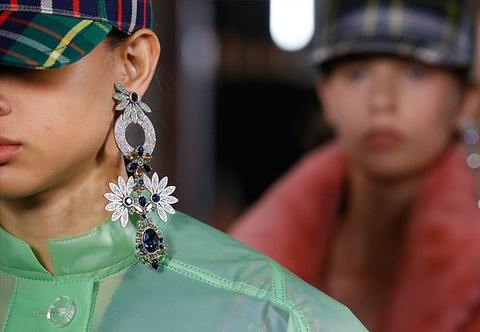 Just today, Pharrell Williams and Chanel have released their collaboration featuring hoodies, bucket hats and costume jewellery in celebration of street fashion and culture. Interestingly, costume jewellery has become a vehicle to express innovation and progression within the fashion industry. Pharrell comments in an article by Vogue:

“Gabrielle Coco Chanel didn’t see partitions, and it’s interesting, because neither did the brand when it came to giving me a shot,” says Williams. “[Chanel] is not afraid of these things, just like [Gabrielle] wasn’t afraid. There doesn’t need to be boundaries as long as you can hold onto the heritage and continue to push it, like Karl always [did]. We don’t need walls, we need bridges.”

Costume jewellery, therefore, becomes an emblem of fashion history as well as fashion innovation. Costume jewellery is an inherent part of Chanel’s history, which adds significance to the fact that it is used to - as Pharrell puts it - build ‘bridges’ to the future. With more and more designers following suit with flamboyant and often outrageous jewellery designs, it seems that everyone needs an item of costume jewellery to stay on-trend.