Last month, we discussed the fine line between cultural appropriation and appreciation. Time after time, fashion brands are criticised for the lack of sensitivity towards other cultures. From offensive marketing campaigns, to blatant fetishising of culturally-specific clothing and garments, cultural appropriation remains rife within the fashion industry. The frustration cycle of ignorance, disregard, yet inevitable condemnation continues to affect individuals across numerous minority groups. And still, two very different questions are asked in light of this. Firstly, how can this still be happening in 2019? Secondly, and perhaps more uncomfortably, where does one draw the line?

In 2018, Gucci received a wave of backlash regarding the use of turbans within their AW collection. Transforming symbols of faith into sartorial accessories reduces the inherent meaning of such items. Where is the sensitivity? Or, to be brutal, where is the better sense? Just last week, Diet Prada outed Italian jewellery brand Nove25 for their use of Native American headdresses in their recent campaign. Diet Prada commented: “The story always starts the same… a ‘harmless appreciation’ that goes awry when the significance of sacred symbols are misrepresented or the sensitive past of oppression, colonialism, and genocide are ignored”.

Diet Prada aptly conveys the shame of such misrepresentation. Histories of trauma and violence cannot be eradicated in the name of fashion. Whilst there is no quick fix to this issue, society relies on the free speech of informed individuals to condemn and educate brands on their grave shortcomings. When it comes to cultural appropriation, there is no other side to the penny. But evidently, people struggle to discern right from wrong, and this is precisely the issue.

If the Sikh turban is considered cultural appropriation - by usurping the values of a religion for the sake of a bold fashion statement - where does that leave cross jewellery, or rosaries. These items are popular in the fashion industry, yet how do they slip under the radar if falling into the same category. Where does religious appropriation fit into the debate. After all, the cross for example, is arguably the most significant symbol in the Christian faith. When fetishised as a fashion accessory, why does it not carry the same weight as the hijab for example?

An article published by The Daily Beast also considered this subject. The journalist Candida Moss asserts: “interestingly, religious appropriation is generally more accepted than other aspects of cultural appropriation”. It even goes beyond religious dress, questioning why Western-adopted practices such as yoga or Native American spiritual sweat lodges receive much less scepticism and backlash than wearing these culture’s symbols, for example.

Moss proposes, “sometimes the line between cavalier accessorizing and sincere religious practice is hard to discern”. Whilst Moss proposes a plausible explanation for such instances, it’s also fair to say fast fashion brands such as Topshop probably aren’t producing cross or evil eye necklaces with the Christian or Buddhist buyer in mind. These symbols have been made fashionable, and it’s likely that most of the wearers are ignorant to the spiritual and religious histories behind such jewellery.

At the end of day, whether or not it’s your body or your propaganda, accessorizing with religious symbols matters, especially when those symbols belong to someone else. 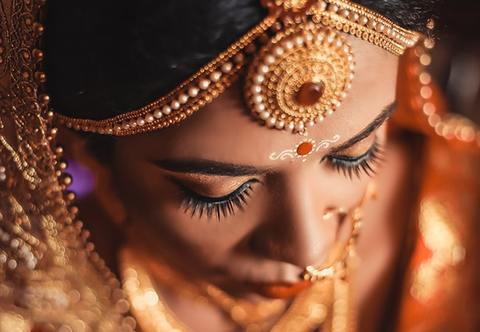 The festival-goers of Coachella have been targeted for a lack of sensitivity towards other cultures through their appropriation of religious symbols. The Bindi is a notable example. A symbol representing the third eye - a higher form of consciousness - has been made a mockery of at Coachella according to the Asian community. In transforming something that is so sacred, traditional, and important to a minority into a ‘stylish’ accessory, the whole significance of the item is undermined.

“As an Indian woman, I don’t know where to start with the appropriation of Indian culture. I get it. We have opulence, grandeur and a rich culture that evokes thoughts such as ‘mysticism’ and ‘exoticism’. When I wear the bindi, it makes me conservative and traditional, but if Vanessa Hudgens wears a bindi, it’s ‘cool’? To add further insult to injury, ASOS decided that bindis were a Halloween accessory (thanks, ASOS, for putting the bindi in the same category as skeleton leggings).”

A factor that further confuses this debate is the apparent green card celebrities had the privilege of receiving whilst displaying some blatant cultural appropriation at the 2018 Met Gala. The theme ‘Heavenly Bodies: Fashion and the Catholic Imagination’ witnessed stars decking themselves in crosses, rosaries and other Catholic iconography. Spiked highlighted the crucial absurdity of this: “here is no doubt a hypocrisy among the chattering classes where mocking religion is concerned. Islam, in particular, is a total no-go, while Christianity has always been fair game”.

Does this suggest there an inherent hierarchy regarding religious appropriation?

With all this said, the solution still lies with the knowledgeable individuals who are sensitive enough to identify the potential for offense with such items. By giving them a platform to discuss such offenses and shortcomings, we take a step closer to informing society to the end of better awareness.

People may dispute certain displays of apparent appropriation. Others will flog the rather dead excuse that appreciation is different to appropriation. Either way, as each of these instances comes to the public eye, the masses, or minorities, will soon tell us what’s okay, and what simply isn’t. So cross pendants and Middle-Eastern Hamsas are free from the onslaught of criticism and outrage for now. Tomorrow - perhaps the religious appropriators will not be so lucky.