Why Fashion Brands Are Expanding To Jewellery

From Fashion Design to Fine Jewellery: Why Designers are Hopping on the Jewellery Consumer Platform.

Over the past few weeks, leading fashion houses Gucci and Tigerlily announced their plans to launch jewellery lines in 2019. The two designers follow in the footsteps of their counterparts, such as Hermes, who also announced the release of a fine jewellery collection earlier this year. An unsurprising move considering the jewellery industry boasts an estimated growth of 5-6% each year. Nonetheless, this trend of apparel brands branching out to jewellery design has become particularly prominent in 2018. Of course, the lucrative potential of such expansions offers a large appeal for such designers. But why now? Why has jewellery become the new toy fashion brands want to play with?


If we delve into this year’s Fashion Week archives, jewellery has notably taken the leading role in dictating style trends. We’ve been hit with a new wave of jewellery. It’s bigger. It’s bolder. And it’s better. Just look at how Alexander McQueen revitalised Baroque this year all through his caged chokers. Or how Chloé refigured the knuckle duster into elegant sartorial art. Designers are no longer tip-toeing around trend-setting, they’re stomping their looks down runways with unapologetic conviction. And who’s the trailblazer in this beautiful evolution? Jewellery.


If jewellery is now fashion’s newfound dictator, then it not only becomes prudent to adapt to such change, it becomes necessary. After all, if you don’t set the trend, you chase it. Gucci’s chief creative director, Alessandro Michele, exhibits an innate understanding of this process. This year he made drastic decisions to revamp the brand, most notably making it fur-free. By diving into the jewellery sector, Gucci sets a leading example to its contemporaries, laying down new and high expectations of designers. Michele’s renovation of Gucci has driven the brand’s shares up by 85% - so just imagine what adding a luxury line of fine jewellery will achieve. 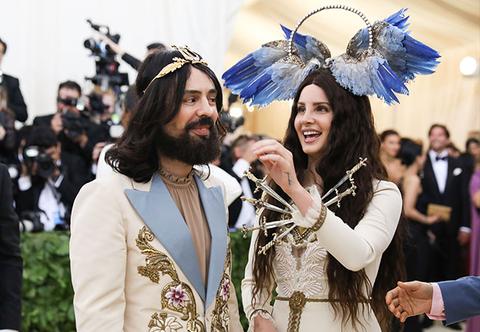 Of course, the fact that jewellery sells is not a grand revelation. If we examine the cultural appeal of jewellery as a luxury collector’s item, we see how the sector attracts a more specific interest that surpasses mere profitability. Auction house Christie’s jewellery sales totalled £388.6 million in 2018 alone, including some legendary pieces such as the renowned 1969 Bulgari Diamond Sautoir and the Winston Pink Legacy. Yes, the profits are sky high, but this more importantly reflects jewellery’s potential to become historical and cultural objects. We remember these items through who wore them, who bought them, and who designed them. Imagine being remembered for designing the most valuable necklace in the world - now that’s a legacy a jacket can’t produce.


This trend also works both ways. Jewellery designers such as Ana Khouri and Sabine Getty have collaborated with fashion lines to transform their pieces into apparel. Indeed, jewellery has always been a key sphere within the fashion industry. But with developments such at these, it is evident that the once separate sectors are becoming interdependent. Even some of our designers, such as Laura Galasso and Yan Neo London founded their careers with fashion apparel. It seems that the mastery of dressing lends itself to the politics of jewellery. Both share an intimacy between man and material. Many of our designers, such as David Gross, put months of work to source the right materials and their subsequent handling:


“We had to find [diamonds] all identical so that the light return would be the same for all the diamonds chosen. It took around two months of searching to find all the stones needed.”

Read about his design process here.

Other designers such as Josephine Bergsoe, comment on how their passion for jewellery stems from family heirlooms and heritage. It seems the power of jewellery goes beyond aesthetics and encompasses something much more profound. As 2018 comes to an end, we anticipate an exciting landscape, filled with bold, bulging brooches and rampant, ravishing rocks. We predict our gallant gemstones will plough the foundations of fashion, propelling statement jewellery to its zenith. 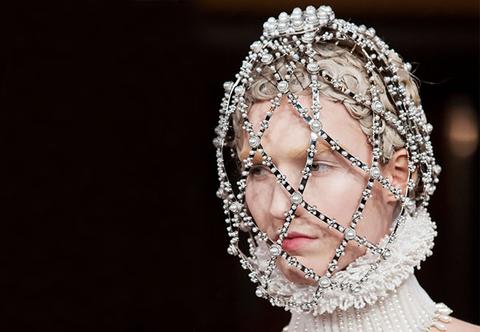 Are we entering the golden age of jewellery?  With the New Year looming, we will soon find out...
I guess you’re never fully dressed without your jewellery.