Why you NEED to be wearing Cameo jewellery 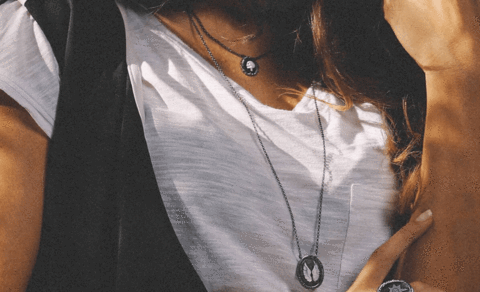 In fashion and jewellery, there seems to be a shift towards more vintage and antique designs, as people and the fashion industry look back in time for inspiration. The ultimate vintage jewellery is cameo, which has been around for centuries and regularly makes its way back into the fashion scene. Cameo jewellery is seen on the runway, on the red carpet and on royalty! Sarah Jessica Parker rocked a cameo necklace to the Met Gala in 2016, Kanye West is a big fan and Princess Victoria of Sweden had a cameo-adorned crown for her wedding day in 2010.

Cameo jewellery never goes out of style and is the perfect vintage trend to introduce to your jewellery box. Here’s why you NEED to be wearing cameo jewellery and where you should look for the best cameo designers on JewelStreet!

What is cameo jewellery?

Cameo refers to the method of carving an object into jewellery. It features a raised sculptural image, that contrasts with a darker and negative intaglio a.k.a a raised gem. The sculpture sits on a darker background, creating a classic cameo design. The sculpture or ornament tends to be made from either stone, shell, ivory or pearl. The background gem and colour is typically black, blue or pink, perfectly showing off the immaculate clean colour of the white sculpture.

Cameo jewellery has been around as early as the 3rd Century BC but is most recognised from the Renaissance and Victorian eras. The sculptures in cameo jewellery were mostly portraits of people, specifically religious figures, rulers, scholars, philosophers and mystery women. However, the Victorians had a big influence on cameos and regularly requested a familiar-looking woman with her hair up, a long neck and wearing jewellery.

Today, cameo jewellery is viewed as vintage and antique. Vintage jewellery is timeless and an item from history, which is why so many people love to wear vintage jewels and fashion. Cameo jewellery is a work of art, with no two cameo pieces the same. They add a touch of art, romance and elegance to any look. If you’re looking for a timeless piece of jewellery, whether it’s a ring or necklace or earrings, pick the cameo design and introduce vintage glamour into your jewellery wardrobe. 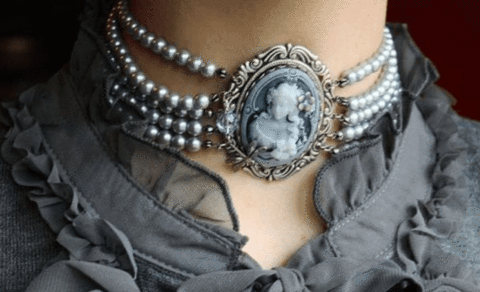 If you’re looking to introduce cameo jewellery into your everyday wardrobe, look no further than these two brands.

Italian jewellery brand, Vintouch Italy are renowned in the jewellery industry for their handmade pieces that incorporate classic design with contemporary style. Designer Alessandro Ricevuto makes cameo jewellery in Torre de Greco, the hometown of cameo jewellery, and uses a fine type of porcelain, known as ‘biscuit’ to create the cameo designs. Vintouch Italy then embellish their cameo jewels with precious gems and pearl accents. Although they use traditional Italian crafting traditions and techniques, Vintouch Italy stray away from the classic symbols of cameo and explore more modern symbols, like flowers, skulls and animals. A contemporary twist on a classic, Vintouch Italy creates romantic, intricate and bold jewellery that will never go out of style. Discover more here. 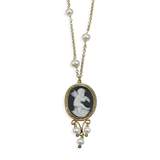 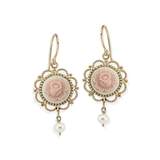 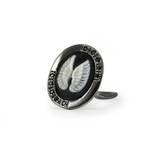 Based in New York City with their manufacturing based in Jaipur, Socheec produces beautiful handcrafted pieces that have established them as one of New York’s top designers. Socheec jewellery is carved from precious and vintage materials like shells and gemstones and infuses artistry and creativity into their bright traditional jewellery. Their cameo pieces keep in touch with the traditional artistry and history of the design, using portraits and faces as their sculptures. The backgrounds have a delicate colour of pink and maroon and Socheec add extra glamour to their pieces with vintage diamond thread. If you’re looking for luxury, look no further than Socheec. Discover more here. 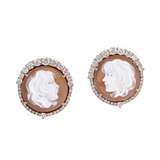 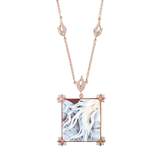 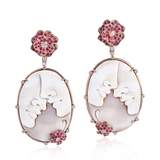